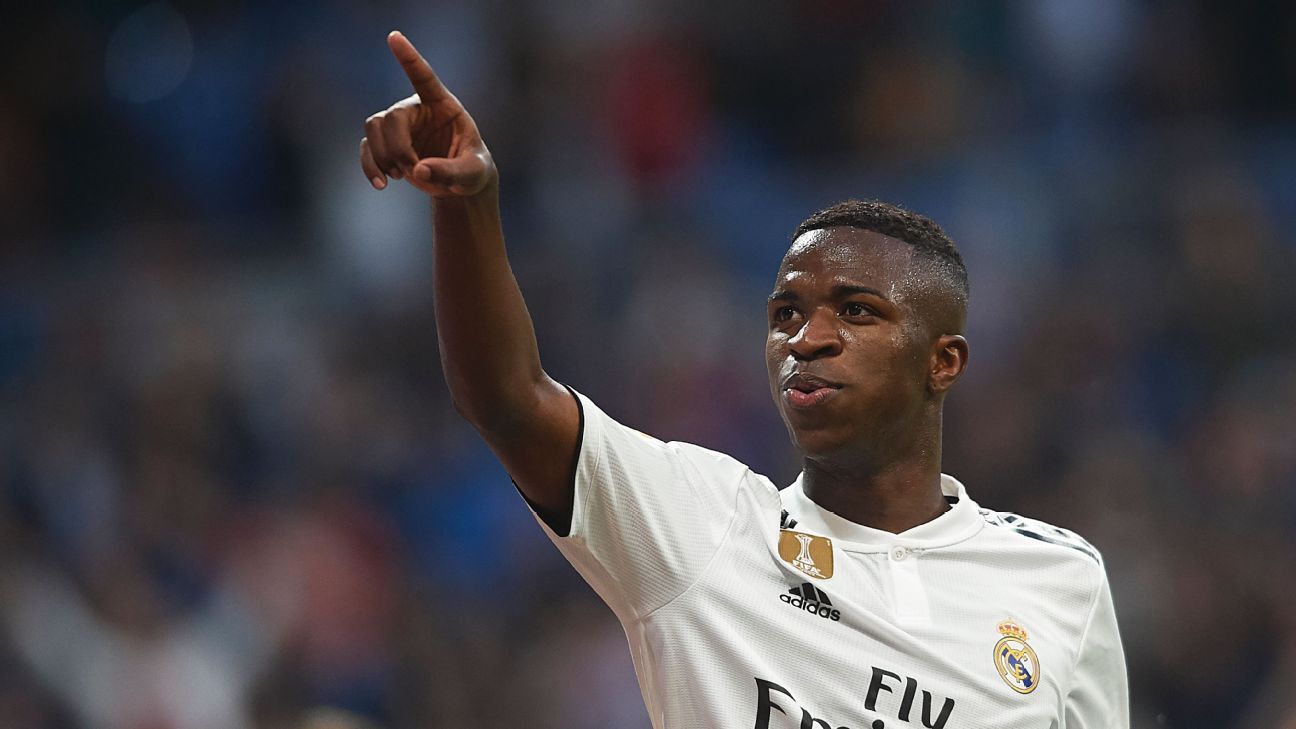 Real Madrid coach Santi Solari has denied his team are reliant on teenage starlet Vinicius Junior amid a difficult run of form for the club.

Madrid are fifth in La Liga having lost to Real Sociedad at home as well as drawing at struggling Villarreal.

Vinicius, who scored in Wednesday’s 3-0 Copa del Rey win over Leganes, has contributed either a goal or assist every 59 minutes since making his senior debut for Madrid last September. He has been given a chance in the team following a run of injuries to key players although is a doubt for Sunday’s trip to Real Betis with flu.

“The strength of Real Madrid is always in the group,” Solari said when asked if it was an issue that his team’s most important player is Vinicius, 18.

“All of our players are important. It is true that bringing new players into a squad which has won three Champions Leagues is also part of our job. A kid of 18 has arrived and doing is very well. And we have to see if he will recover and make the squad, to be finalised today or maybe tomorrow.”

With Marco Asensio, Gareth Bale, Toni Kroos, Thibaut Courtois and Marcos Llorente all struggling with injuries, Solari admitted the club might have to change preparation and training.

“I would not call it unfortunate,” he said. “[Injuries] are part of the game. The explanations are always multiple. It is true there are a lot of injuries. We will look at how we can improve that, and look to get them all back as soon as possible, as we need everyone available.”

Solari also brushed aside questions over Isco, who has fallen out of favour at the club and been linked with a move away.

“I have 24 players and would be happy for them all to play more,” Solari said. “The least enjoyable part of the job is picking the team. I am nobody to give advice to anyone.

“There are players here with lots of experience and trophies. Players who reach the Primera Division, play here for many years, and have won a lot, they know what they need to do.”