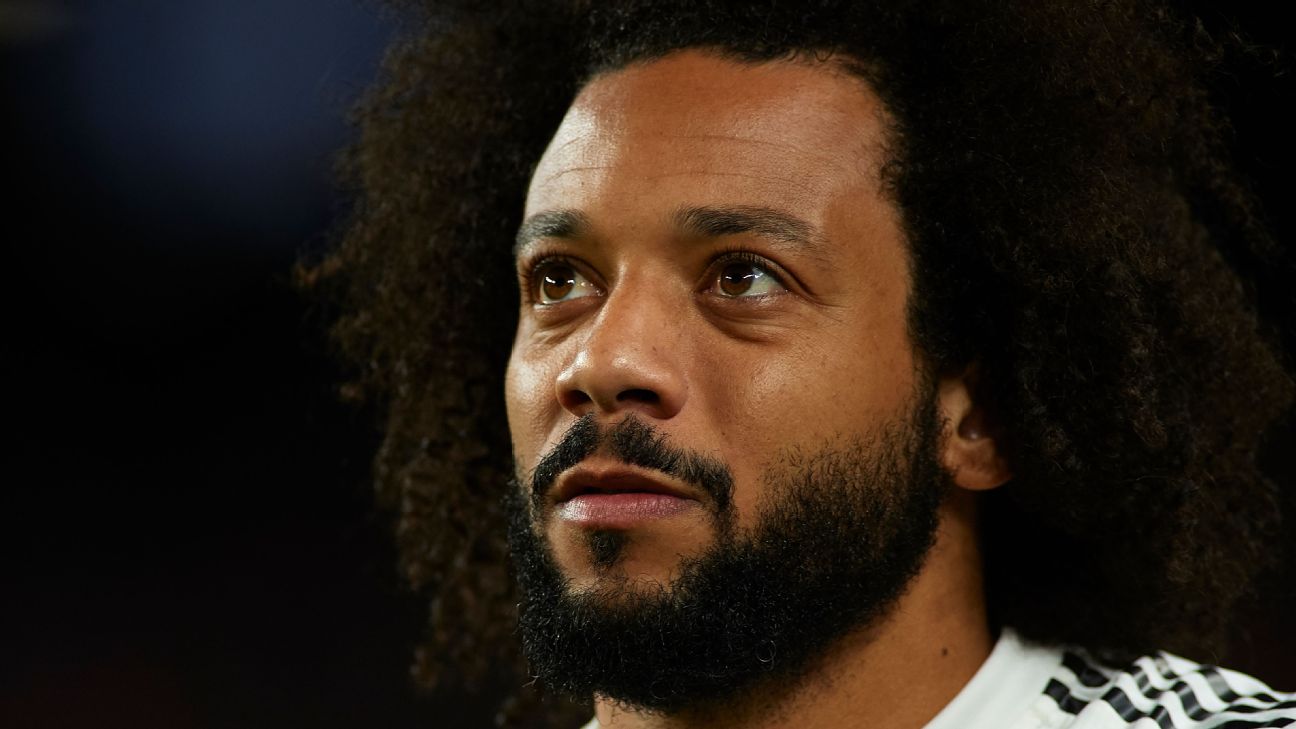 Real Madrid left-back Marcelo says all the club need to do is “pay me up” and he will leave this summer if they want to him to.

Marcelo, 30, has won 20 trophies including four Champions Leagues over more than a decade at the Bernabeu ,but has been on the bench for the team’s last five La Liga games with coach Santi Solari preferring youth team graduate Sergio Reguilon at left-back.

The Brazil international has been regularly linked with a move to join Cristiano Ronaldo at Juventus and told Brazilian outlet Esporte Interativo that he would reluctantly accept an exit if that is what the Bernabeu hierarchy wanted.

“If I am on the list of players [Madrid] want to sell, then they can pay me up and all is sorted,” Marcelo said. “I trust in myself, in my work, but if a day comes when Real Madrid do not want me, I’ll go. I will be sad, but I’ll go. But I am sure I will not be kicked out.”

Ronaldo has reportedly been calling his former teammate in recent months to convince him to come to Juventus, but Marcelo talked down the prospect when asked again about the possibility of a move to Turin.

“I have seen mock-ups [of me] with the Juventus jersey, and they are a spectacular team,” he said. “But I am at Real Madrid, I have a contract here.”

During Madrid’s run to the Copa del Rey semifinals opposition coaches have targeted Marcelo and Solari pointedly refusing to comment when asked about another below par performance in last Wednesday’s 1-1 draw with Barcelona.

The defender accepted that his form had suffered after a run of injuries, but added that he needs to play regularly to return to top fitness and confidence.

“The level I have been showing is difficult to always maintain,” he said. “I am a little below that level at the moment, but my career has been like that, some little dips, and unfortunately this season I had three injuries in two months. I went through a difficult period in my football and within the club.

Solari is expected to keep faith with Reguilon for Wednesday’s Champions League round of 16 first leg at Ajax, having praised the 22-year-old to everyone at the club’s youth system following another excellent showing in Saturday’s 3-1 La Liga win at Atletico Madrid.