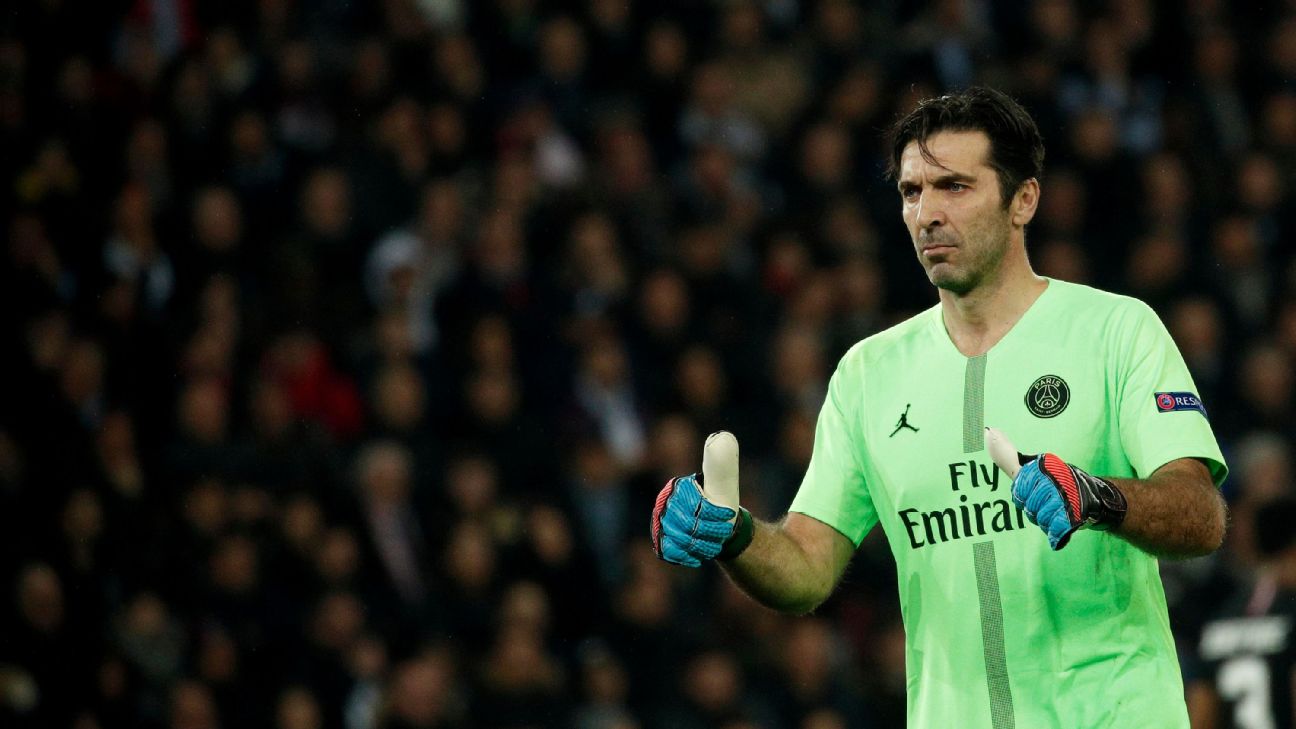 Paris Saint-Germain goalkeeper Gianluigi Buffon is close to a contract extension to 2021 with the French champions, sources have confirmed to ESPN FC.

Buffon signed an initial one-year contract with an option for a second last summer, and that option is being taken up by PSG with the intention of adding a potential third, which would take him to the age of 43.

He has been praised for his largely positive impact on the Ligue 1 giants’ squad since joining as a free agent from Juventus, but the former Italy international also came in for criticism after he played a role in the Champions League round-of-16 defeat to Manchester United.

According to ESPN FC sources, Buffon will not only be handed the opportunity of a third consecutive campaign with PSG, he will also receive a salary increase as part of a contract loaded with significant bonuses.

Speaking to Radio Sportiva recently, Buffon’s agent Silvano Martina said that “at 41, he must live month by month.”

Should he agree to the extension, Buffon will continue to compete with Alphonse Areola for a starting berth — and the France international welcomed the news.

“It is always good to have somebody like Gianluigi by my side,” Areola told Foot Paris. “He is a competitor, but he is also capable of great humility.

“Gigi is a great man — he is there for the team and his teammates. He does not cheat, and he gives the best of himself.

“Everybody feels good around Gigi — me included. If he stays, it can only be beneficial for me.”

As well as Buffon, Dani Alves is in line for a new deal, while ESPN FC sources confirmed that long-standing talks with Marco Verratti over an extension remain in progress.