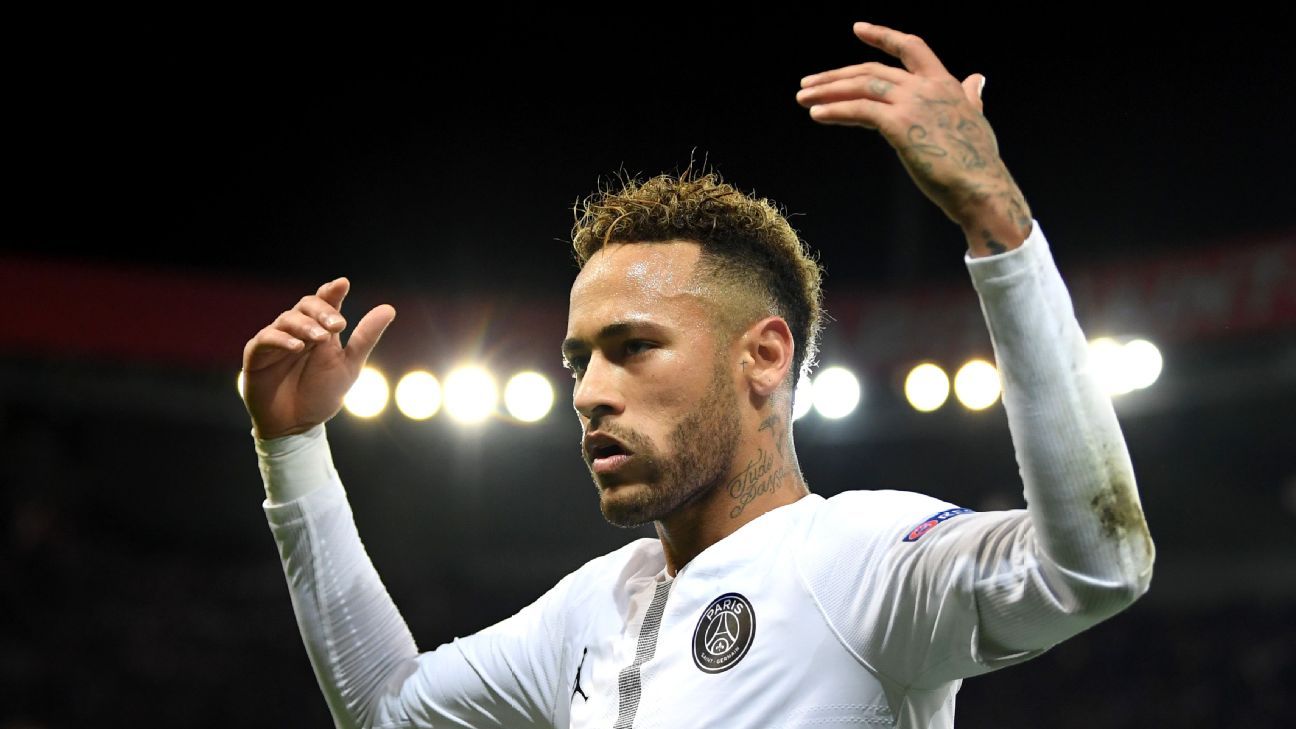 Paris Saint-Germain risk being without Neymar for their vital Champions League Group C clash away at Red Star Belgrade on Tuesday as he is yet to return to full squad training after his latest injury, sources have told ESPN FC.

Neymar pulled up short early in the second half during PSG’s 2-2 draw away at Bordeaux in Ligue 1 and although he has done fitness work on his own since then, he is yet to return to group sessions with his teammates.

On Tuesday, PSG coach Thomas Tuchel told reporters he thought Neymar would be back in training on “Friday or Saturday” after missing Wednesday’s 1-1 draw away at Strasbourg, but Saturday’s session was moved to Sunday because of the Paris protests that already saw the league visit of Montpellier postponed.

“Neymar’s injury is no more serious this time than it was last time,” Tuchel said last week. “He will not play in Strasbourg. After that, it will be a bit like it was after the most recent international break — the same thing with a few extra days. I think that Neymar will be back in training around Friday or Saturday.”

However, according to sources, Neymar was not part of Sunday’s rearranged training session and now faces a race against time to prove his fitness ahead of the Red Star clash with Tuchel and his players set to travel to Belgrade on Monday.

Should Neymar not be fit enough to start, PSG are likely to go with Kylian Mbappe, Edinson Cavani and Angel Di Maria in attack, while Julian Draxler is likely to start alongside Marco Verratti in midfield with Marquinhos required in defence.

Neymar and Mbappe recently shook off knocks to help PSG to an important 2-1 win over Liverpool at Parc des Princes in the Champions League that keeps their fate in their own hands, and although both took knocks just days later in Bordeaux, only Neymar remains in difficulty ahead of the trip to Serbia.

On Friday, PSG hit out at French newspaper L’Equipe for stating they could sell either Neymar or Mbappe to comply with UEFA’s financial fair play rules, while the former Barcelona man announced on Sunday that he has signed a deal to be an ambassador for Qatar National Bank — one of PSG’s main commercial partners.

“I am very happy with this partnership,” Neymar said on Twitter. “As well as becoming a global ambassador for such a strong group.”

PSG are set to train one final time in Paris on Monday ahead of Red Star, but are yet to confirm their official schedule.