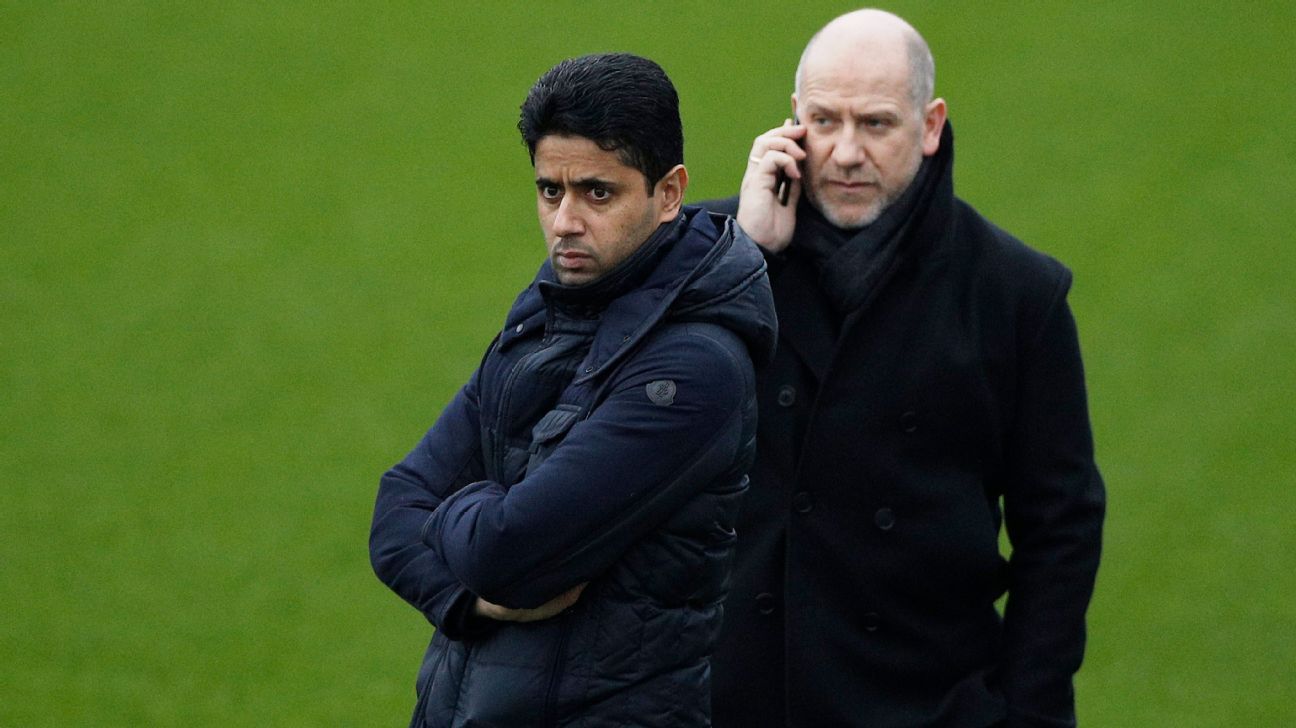 Sporting director Antero Henrique has massively disappointed Paris Saint-Germain’s Qatari owners by failing to land Ajax’s Frenkie de Jong ahead of Barcelona and is set to leave the club by May, sources have told ESPN FC, with Arsene Wenger in contact with coach Thomas Tuchel.

Barcelona on Wednesday announced they had signed the coveted midfielder for €75 million, beating PSG and Manchester City to his signature.

Henrique was appointed by PSG in June of 2017 but is not expected to make it to the two-year mark after following up his failure to snare Lucas Paqueta, who signed with AC Milan, with further disappointment in the pursuit of De Jong and being unable to convince wantaway midfielder Adrien Rabiot to sign a new contract.

According to a source close to the French champions, the former Porto man knew that his future hinged largely on whether or not he could keep the Netherlands international out of Barcelona’s clutches and Wednesday’s confirmation of De Jong’s summer move to Camp Nou has sealed his fate.

De Jong admitted to De Telegraaf that he was very close to agreeing to join persistent PSG and that the move made more sense than Barca in some ways.

“PSG would have been an excellent choice,” said De Jong. “They did everything to get me. There is a good coach [Tuchel] and PSG possess a young and talented team.

“Ligue 1 might be a little less strong [than La Liga], but the advantage of a transfer to PSG would have been that it was the greatest guarantee of playing time for me to develop.”

The Dutchman also confessed that the Catalan giants’ late insistence convinced him to reject a Parc des Princes switch to fulfil his “dream.”

“When Barca firmed up their interest, at the end of last week, I chose to follow my dream,” De Jong said. “All of this despite the fact that I have not yet spoken with the coach [Ernesto Valverde]. I am not there yet. The fact that I did not go for PSG is purely because it is Barca.”

Henrique’s PSG departure is now likely to be finalised between the beginning of February and the end of the season and the club are already considering potential replacements.

Henrique and team coordinator Maxwell, who together led negotiations with Ajax and De Jong, and were confident of a deal, learned of Barca raising their offer to the player and club late last Sunday, said the source.

With UEFA’s financial fair play (FFP) still a consideration, Les Parisiens were unwilling to take too big a risk, so were unable to raise their offer of around €75 million with an annual salary of €8 million and could not match the size of the Spaniards’ bid — something that surprised PSG as the personal terms were almost double.

Per the source, the French capital outfit are clearly disappointed but also recognise that there was no changing De Jong’s mind once he was promised a regular starting role in Catalonia.

The assumption in Paris now is that Barca will not make an offer to sign PSG’s Rabiot this month and that the France international may well end up somewhere else entirely — despite receiving a proposal at the beginning of the year.

The Ligue 1 giants are now considering their next move, said the source, with former Arsenal coach Wenger well-positioned for a general manager role — something that ESPN FC sources revealed as a possibility back in April of 2018.

Such a position would absorb the duties of a sporting director and the Frenchman, who recently caught up with chairman and CEO Nasser Al-Khelaifi in Qatar with beIN Sports, would have free reign over many organisational aspects at PSG.

A source close to Tuchel confirmed to ESPN FC that the German coach recently met with Wenger — not for the first time — and that the pair discussed a number of topics, including Neymar and Kylian Mbappe’s blossoming relationship and the then-possible arrival of De Jong.

The PSG source indicated that Henrique will finish the January transfer window with PSG and that he is expected to bring in at least one new face in midfield, with Napoli’s Allan and Zenit Saint Petersburg’s Leandro Paredes in his sights.