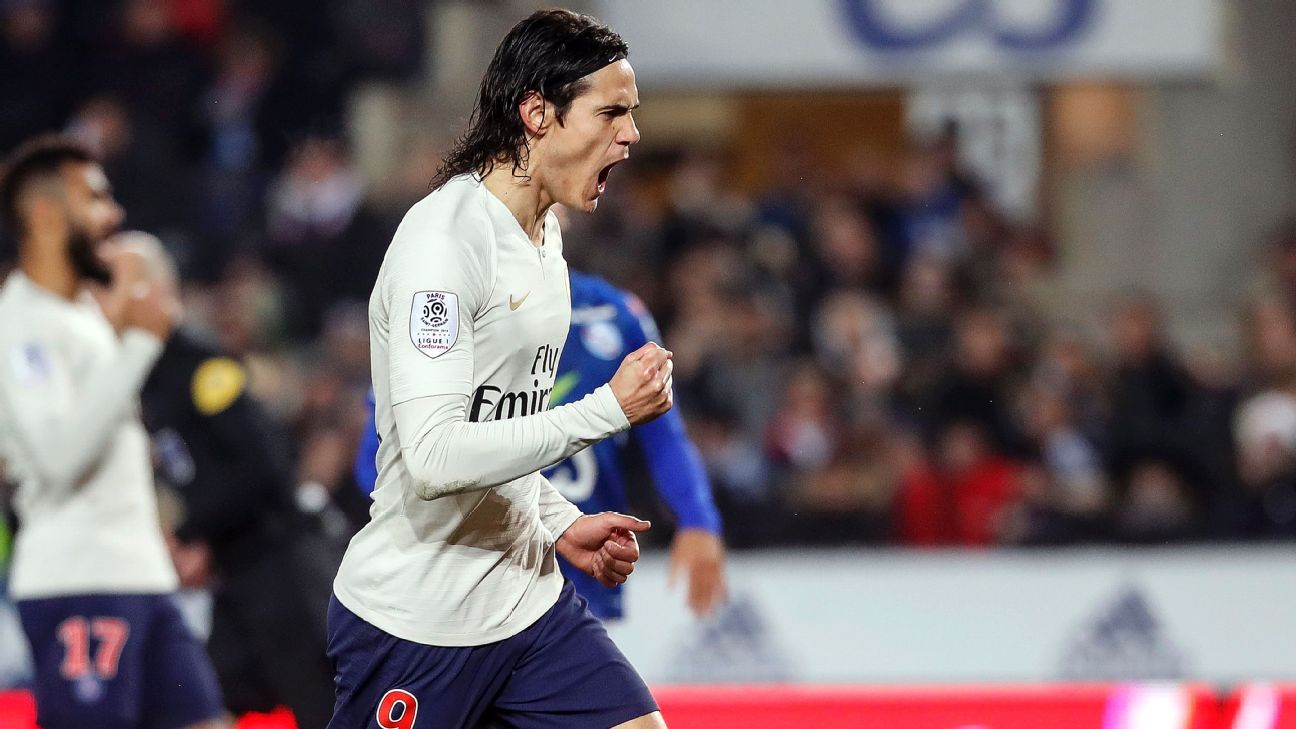 Paris Saint-Germain dropped Ligue 1 points for the second time in consecutive matches with a 1-1 draw away at Strasbourg on Wednesday, with Edinson Cavani scoring from the penalty spot 19 minutes from time to cancel out Kenny Lala’s first-half opener at Stade de la Meinau.

The performance was as dull as the result suggests — two goals, both from penalties — but at least Thomas Tuchel was able to rotate his players ahead of next week’s decisive Champions League Group C clash away at Red Star Belgrade.

Unfortunately for the German tactician, more than the disappointing collective showing, there will be no final dress rehearsal ahead of next Wednesday’s encounter in Serbia, as Saturday’s visit from Montpellier in Le Championnat has been postponed. Tuchel saw his side fight back from a goal down in difficult conditions, but although he was able to use the likes of Adrien Rabiot for the first time in a while, too many important players needed a breather ahead of Red Star for it to be proper preparation.

Also, dropping points away at Strasbourg for the second consecutive season, and at the same time of year, confirms the Alsatians’ status as one of PSG’s rare domestic bogey teams.

5 — Tuchel rotated well and went with a logical starting XI but it was too workmanlike, and his substitutions were unconvincing — for once.

GK Alphonse Areola, 6 — There was little he could do to keep Lala’s penalty out, but he made one brilliant save toward the end to keep substitute Adrien Thomasson at bay and was otherwise alert.

DF Thilo Kehrer, 5 — Although he was solid overall, he conceded the penalty — his third in Ligue 1 since signing this summer. And he missed Thiago Silva and Marquinhos, the composure that they bring, although he did nearly score too.

DF Presnel Kimpembe, 5 — His difficult run of form continues after another unconvincing showing, this time as the most experienced member of the central defensive unit.

DF Stanley N’Soki, 5 — Looks more at ease in the back three when Silva is present and once again found the going tough alongside Kimpembe and Kehrer, which made his half-time exit no real surprise.

MF Thomas Meunier, 5 — Restored to the starting XI after a family bereavement kept him out of last week’s games against Liverpool and Bordeaux, he was solid but unspectacular and made way for Christopher Nkunku late on.

MF Marco Verratti, 5 — Paired with Rabiot in the midfield for the first time in a while, it was perhaps preparation for Red Star away in the Champions League next week. If it was, it needs to be better, and he also picked up his customary yellow card after losing his temper with Strasbourg’s trash-talk tactics that targeted him.

MF Adrien Rabiot, 6 — Arguably the better of the two in the middle, so he could now be in contention to start in Serbia next Tuesday.

MF Moussa Diaby, 4 — One of his weakest showings so far, which arguably contributed to N’Soki’s first-half struggles, it was no surprise that Tuchel elected to replace him with Dani Alves during the second half.

FW Julian Draxler, 5 — Given an opportunity to display his creative talents in something of an attacking midfield role, he did not do enough with the opportunity and picked up a first-half booking.

FW Eric Maxim Choupo-Moting, 5 — Did what Tuchel asked of him, but his partnership with Cavani up top was not the most natural, nor complementary, and both suffered because of a lack of creativity.

FW Edinson Cavani, 6 — Captain for the match and scorer of PSG’s equaliser from the penalty spot, he was one of the better performers but still not at his best in Strasbourg.

FW Kylian Mbappe, 6 — Sent on for N’Soki at halftime, he added directness, purpose and urgency going forward. It was little surprise that he won the penalty that enabled Cavani to equalise.

MF Dani Alves, 4 — Given 22 minutes as a replacement for Diaby, he was energetic but that worked against him and he picked up a yellow card.

MF Christopher Nkunku, NR — Handed just 10 minutes at the end when Meunier came off, it was something of a surprise that he was not given a start as part of Tuchel’s rotation.