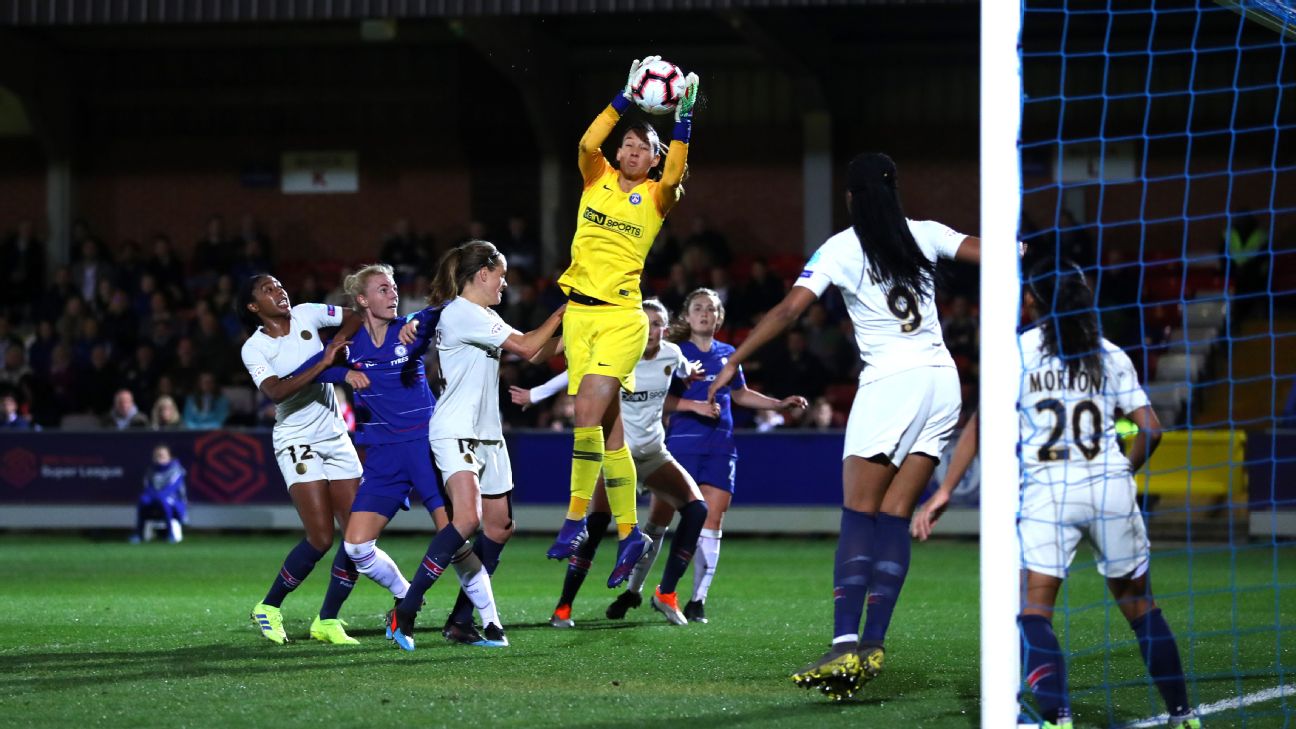 Paris Saint-Germain have defended a group of their supporters who were turned away from a Champions League match against Chelsea Women by police.

Around 45 police officers were dispatched to Kingsmeadow stadium on Thursday in response to reports of criminal damage, which was allegedly caused by the group of PSG fans, who arrived at the vicinity of the ground earlier in the day.

A search of the coach that had brought them to England uncovered weapons including knives and a knuckleduster as well as Class A drugs, and police made one arrest before escorting the rest of the group from the area.

“We repeat that the local authorities have provided no evidence of any wrongdoing, or at least no justification as to any sort of gravity that would justify a ban on attending the match,” a PSG statement read.

“All of our supporters were searched, and if any of these or associated facts had been uncovered within criminal law, then we cannot imagine that the supporter(s) in question would have been able to leave British territory without issue.

“Surprisingly, we note that Chelsea, on the morning of the game, did not want our fans present, arguing for alleged stadium damage that, according to local testimony, was already done prior to our supporters arriving in London.

“We express our fullest support to the PSG fans, who arranged to come in the middle of the week to support our women, and we count on the atmosphere that they will create during next Wednesday’s return leg in Paris.”

Chelsea went on to win the first leg of the Champions League quarterfinal tie 2-0 courtesy of goals from Hannah Blundell and Erin Cuthbert, but the unsavoury incident has raised concerns for the safety of Blues supporters travelling to Paris for next week’s second leg.

“We have to remember that the women’s game is progressing, that fans are following, and with that comes the same level of scrutiny, and ultimately they have to behave — whether it’s our fans or their fans,” Chelsea manager Emma Hayes told BBC Sport after the match. “The police dealt with it in the right way.

“The police took care of what they had to, and I expect that the organisation and preparation for that will make sure that our fans are safe. I don’t think we should discourage anyone from going.”