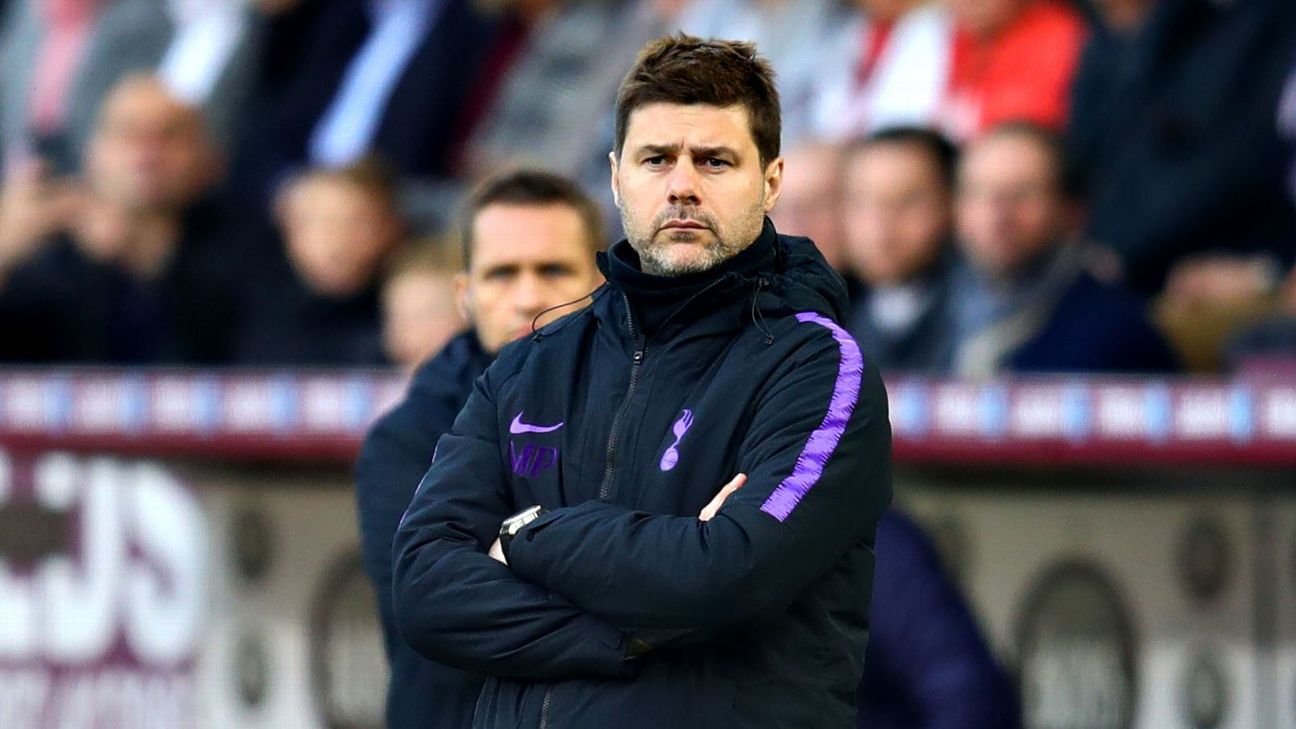 Listen carefully to Mauricio Pochettino’s recent comments and you could be forgiven for thinking that the Tottenham Hotspur manager is talking himself out of a job.

Let’s start at the end of last season, when Pochettino insisted Spurs must be “brave” and “take risks” because “if we want to be real contenders for big, big trophies, we need to review a little.” That was a call which fell on deaf ears, with Spurs making no summer signings as they shifted their focus onto moving into their new stadium in September — it is now March and they are still playing at Wembley.

Pochettino repeated his call for a bolder approach in January, insisting: “If we want to win titles we need to operate in a different way because, at the moment, we operate in the same way as we operated five years ago. We’re doing a fantastic job, but if we want to be real contenders, we need to operate in a different way in the future.” Again, the call for ambition went unheeded as Spurs once again failed to sign a player during the January transfer window.

Fast forward to last weekend, Spurs lost 2-1 at Burnley in a defeat which ended their title hopes, and Pochettino’s angry postmatch confrontation with referee Mike Dean preceded his claim that Spurs could be a decade away from becoming the club he wants them to be.

Pochettino is a smart guy, of course. The Argentine knows there is a vacancy at Manchester United, with the Real Madrid position potentially up for grabs this summer, too. And with all the uncertainty swirling around Maurizio Sarri, Chelsea may also be hunting for a new manager at the end of this season.

So everything Pochettino has said recently could be designed to turn the screws on Spurs chairman Daniel Levy in a bid to get himself exactly what he wants, and needs, to transform a talented squad of players from nearly men into winners.

Levy knows he could lose his manager to a bigger, wealthier and more successful club at any moment, so he would do well to listen to what Pochettino has been saying. But there is also a possibility that Pochettino’s remarks are not strategic at all. Maybe he is simply voicing the frustrations that could force him to seek a new challenge elsewhere.

Time will tell, and the answer may come at the end of this campaign, but unless something changes at Spurs, Pochettino is in danger of repeating the mistake made by David Moyes at Everton by staying too long and allowing himself to become a product of his surroundings and therefore damaging his chances of success somewhere else.

Moyes was never quite able to get the additional backing he believed he needed to take Everton to the next level. They were always knocking on the door of the top four, but only managed to break into it once, and by the end of his 11-year reign at Goodison Park, the Scot had become conditioned to banging his head on a glass ceiling. He left Everton to replace Sir Alex Ferguson at Manchester United, but was so ill-suited to the job, believing that his Everton ways would work at Old Trafford, that he was sacked within 10 months and his career has never recovered.

Pochettino is a different personality to Moyes. His teams are more ambitious and he has done what Moyes could not do at Everton by establishing Spurs as a consistent Champions League qualifier. But Moyes put up with under-investment and unfulfilled promises for too long at Everton and he lacked the ruthlessness to leave sooner, when he could have taken a stepping stone job to make him better-equipped for the big one when it arrived.

Pochettino is now approaching a similar crossroads at Spurs.

Does he stay and honour the contract which ties him to the club until 2023, or should he target one of those jobs — United, Real or perhaps even Chelsea — that would give him the opportunity and resources to do what he has been unable to do at Tottenham?

You can only be the next big thing for so long and both Pochettino and Spurs have carried that label for a while without delivering on their potential.

The team has lost five of its last 10 games in all competitions, putting three past Borussia Dortmund in the Champions League, but losing at Burnley in the Premier League. They host Arsenal on Saturday knowing that a defeat would leave them just one point ahead of Unai Emery’s team in third place and talk of a new, Spurs-dominated era in North London in tatters.

After almost five years in charge, Pochettino might see Spurs back where they began if Arsenal climb above them in the table between now and the end of the season. And that would surely be a sign that he is reaching the end of the road.