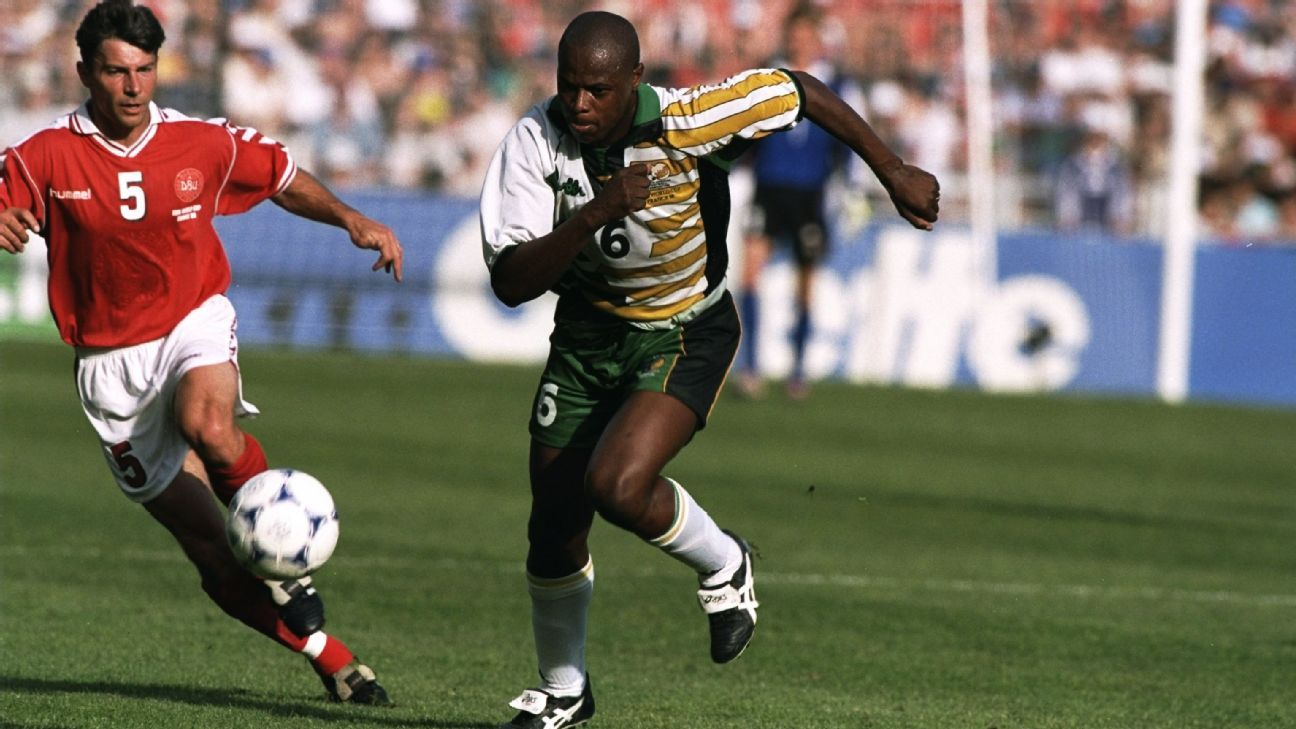 South African legend Phil Masinga has passed away from “a cancer related disease,” the nation’s football association has announced.

South African Football Association president Danny Jordan said he was “gutted” to lose “a loyal servant” of the game in the country.

“We have lost a giant of South African Football, this is a sad day for our football,” Jordan said on the SAFA website. “I am really gutted. I saw him last Sunday before I flew to Dakar and although he was not feeling well, he was in good spirits and I promised to visit him again sometime this week and now our hero is gone.

“Phil was a loyal servant of the game, on and off the field of play. His goal against Congo which took us to our first World Cup in France in 1998, is still the most celebrated goal in the country to date.”

Anthony Baffoe, deputy secretary general of the African football confederation, wrote: “We have lost another hero in Phil Masinga. May his soul rest in peace.”

No further details have been announced about Masinga’s death. He had previously been reported to have been recovering well after being admitted to hospital in December with an undisclosed illness, and was transferred last month from a hospital in his home town of Klerksdorp to one in Johannesburg.

Jordaan said he visited Masinga in the hospital a week ago and had been planning to visit him again this week.

Our thoughts are with the family and friends of Phil Masinga who has passed away aged 49. pic.twitter.com/VLyfNK2eSy

Masinga scored 18 goals in 58 matches between 1992 and 2001 for South Africa, including the strike against Republic of Congo, in 1997, that famously secured Bafana Bafana’s first World Cup finals appearance, at the 1998 tournament in France. He featured in the South Africa side that won the Africa Cup of Nations in 1996 and finished second to Egypt in the 1998 tournament.

Masinga’s goal-scoring prowess with Pretoria-based club Mamelodi Sundowns led to a move to Leeds, then in England’s top-flight, in 1994. He was part of the same deal that also took compatriot Lucas Radebe to Leeds.

Reportedly, Radebe was only part of the deal to keep Masinga, viewed as the more valuable asset, happy in a foreign land.

As it turned out, Masinga was at Leeds for two years while Radebe stayed nine and went on to captain the club and make more than 200 appearances.

Despite Masinga not delivering the goals Leeds hoped for he was still immensely popular at the club.

Masinga played for Leeds until 1996, after which he moved to St Gallen in Switzerland. He played subsequently for Salernitana and Bari in Italy before finishing his playing career with Al Wahda in Abu Dhabi.

Now in the fourth tier of Italian soccer, Bari players held a minute’s silence for Masinga at their match on Sunday.

Leeds United tweeted: “It is with great sadness that the club has learnt of former striker Phil Masinga’s passing. The thoughts of everyone at the club are with his family and friends.”

Noel Whelan tweeted: “Really sad news to learn that a guy I spent so much time with, laughs and games together has passed away, he was not just a friend and strike partner but one of the nicest kindest guys I’ve met , was a pleasure and privilege to have know and played with you Phil.”#

Dominic Matteo added: “Shocked and saddened to hear the News of Phil Masinga passing away at such a young age. My thoughts and prayers are with his family and @LucasRadebe who I know will be devastated at losing his pal #RIP #LUFC #gonetoosoon”

Former Arsenal striker Ian Wright wrote: “Rest in Peace Phil. We’ll never forget your goal that took South Africa to their first World Cup in 1998. A legend of South African football and loved by @LUFC and Sundowns fans around the world. #RIPPhilMasinga.”

Information from the Associated Press was used in this report