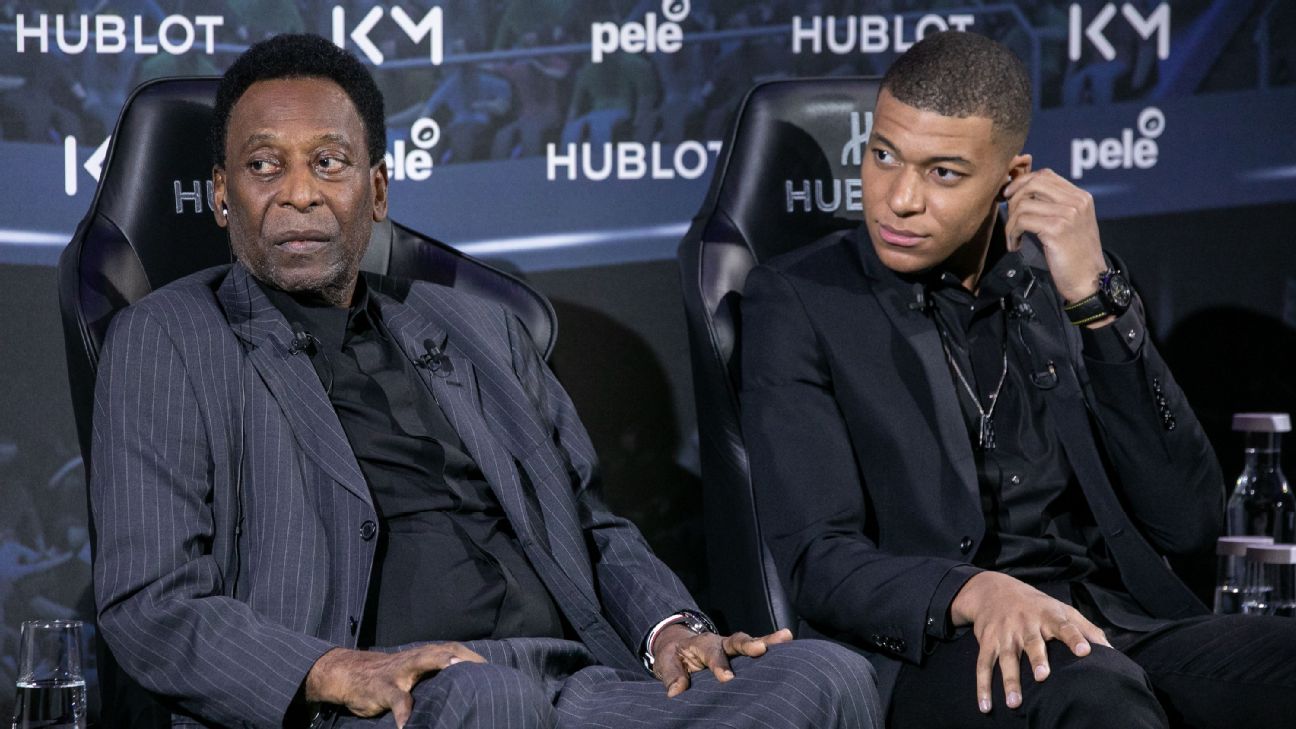 Pele believes that Paris Saint-Germain superstar Kylian Mbappe can develop into the world’s best player without leaving the Ligue 1 champions amid regular links with Real Madrid.

Speaking with Le Parisien at an event in Paris that saw the Brazil legend and France prodigy meet for the first time, Pele voiced his belief that Mbappe can be a great with PSG in the same way that he was with Santos during his career.

“Kylian does not need to leave PSG [to become the best in the world],” said the 78-year-old winner of three World Cup titles. “He must continue to play the same way that he is already doing — that is how he will become the world’s best. That is important.

“If we are comparing Kylian with Pele, Pele never left Santos to be the best player in the world.”

Pele added jokingly: ”I think he is envying me, that’s why he is trying to emulate me. His style, the way he is playing, is Latino. Even Brazilian I would say. It’s a shame he did not play for Santos. But it’s not too late.”

Mbappe is currently in blistering form with nine goals from his last seven Ligue 1 appearances, a season-record seven consecutive matches with at least one goal scored, and now has 27 goals for the campaign — nearly double his previous best term tally of 15 with Monaco back in 2016-17.

At the event, France World Cup-winner Mbappe said of matching Pele’s three world titles: ”But it would be unreal. Of course, as long as I will be able to win World Cups, my goal will be to win them because France is a great nation of football. We will be back in 2022 to try and win again.”

Pele has previously tipped Mbappe to follow in his footsteps ahead of PSG teammate and Brazil superstar Neymar, who will return to training on Wednesday for on-field tests after 10 weeks on the sidelines because of a foot injury.

Sources recently told ESPN FC that both players have assured the French giants that they will still be at Parc des Princes next season.