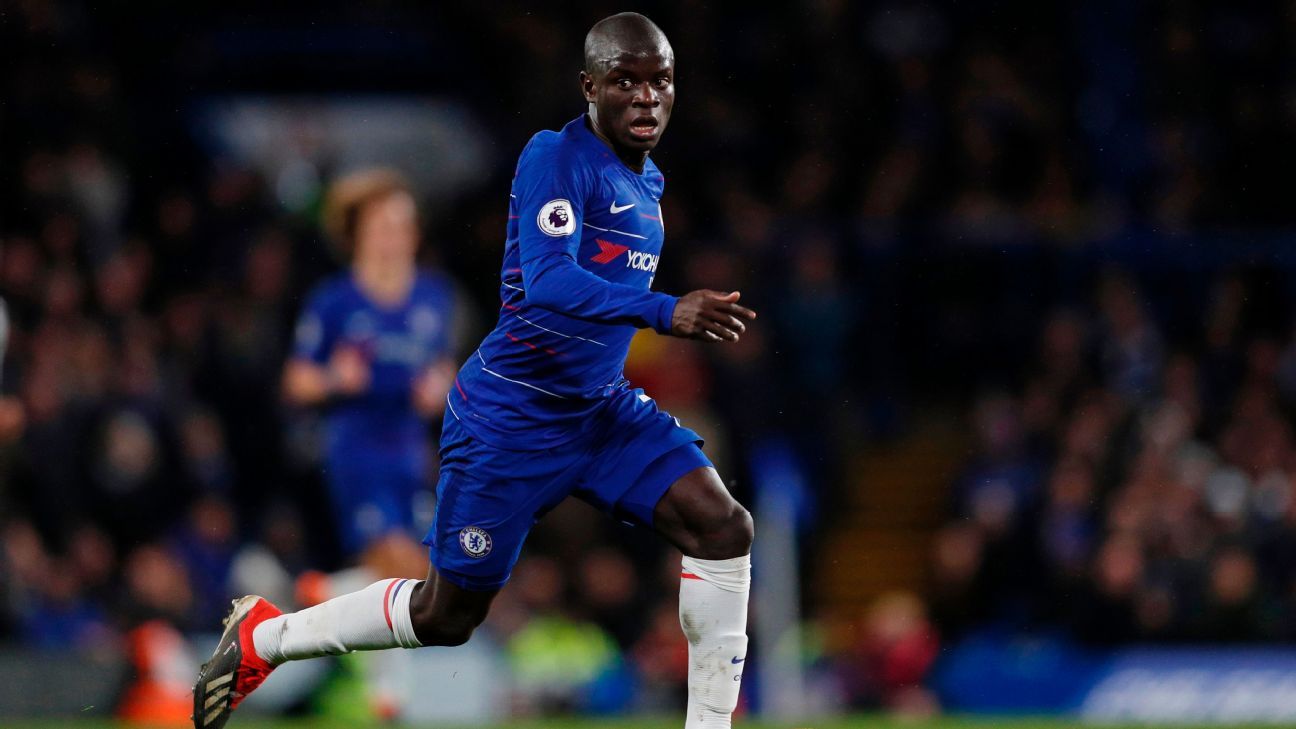 LONDON — Willian scored his first Premier League goal since October to give Chelsea a hard-earned 2-1 win over Newcastle at Stamford Bridge .

Willian’s goal widens the Blues’ lead over Arsenal in the battle for fourth place to six points, and arrived after Ciaran Clark’s header had cancelled out Pedro’s early opener.

Chelsea avoided going three Premier League home games without scoring for the first time since 1993, and Willian rediscovering his goal touch will be welcome news for Maurizio Sarri. Most important is the result, however, which punishes Arsenal’s loss against West Ham and puts pressure on Tottenham and Manchester United.

Eden Hazard clearly doesn’t want to play as a false nine, and Chelsea’s attacking play with him drifting everywhere remains slow and stagnant for long spells. They also remain startlingly vulnerable defensively at times, giving the ball away in bad areas and failing to track runners.

7 – Sarri’s decision to start Willian and Pedro either side of Hazard was ultimately vindicated by both finding the net, even if Chelsea weren’t very convincing between their two goals. Callum Hudson-Odoi also got some more minutes off the bench, but is it too little, too late?

GK Kepa Arrizabalaga, 7 — Could do nothing about Clark’s header, directed right into his bottom corner, and did not have too many other saves to make. His calmness was valuable in smaller ways though, epitomised by one impressive catch under pressure as the visitors surged after the break.

DF Cesar Azpilicueta, 7 — It was to his credit that Christian Atsu’s best moments came when he drifted in from the Spaniard’s flank, and he even got forward well to win a dangerous early free kick that yielded a good headed chance for David Luiz. Rarely caught the eye for better or worse, as is his style.

DF Antonio Rudiger, 6 — Has a manic style to his movements around the pitch generally but was forced to scramble on several occasions here, partly due to his own sloppiness and partly due to that of his teammates. Did more right than wrong though, and always brings vital intensity to this Chelsea team.

DF David Luiz, 7 — Restored to the team after Andreas Christensen impressed against Tottenham, he took just nine minutes to show the unique weapon he provides in this team, floating a brilliant 50-yard pass over the Newcastle defence for Pedro. Beaten in the air for Newcastle’s equaliser, but overall he was a positive.

DF Marcos Alonso, 5 — His lack of speed with and without the ball is a problem at both ends of the pitch, and he appears to have lost his early-season confidence. Put in one good low cross to set up a Pedro chance, but is a shadow of his normal attacking presence and still looks suspect defensively.

MF N’Golo Kante, 8 — The best of Chelsea’s midfielders, picking the right times to keep possession and the right times to drive deep into Newcastle territory. Some say his position is too advanced, but his ability to force mistakes in the attacking half created two of his team’s most threatening moments after the break.

MF Jorginho, 5 — As the on-pitch symbol of ‘Sarriball’, he is beginning to bear the brunt of Stamford Bridge’s frustration with his team’s obvious flaws. Many sideways or backwards passes were greeted by groans and even jeers, and he also lost possession a couple of times in dangerous areas.

MF Mateo Kovacic, 6 — Sensible and tidy enough in possession and covered Alonso reasonably well on the left of Sarri’s midfield three. That said, ever once came close to testing Martin Dubravka in the Newcastle goal and could not find any incisive passes either. Could have few complaints when Barkley replaced him just after the hour mark.

FW Pedro, 7 — Chelsea’s only consistent goal threat here, he was a thorn in Newcastle’s side from the moment he clinically lobbed Dubravka in the ninth minute. His touch deserted him in the second half though, seeing one fierce low shot saved and another roll tamely into the goalkeeper’s hands.

FW Eden Hazard, 7 — Looked determined to play anywhere except up front in a tepid first half, providing further evidence that he does not want to be a false nine. Took matters into his own hands after the break though, turning and driving at defenders and creating Chelsea’s second goal for Willian.

FW Willian, 7 — Not a favourite of Chelsea supporters at the moment and one big miss in each half helped underline why he can be a frustrating figure. However, his curler in the 57th minute proved to be the winner and was both brilliant and decisive. The fact it was only his third Premier League goal of the season, however, highlights the wider problem.

MF Ross Barkley, 6 — Seems to have lost the confidence to really express himself on the ball that he showed signs of earlier this season, but did nothing to create problems for his team either when he came on for Kovacic.

FW, Callum Hudson-Odoi, N/R — Was this his final Chelsea appearance? Stamford Bridge certainly hopes not, with chants of “Hudson-Odoi, we want you to stay” ringing around the stadium during his lively 11-minute cameo.

FW Olivier Giroud, N/R — Brought on to give Hazard a rest and Chelsea a proper focal point for the final few minutes.