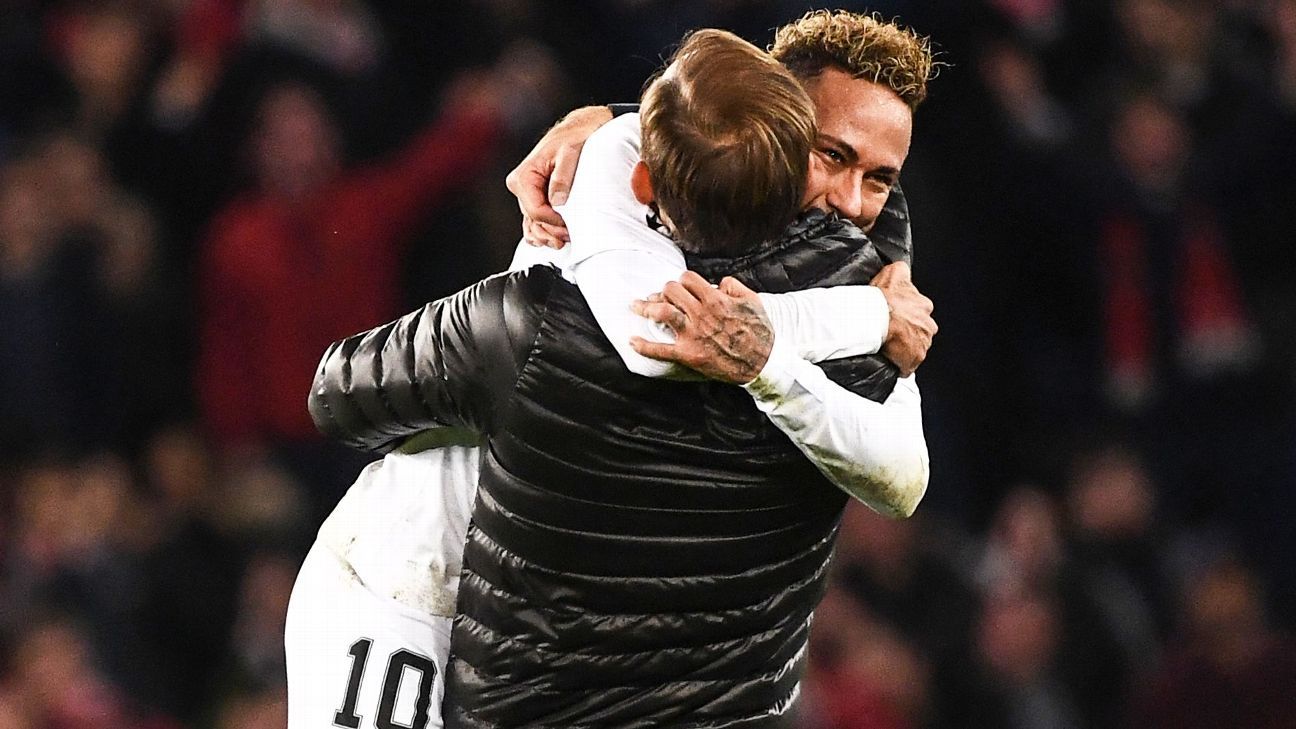 Paris Saint-Germain superstar Neymar said he was “not 100 percent” after his team beat Liverpool 2-1 in Champions League Group C on Wednesday to go second ahead of the final round of fixtures.

The Brazil international, who scored the second goal for Thomas Tuchel’s men, had picked up a knock in a friendly last week and fought to be fit enough to feature this midweek along with Kylian Mbappe, who was also hurt in a friendly for France over the international break.

Speaking in the Parc des Princes mixed zone after the final whistle, Neymar said that he was not at optimum level fitness-wise.

“I was not 100 percent but this was an important match,” said the 26-year-old. “Injured or not, there was no way I was missing it.

“This was a real battle. I am very happy that we won — we showed great spirit, which was crucial to our victory. We showed everyone that we are determined to go as far as possible in the Champions League.”

Neymar is now the all-time top Brazilian goal scorer in Champions League history with his 31st continental strike to overtake Kaka, which he recognised as something special.

“It is a source of great joy,” the former Barcelona man said. “I am very proud, and I hope to keep scoring.”

PSG coach Thomas Tuchel was pleased with Neymar and his teammates for the performance that they managed to produce under significant pressure.

“This was our chance to match a team like Liverpool,” said the German manager. “We have incredible mentality and we had to show fight and play good football — we had waited for that and did just that.

“We were energetic and worked hard as a team. Our attitude and work ethic were great. We won an intense and important game.”

PSG chairman and CEO Nasser Al-Khelaifi praised Tuchel’s role in the win and hailed him as “the best coach in the world” before expressing his satisfaction about answering his club’s critics.

“Thomas, for me, is the best coach in the world,” Al-Khelaifi said. “He proved it here — what he did was beautiful.

“I am very happy. We played very well — as we wanted. We showed what we can do, what our great players are capable of and how we are a real team. We answered our critics who ask where we are for big matches.

“Yes, we want to win the Champions League. However, we do not want to say it like that. We need to win our matches and we want to win every single game.”

Captain Thiago Silva was a rock in defence against Liverpool but despite his delight with the result, he stressed that PSG have not qualified from Group C just yet and could still exit the Champions League.

“The most important thing here was to play like a team,” said the Brazil international. “The Parc des Princes atmosphere is always fantastic, but it was even better than usual.

“We worked hard to prepare because we knew a loss meant elimination. The job is not done yet, though, as we have not qualified yet. We have to go to Belgrade, which is never easy, and produce a perfect display to go through.”

Juan Bernat, an unlikely opening scorer of PSG’s first goal, rates his two recent strikes against Liverpool and Napoli as “two of the “most important of [his] career.”

“Without a doubt two of the most important goals of my career!” the Spaniard said. “I scored both with my right foot too, which is rare!

“I am very happy to have made such a contribution. We played really well, worked really hard and everybody made sacrifices.”

Mbappe, who was not as involved as Neymar but still played a role in both PSG goals, conceded that the second half was harder than the first because of the intensity of the clash.

“We responded to Liverpool’s physical challenges and matched their intensity,” said the France international. “We wore ourselves out a bit in the first half, but we held on for the result and are happy.”

Dani Alves, who came on as a second half substitute as he continues his return to full fitness after a lengthy injury absence, felt that PSG needed this sort of win as a character-building exercise.

“We needed a match like this,” the Brazil international said. “We needed to fight, to give everything and to take a step forward in this competition. It is not finished — we need to keep this up.”

PSG must win at Red Star Belgrade to be 100 percent sure of going through, but it will require Napoli losing 5-4 at Liverpool for PSG not to go through with a point on the three-team head to head.

PSG can only top Group C if they win at Red Star and Napoli fail to beat Liverpool.