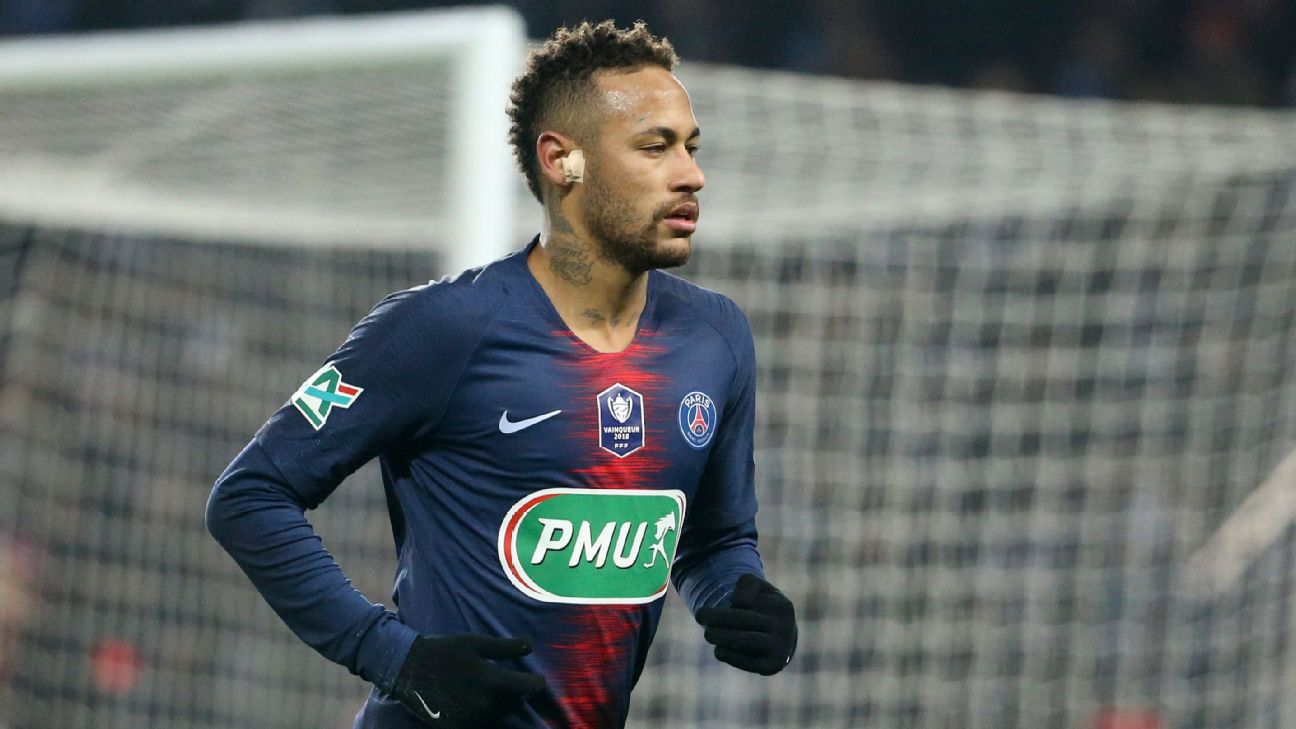 Paris Saint-Germain forward Neymar is hopeful of recovering in time to play in the Champions League quarterfinals should the French champions progress beyond Manchester United.

Neymar was ruled out for 10 weeks after suffering a metatarsal fracture of his right foot in the 2-0 French Cup win over Strasbourg on Jan. 23.

The Brazil international, having missed Tuesday’s first leg in the round of 16 clash at United, which his team won 2-0, will sit out the return on March 6.

The 27-year-old is aiming to be back for a prospective Champions League quarterfinal first leg on April 9-10.

Speaking to Brazilian YouTube show “Fui Clear” at the weekend while undergoing treatment with his personal physiotherapist Rafael Martini in his living room, Neymar said: “It’s getting better.

“We have already done several treatments, some procedures in order to improve it as quickly as possible and we are happy with the progress and with how things are going.

“I can’t wait to do what I love to do the most in my life which is to play football. It’s eight to 10 weeks [recovery period] — that’s what we imagine, so I think 10 weeks at most. We have worked to accelerate the process.”

Martini echoed Neymar’s message, adding: “We think that, if everything goes well, if Paris [Saint-Germain] qualify for the Champions League quarterfinals, we are thinking about playing the quarterfinals. If all goes well.”

Neymar explained some of the treatment on his foot that he has received in Barcelona.

It is the second injury in as many years to Neymar’s fifth metatarsal in his right foot, and it has occurred at almost exactly the same point in consecutive seasons.

The former Barcelona forward said the injury could not have come at a worse time.

“I was doing very well,” he said. “Doing very well on the pitch and unfortunately this injury happened again but now it is time to be cool, be wise which is the most important thing to help me recover as quickly as possible.”

Neymar has said he made a promise to PSG goalkeeper Gianluigi Buffon, who has yet to win a Champions League medal in his career.

“He is a phenomenon,” Neymar said of his 41-year-old teammate. “It’s an honour for me to be a part of his career.

“He is a very good person — I had talked to him, you know? I said:’ I know you’re after a Champions [League trophy], this year I’m going to do everything I can to get it for you.’

“And when I got injured, he sent me a message which said: ‘Hey come on, get back as soon as possible because you promised!”