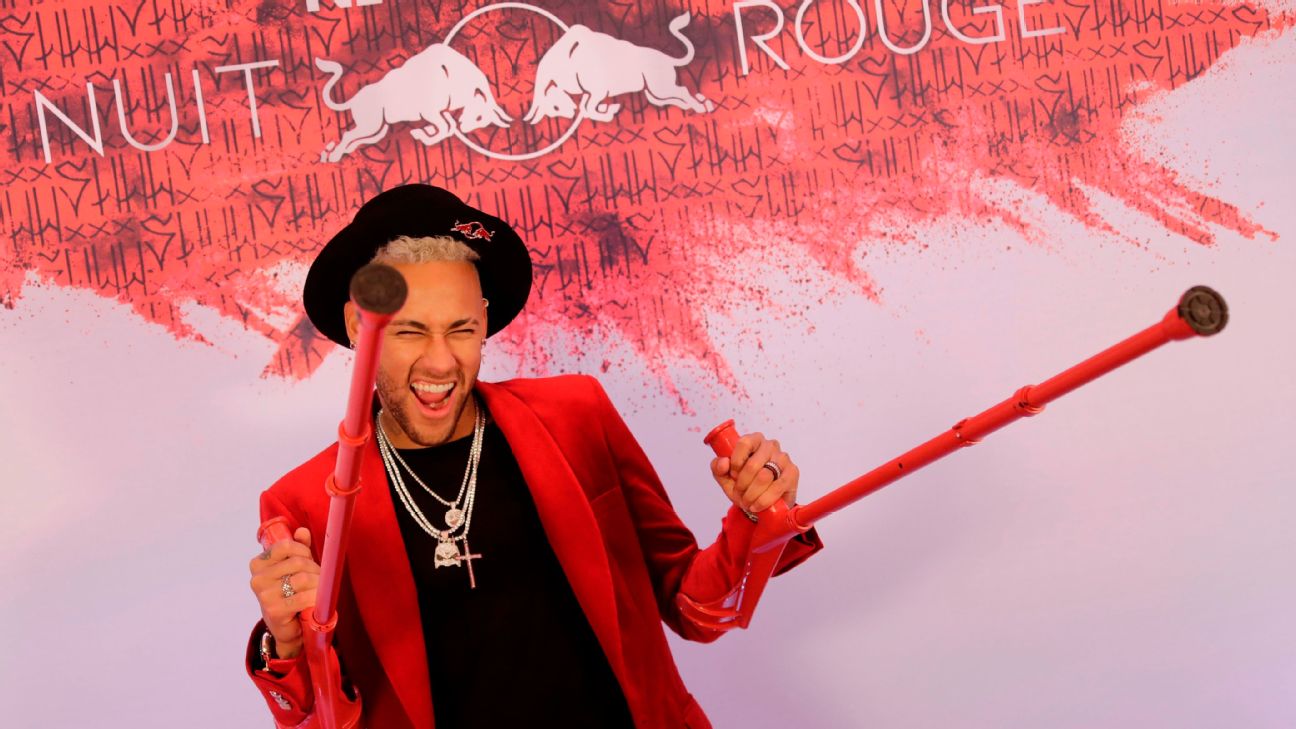 Paris Saint-Germain and Brazil superstar Neymar has rejected claims he parties too much and impedes his own ability to lead the French giants to Champions League success and secure Ballon d’Or glory for himself.

The €222 million world-record signing from Barcelona recently celebrated his 27th birthday lavishly in Paris despite being injured with his second foot fracture in as many years, which raised further questions over his commitment to achievements on the pitch.

“I do not think that my social life hinders my performance on the pitch,” Neymar told Globo Esporte. “In fact, I even find it funny that what I do off the pitch gets compared with what I do on it.

“My statistics on the pitch are still very good. I said back during the [2016] Olympics that ‘my personal life is my personal life.’ I will keep going, doing what I think I should do, because it is me — my business.

“On the pitch, I can be questioned — [journalists] are there to talk about my performances. You can talk about that. Away from the pitch, I will take care of myself. If I want to do it, I will do it — my life is mine, I am 27.”

Neymar, who is currently continuing his recovery back in Brazil, recognised that despite his desire to enjoy his personal time, sacrifices sometimes have to be made — particularly on the eve of games — but that his critics do not influence his displays.

“If I want to go out, I will go out, but I will know what I have to do the next day,” he said. “If I have a match the next day, obviously I will not go out — I will rest up for optimum performance.

“My performances are not because I think people will speak badly of me, or well of me — it is because I want to be good. That is what I do, I play football — I love it.”

Since his Parc des Princes arrival back in 2017, Neymar has only added a third-placed Ballon d’Or finish to his list of accolades, and that was after playing most of the year with former club Barca.

The Brazilian does not believe that he needs to win the award to be regarded as a great player and would choose World Cup glory over such an individual prize.

“I do not think you need to be voted the best [player] in the world,” said Neymar. “Even geniuses do not win the Ballon d’Or. If it does not happen, it is not the end of the world for me, nor will it erase what I have accomplished.

“It is an important award, which everyone dreams of. However, my aim, more than anything, is to win the World Cup — I dream of that every day.”

Asked about constant speculation linking him with a future big-money move to Real Madrid, Neymar kept his cards close to his chest but also stressed that he is happy with PSG and in France at the moment — after chairman and CEO Nasser Al-Khelaifi insisted that he will stay.

“Real is one of the biggest clubs in the world,” he said. “Any player that Real are keen on would feel the lure of playing there. Today, I am very happy in Paris — I am doing very well here. However, nobody knows the future.

“Today, I am very happy here. If I speak only about right now, I only have eyes for Paris. I am not attracted to anybody else — I do not want to leave Paris.

“Of course, though, Real Madrid is a great team — one of the greatest in the world, and I respect them a lot. However, I see myself in Paris today.”

In Paris, Neymar and Kylian Mbappe are two-thirds of the “MCN” attacking trio with Edinson Cavani, and the South American spoke in glowing terms about his World Cup-winning teammate.

“I have an excellent relationship with him, as I had with Lionel [Messi]. I hope that we can be considered the best three [in the world], that would be very special.”

Neymar also rejected the idea that he is persecuted by referees for perceived simulation but does feel that life is not easy for him on the pitch for club or country.

“I think things are difficult for me, but I would not say that I am persecuted,” he said. “That is not the right word. If I am ever fouled, it needs to be a proper foul, not a half foul. If it is a penalty, it needs to really be a penalty, not a soft penalty.

“I guess it is just something you get used to. It is just a situation where I have to ‘breathe deeply and carry on.’

“I cannot continue to get stressed, I have already stressed enough about this, I have lost concentration a lot because of these things, a defender who will kick you without the referee noticing or a referee who threatens you. So, I just try to get on with it.”

Before his latest injury, Neymar had scored 20 goals and added eight more assists across all competitions with PSG from 23 appearances, and coach Thomas Tuchel is hopeful that he will be back in training after the Champions League last-16 second leg against Manchester United.