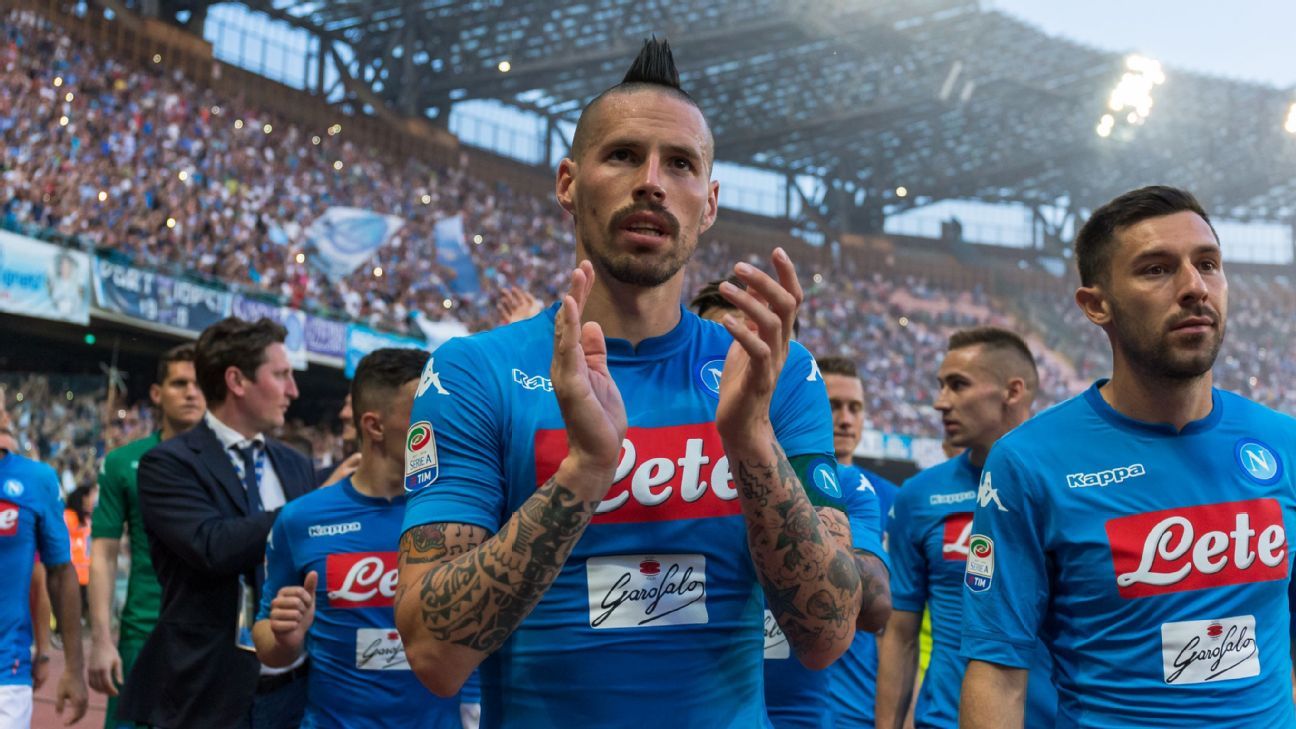 Marek Hamsik‘s proposed move from Napoli to a Chinese club, believed to be Dalian Yifang, has been put on hold after the Serie A club claimed irregularities over the payment of the transfer fee.

Hamsik, 31, seemed to say his goodbyes to the Napoli fans during their 3-0 win over Sampdoria on Saturday, while he was given a send-off meal by his teammates on Tuesday night, but he has continued to train for the Azzurri while the transfer formalities were being dealt with. However, Napoli said in a tweet on Wednesday evening that the move has now been suspended.

“The club has decided to suspend Marek Hamsik’s move to China because the payment methods proposed for the agreed sum fail to adhere to what was previously agreed,” read the tweet.

Hamsik, who is Napoli’s all-time top-scorer with 121 goals — six more than Diego Maradona’s previous record — trained with the club on Wednesday and is still eligible for selection for their trip to Fiorentina on Saturday.