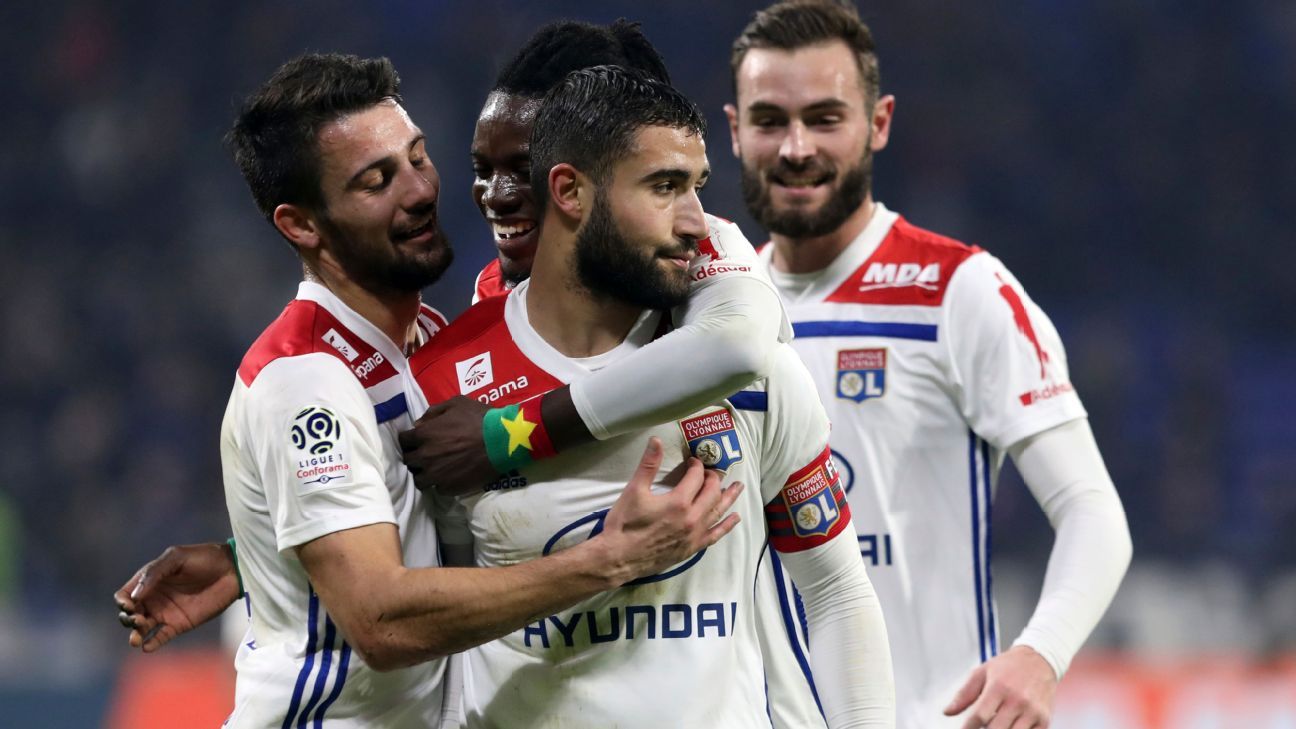 Nabil Fekir earned Olympique Lyonnais a 2-1 home win against En Avant Guingamp on Friday as they cemented third place in Ligue 1 ahead of their Champions League clash against Barcelona.

Fekir struck in the 35th minute after Felix Eboa Eboa had cancelled out Martin Terrier‘s opener to put Lyon on 46 points from 25 games.

Bruno Genesio’s side went ahead in the 15th minute when Marc-Aurele Caillard parried Houssem Aouar‘s shot into the path of Terrier, who volleyed the ball into the top corner.

The hosts, however, let their guard down and Eboa Eboa headed home six minutes later.

Lyon took the upper hand 10 minutes from the interval as Fekir chested the ball down in front of the area and unleashed a perfectly curled shot past Caillard.