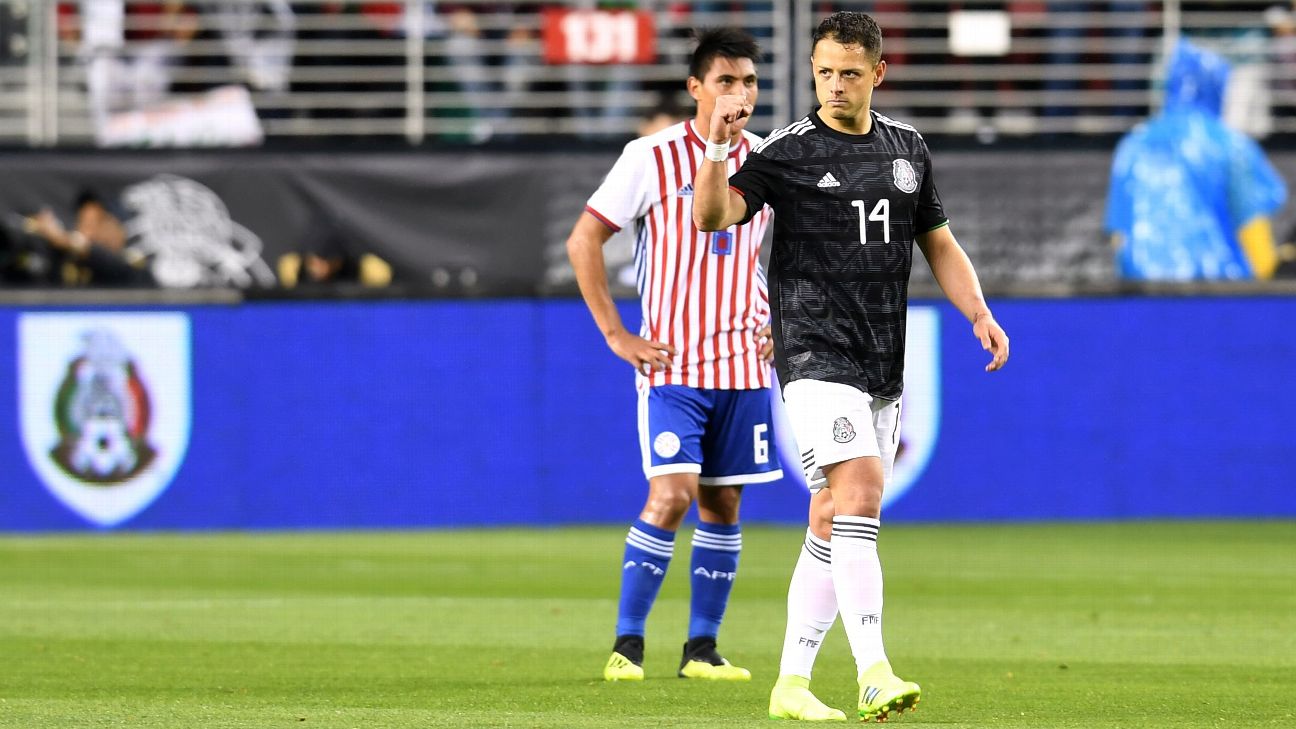 The West Ham striker netted the third goal as El Tri raced to a 3-0 lead inside 30 minutes and is set to be part of his fourth World Cup cycle, with Mexico going out of at the round-of-16 stage in each of the previous ones.

“There’s still much to do to make conclusions, they should be [made] when we have the ticket [for the World Cup],” Hernandez told Univision Deportes after the game. “If we qualify, we’ll be judged on the [whole] cycle. It’s not how it begins, but how it ends.”

Hernandez’s words were backed up by Martino, who stressed that while he will be evaluating players and has to cut the squad to 23 for this summer’s Gold Cup, it is just the start of his spell in charge.

“Each [player] knows that this is a four-year process, it doesn’t all begin or all end with the call-up for the Gold Cup,” Martino said in a news conference. “Someone could be in the Gold Cup and he doesn’t have the right to think he has his spot assured in the future. Anyone not in doesn’t have to think that they won’t be taken into consideration moving forward.”

Newcastle United’s Miguel Almiron was sent off for a lunge on Jose Juan “Gallito” Vazquez just seven minutes after coming on in the 56th minute, but Paraguay manager Eduardo Berizzo said it wasn’t intentional.

“With the speed of the counter he tried to take the ball to keep going forward,” Berizzo said. “But Miguel is totally honest and noble in his game and I’m sure what he least wanted to do was the referee interpreted it as.”