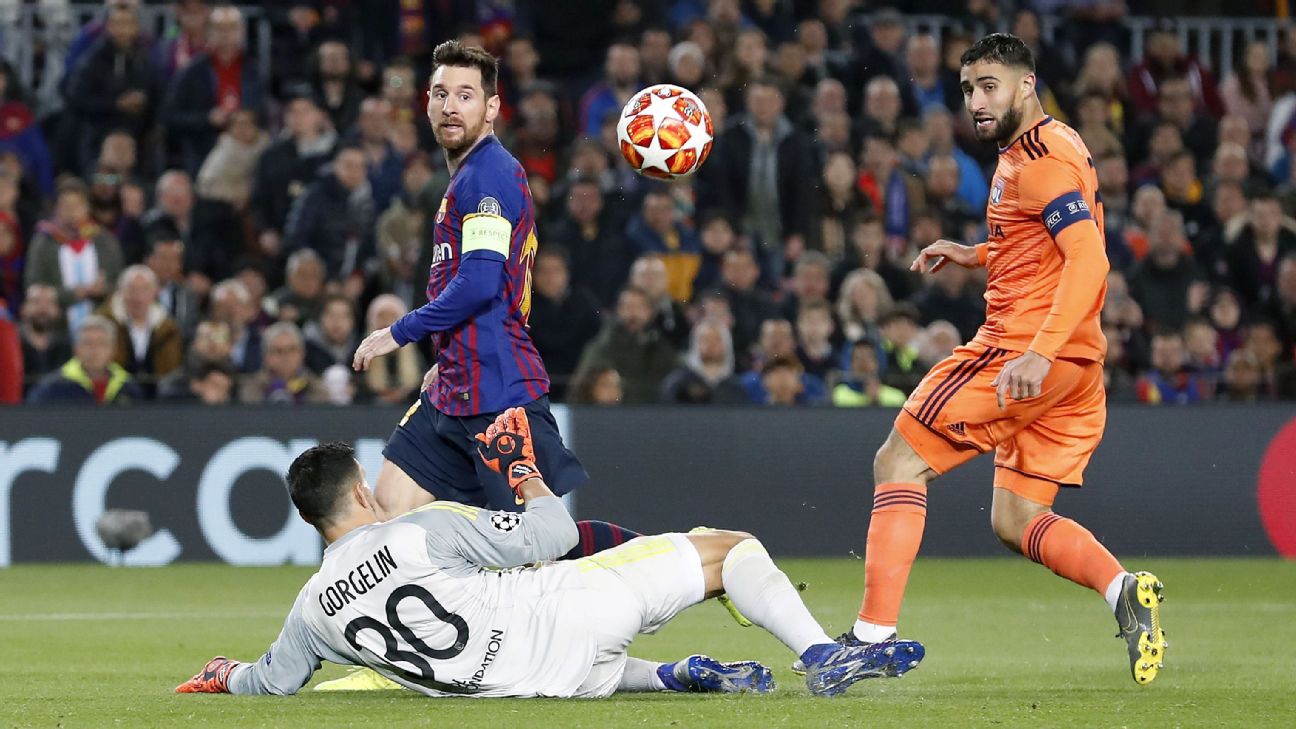 Ronaldo scored a hat trick as Juve overturned a first leg loss in Madrid to beat Atletico 3-2 on aggregate and book their place in the last eight.

“What Cristiano and Juventus did on Tuesday was impressive,” Messi told Catalunya Radio. “It was a big surprise. I thought Atletico would be a lot stronger, but Juve were all over them and Cristiano had a magical night.”

Messi’s Barca could potentially face Ronaldo’s Juve in the last eight if the two sides are paired together in Friday’s draw for the next round, but the Argentine would not be drawn on who they would prefer to face in the quarterfinals.

“We don’t want to choose one [side] because they’re all really tough,” Messi said. “[Manchester] City, Juventus, Ajax, who have a great team of kids and don’t fear anything, Liverpool, who’ve shown they pack a punch…

“We’re relaxed and what we have to prepare for is the toughest test possible, which is what’s coming now in the final stage of the season.”

Messi opened the scoring against Lyon from the penalty spot before Philippe Coutinho doubled the home side’s lead at Camp Nou before the break.

Lucas Tousart’s effort pulled Lyon back into the tie briefly and Messi, who scored Barca’s third and then created goals for Gerard Pique and Ousmane Dembele, admitted the Catalans almost let things get away from them.

“We suffered a little bit at 2-1 and, to be honest, it wasn’t necessary,” he said. “We complicated things for ourselves at a set play because they hadn’t done anything [until then].

“Luckily we then got the third goal. There was a moment of suspense before [the ball crossed the line] and I thought it wasn’t going to go in. But it did and that calmed us down.”

Meanwhile, Coutinho, who joined from Liverpool for €160 million last January, has been linked with a return to England after seeing his place in Barca’s side taken by Ousmane Dembele.

The Brazilian brushed off talk of a summer exit for now, though, saying his focus is on Sunday’s game against Real Betis as Barca continue to compete on three fronts.

“I live for the moment,” he added. “Now it’s about the next game. You never know what the future holds. I am [just] happy with my performance today.”

It was old hat for both managers when they were asked about the exploits of Messi, who both had nothing but massive praise for Barca’s No. 10.

“We are all psyched up for the Champions League and so is Leo. He produced an outstanding performance tonight, he was incredible,” Barca coach Ernesto Valverde said.

Lyon coach Bruno Genesio added: “Tonight Messi was in Champions League mode. He’s a genius and can do things that nobody else can. Sometimes he is just unstoppable.”