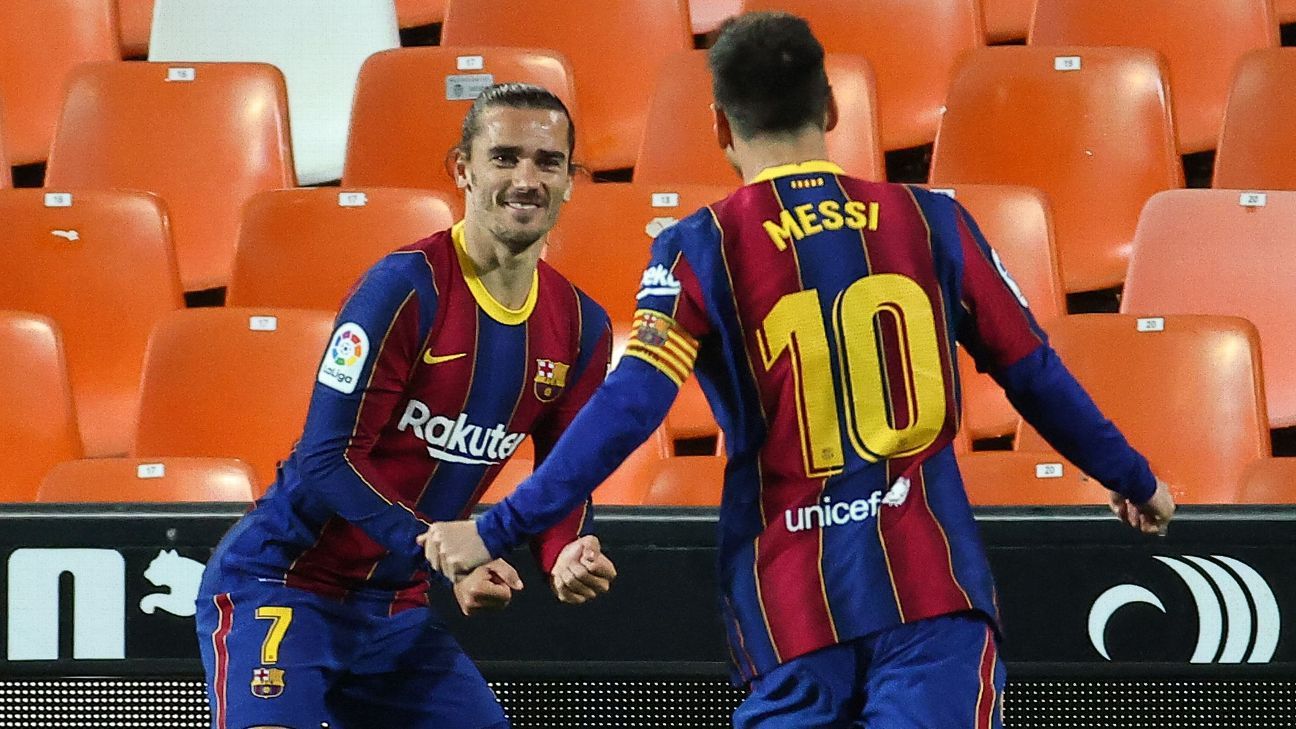 Barcelona rode a trio of second-half goals to a 3-2 win over Valencia in La Liga on Sunday night to keep title hopes alive for Ronald Koeman’s team.

A 50th minute strike from Valencia’s Gabriel looked to have Barca on the ropes as they tried to keep pace with leaders Atletico Madrid, but a brace from Lionel Messi either side of an Antoine Griezmann goal earned Barca all three points.

Carlos Soler scored a brilliant goal for Valencia from outside the area as full-time approached, but Barcelona were able to see out the victory.

The result put Barca on 74 points, good enough for second place in La Liga ahead of Real on goal difference and two behind first-placed Atleti.

Barcelona play Atleti in a crunch, and potentially title-deciding, fixture on May 8.