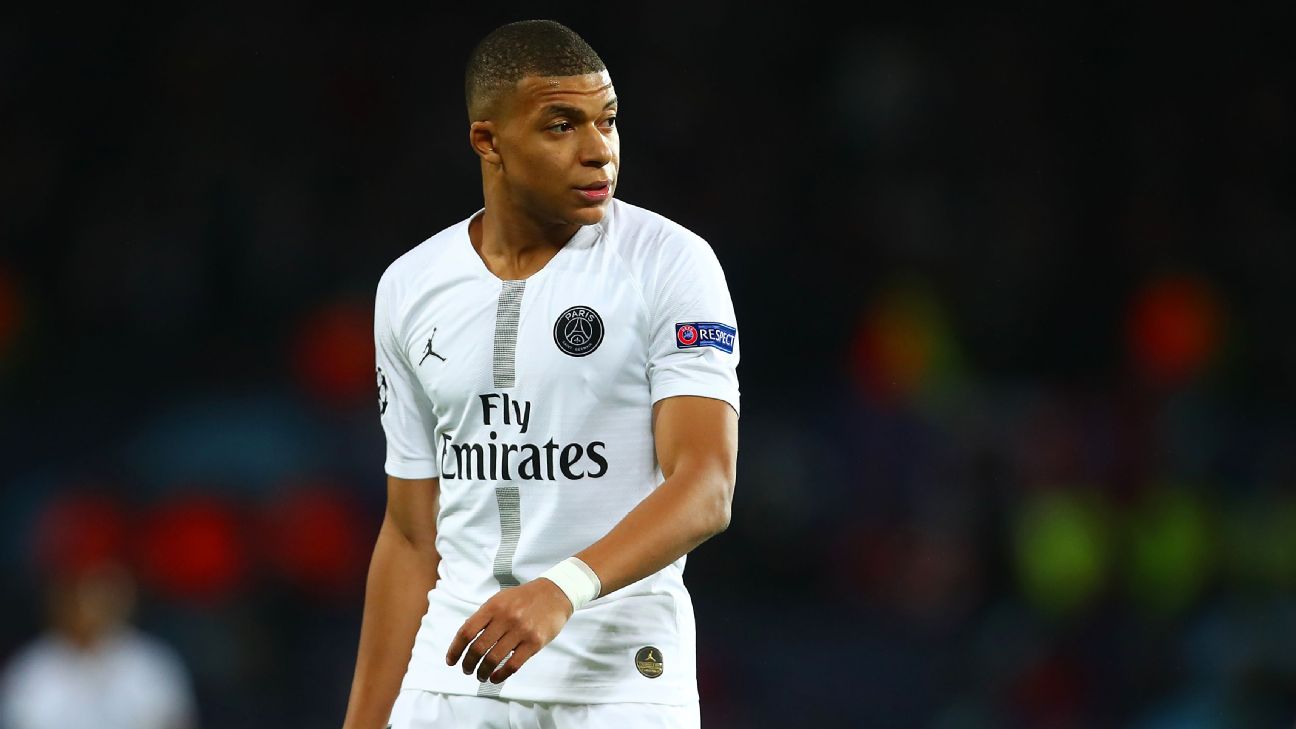 The 20-year-old France striker presented Beckham Jr. with a PSG shirt that had ‘OBJ 13′ printed on the back, representing the No. 13 jersey worn by the Giants’ wide receiver.

Mbappe made headlines last month after revealing he keeps tally of the goals he scores in training but it is not just in training where he is prolific — he recently became the youngest player to score 50 Ligue 1 goals and is the leading scorer in the division this season with 24 in 21 appearances.

Beckham Jr, who was also spotted with British heavyweight boxer Anthony Joshua in London at the weekend, uploaded a photo to his Instagram story of himself holding the shirt next to Mbappe, calling the young Frenchman a ‘legend.’

He also met Dani Alves and Edinson Cavani in the French capital, where PSG will host Manchester United in the Champions League round of 16 on Wednesday.

Cavani is unlikely to start the second leg of the tie due to a hip injury suffered against Bordeaux in February, but PSG coach Thomas Tuchel hopes that the Uruguayan will return to training this week and so he may join the the squad to face Manchester United.

Mbappe is expected to lead PSG’s attack on Wednesday, and the forward is in a fine run of form — since netting in the first leg of the tie against Ole Gunnar Solskjaer’s Manchester United in February, the 20-year-old World Cup winner has scored six times in four games.

PSG enter the second leg on Wednesday night with a 2-0 aggregate lead, but will be without the injured Neymar.