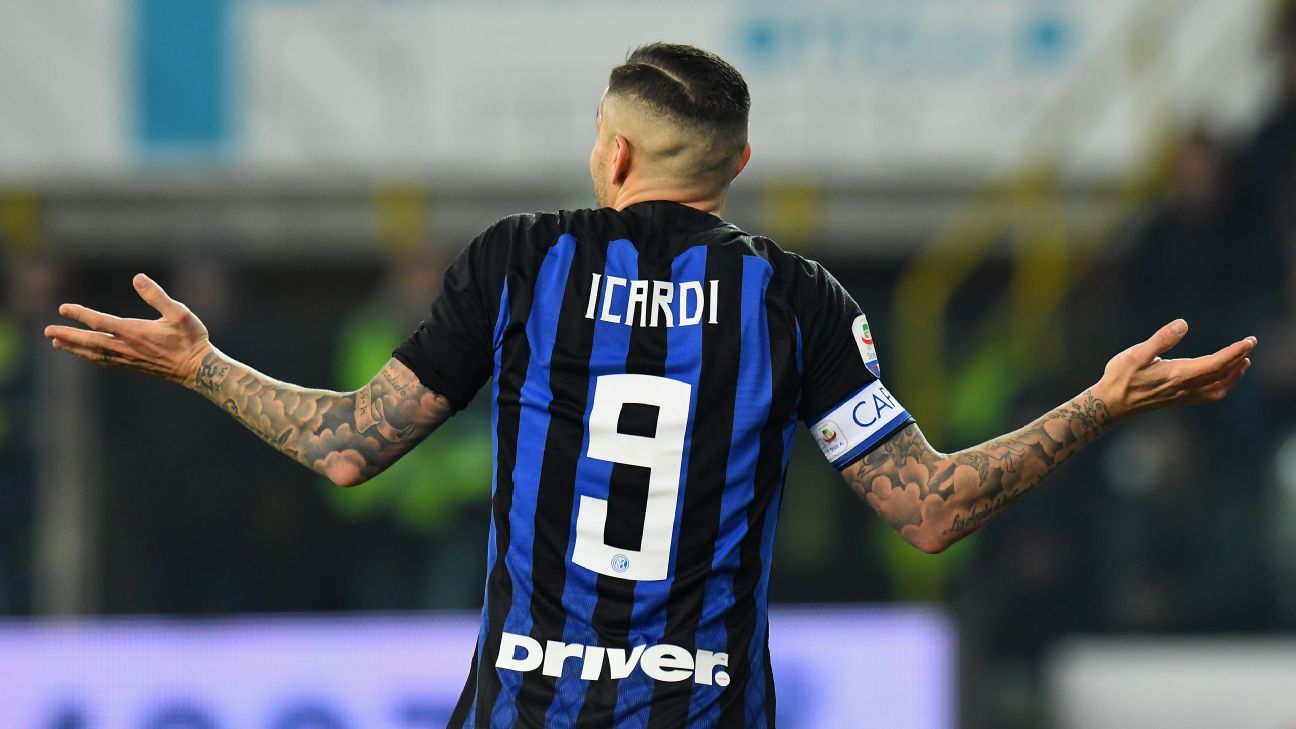 Inter Milan forward Mauro Icardi has broken his silence a fortnight after being scrapped of the club captaincy in a message on Instagram in which he has expressed his love for the Serie A club, but questioned whether everybody within the Nerazzurri feels the same way.

Icardi, 26, was told he was being replaced by goalkeeper Samir Handanovic on the eve of Inter’s Europa League trip to Rapid Vienna.

He pulled out of the squad for that trip and has since been receiving treatment for a knee injury which club doctors say is not serious. He has nevertheless been overlooked for Inter’s recent squad selections and was also left out of the squad which travelled to Cagliari on Thursday.

In his message, posted on his Instagram page, he insisted he had always respected the club, but asked whether this respect is now being shown to him.

“It’s in the most difficult moments that you show true love,” he wrote. “It was in those moments that I decided to stay at Inter, with Inter. When I felt that, with my goals, I could help Inter become stronger than many things. Stronger than the problems of Financial Fair Play. Stronger than our difficulties when lots of people were saying we were not worth much as a team.

“At Inter. With Inter. And despite everything, I always decided to stay. For the love of these colours. I refused offers that a professional footballer would find it hard to refuse, even more so in similar conditions. I played with physical pain which brought me to tears after games and in the following days. But I always insisted about playing, even going against medical advice.

“Because taking to the field, I was able to forget all pain, with the only objective to give all I could to help these colours. At Inter. With Inter. For LOVE of the Nerazzurri colours. Because there is only Inter. I showed my children that you need to maintain hope. I taught them that winning is difficult, but doing it with Inter has a unique significance that only a true Interista can understand, and feel. My children’s eyes do not lie.

“They learned about this love for Inter in my home. I realised my dreams and I realised the dreams of us Interisti by getting back into the Champions League, with the team I captained. Because I always felt and transmitted love for these colours. I always disapproved of those who, at the first opportunity, tried to leave this club. I respected the fans, my teammates, the club, and all of the coaches that have come and gone while I’ve been here.

“I’ve collaborated with the club, on and off the field, in helping every new player settle in, showing them that we could only reach our objectives with passion. I know what love for Inter is, and Inter fans know this because they saw me when I suffered and cried and fought, and ultimately experienced joy for these colours. At Inter. With Inter.

“But as I’ve said, all of these sacrifices were made for the love of these colours, respecting everybody. I don’t know if there is love or respect towards Inter and towards me on the part of those who make decisions. I don’t know if some people have the desire to act and resolve things only and exclusively for the love of Inter. In a family, a lot of things can happen: beautiful and ugly.

“And for love, you can put up with a lot; with everything. But respect must never be lacking. These are my values, these are the values I’ve always fought with. In my history. At Inter. With Inter.”

Inter coach Luciano Spalletti said at a news conference on Thursday that enough has already been said about Icardi, including from senior management, as he sidestepped the subject.

General manager Beppe Marotta earlier this week said he expected to present Icardi’s wife and agent Wanda Nara with an offer for a new contract within the next few weeks, although he added he could not be sure it would be accepted.

Icardi has now missed Inter’s last four fixtures, and will miss a fifth when they face Cagliari on Friday. In his place, 19-year-old Facundo Colidio was called up to the squad by Spalletti on Thursday.