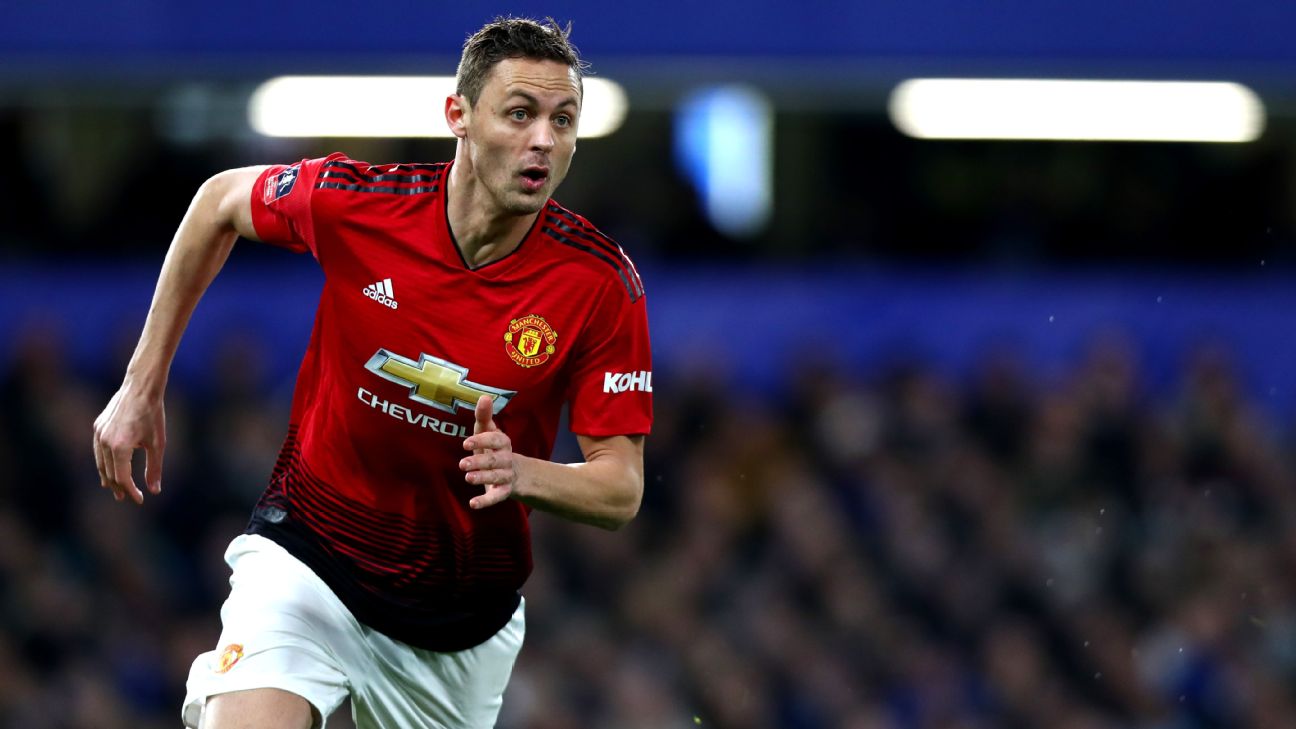 MANCHESTER, England — Manchester United midfielder Nemanja Matic has said ending the season with a trophy would put a “different” spin on a rollercoaster campaign and the chance to deny Manchester City an unprecedented quadruple is extra incentive to lift the FA Cup.

Jose Mourinho was sacked as United manager in December with the club 11 points off a top four place but, 10 wins from 13 matches in the Premier League under replacement Ole Gunnar Solskjaer has seen them back in the running — while they have also reached the quarterfinals of the FA Cup and Champions League.

Meanwhile, Pep Guardiola’s side are top of the Premier League table and still challenging for the Champions League and the FA Cup to add to their Carabao Cup success in February. Before a possible Wembley showdown Manchester derby in the semifinal or final, United have to overcome Wolves at Molineux (live on ESPN+ on Saturday, 3.55 p.m. ET), with City travelling to Swansea (live on ESPN+, Saturday, 1.20 p.m. ET).

Matic said winning a trophy is just as much as a priority for  Solskjaer’s side as finishing in the top four and, asked whether denting City’s bid for history was an added bonus, the Serbia international told ESPN FC: “Of course.

“Man City are a great team and they are fighting for the title and, like us, in the Champions League and the FA Cup. For sure they will try to win everything but we are ready to compete with them.

Nuno Espirito Santo’s team, only promoted back into the Premier League last summer, are seventh in the table and have already recorded a 1-1 draw at Old Trafford this season.

Matic knows a number of Wolves’ Portuguese recruits from his time at Benfica — including a player he describes as one of the best midfielders in the division — and he said no one should be shocked at how well they have done on their return to the top flight.

“We know that Wolves are a great team,” he said. “This season they have played great football and had some good results.

“They have good players — some of them I know because I played against them in the Portuguese league.

“We will have a very difficult test for us and we will be ready. They have some top class players like [Joao] Moutinho. I know him very well from Porto. For me, one of the best midfielders in the Premier League. Their results aren’t surprising because I know them well.”

It means they will head into the international break outside the top four but Matic said momentum under the Norwegian has not been lost as the season prepares to reach its climax.

“We didn’t play badly against Arsenal,” the 30-year-old said. “We created a lot of chances, we played some good football.

“But this is the Premier League. Every team has quality and we cannot win all the time. Of course we are not happy with the game that we lost but we know that we did some great things — and Saturday against Wolves is a great opportunity to bounce back.”