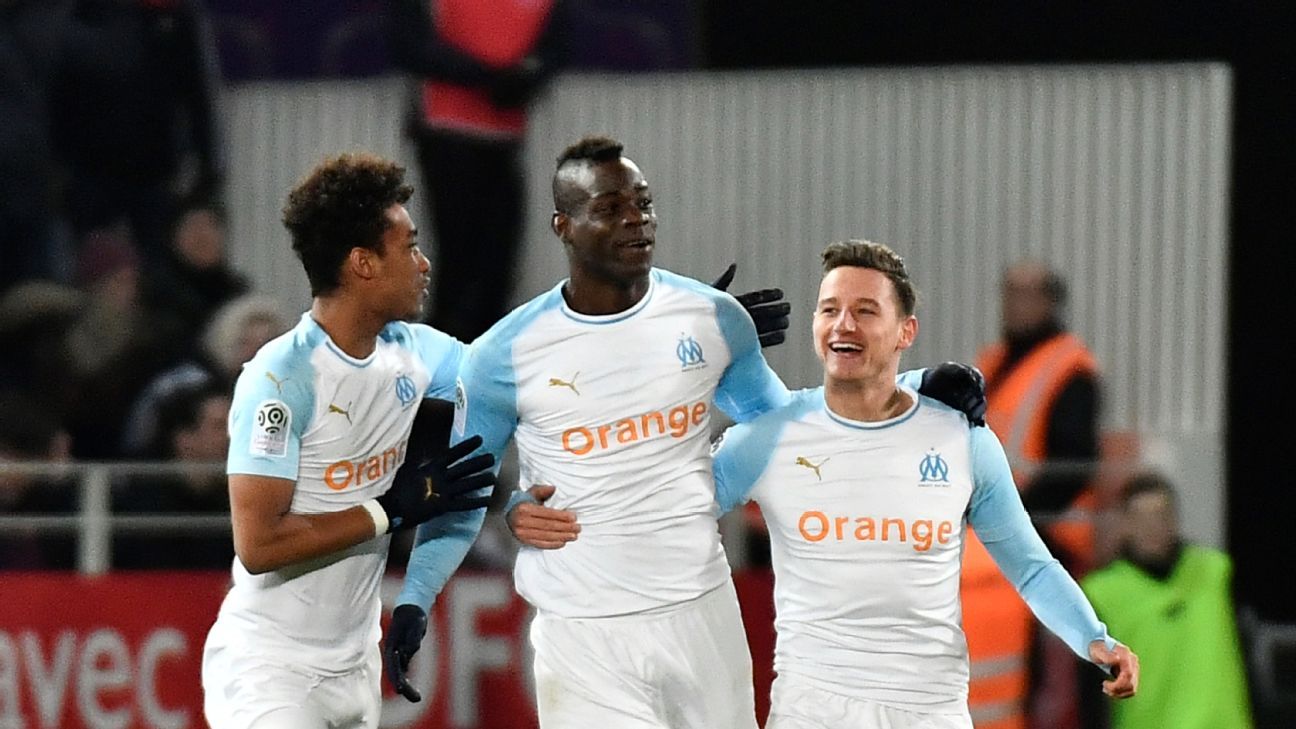 Mario Balotelli’s second goal in three games helped Marseille to a 2-1 win at Dijon in Ligue 1 on Friday.

The Italian striker, who joined last month from Nice, turned the ball in from close range in the 57th minute after winger Florian Thauvin headed on a corner from the right.

Marseille’s second straight victory moved the side up to fifth ahead of this weekend’s matches, and also took some pressure off coach Rudi Garcia following a poor run of results.

While Balotelli was the team’s most dangerous player, a handling error from veteran goalkeeper Steve Mandanda led to Dijon’s 18th-minute opener.

Although Mandanda covered his near post to smother defender Fouad Chafik’s long-range shot, he did not push the ball away far enough and midfielder Jordan Marie followed up to drive it home.

Balotelli leveled before Argentine forward Lucas Ocampos produced a well-taken goal in the 73rd, cleverly cutting inside a defender on the edge of the area and curling the ball into the top corner.

On Saturday, runaway league leader Paris Saint-Germain are at home to Bordeaux.