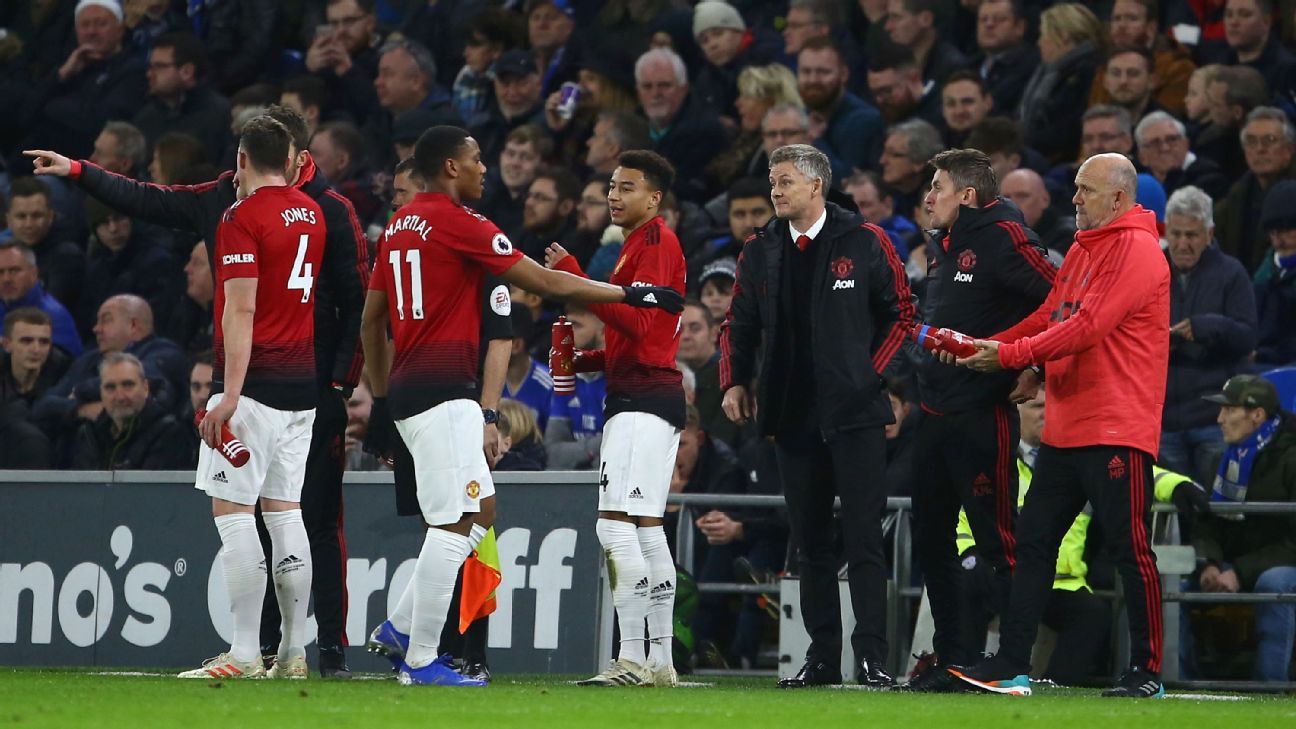 Manchester United manager Ole Gunnar Solskjaer says the top four is not out of reach after beginning his reign with a 5-1 win over Cardiff City.

United are eight points adrift of the Champions League places but Solskjaer has not ruled out a charge up the table in the second half of the season.

“We’ll take one game at a time but we’re eight points behind and we’ve caught up teams before at this club,” Solskjaer told a news conference.

“Now, though, we’ve got to catch up a couple [of teams], but our job is to take one game at a time.

“Don’t look too far ahead but we always play well in [the] second half of the season. Man United teams always do.”

Thanks to goals from Marcus Rashford, Ander Herrera, Anthony Martial and two from Jesse Lingard, United scored five in the Premier League game for the first time since Sir Alex Ferguson’s final match in charge more than five years ago.

But Solskjaer did not want to take all the credit.

“I’m pleased with all of them, every single one of them.

“When you’ve got Martial and Jesse Lingard down either side, Rashford up top with Paul [Pogba] supporting them, it’s exhilarating to watch and as long as we keep that standard up we’ll keep picking up points.”

Solskjaer has only had one training session with his new squad after being parachuted into the job following Jose Mourinho’s dismissal on Wednesday.

The 45-year-old has not been granted the time to change much but did say he told his players they must not be out-worked at the Cardiff City Stadium.

It was a pointed remark given that, under Mourinho, United were towards the bottom of the league in terms of running stats and ahead of only Leicester, West Ham, Brighton and Cardiff.

“One of the things I talked about today is that a Manchester United team should never ever be outworked.

“It doesn’t matter what team you play, you should run more than them and then your skills will give you a chance of winning again.”