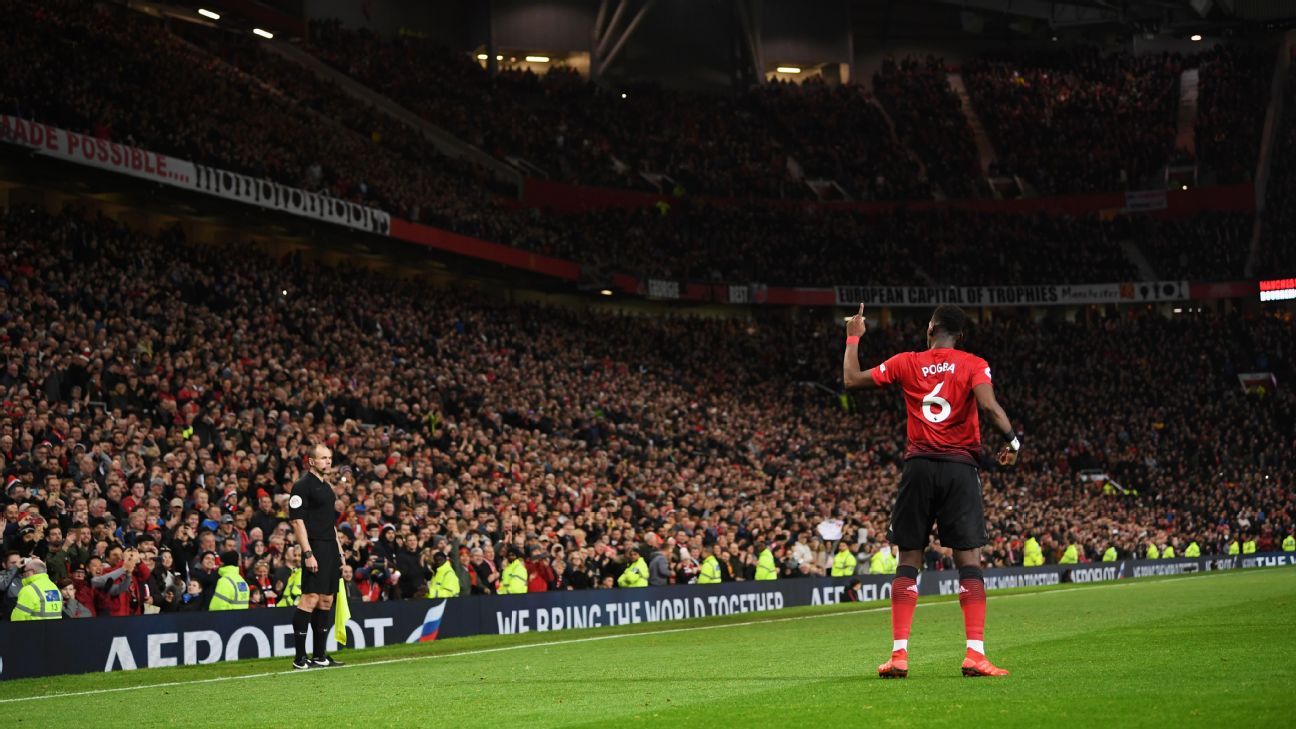 MANCHESTER, England — Jesse Lingard believes the Paul Pogba “he used to know” is back because the Manchester United midfielder is enjoying his football again.

Pogba has scored four goals in his last two games under caretaker manager Ole Gunnar Solskjaer after a difficult start to the season that saw him benched under former boss Jose Mourinho.

“He’s enjoying his football,” Lingard said. “He’s playing in the role he likes to play in just inside off the left. He has the freedom to make things happen. He has always got forward in that position and scored goals.

“Ole has helped him 100 percent. He has given him the confidence and license to be free and play his game and do what we know he can do.

“I can definitely, definitely see the Paul I used to know. I have seen him playing through the ranks and he is back to that player, the player we know.”

Solskjaer knows both Pogba and Lingard from his time in charge of United’s reserve team between 2008 and 2010.

Now in charge of the first team following Mourinho’s dismissal before Christmas, United have scored 12 goals in three games to lift the mood at Old Trafford heading into 2019.

“Ole is great,” Lingard said. “He is great one on one with players. Great man-management. He will always speak to you and tell you what to do.

“For me, he knew me from the reserves and knows what kind of a player I am. When I am on the right wing he likes me to to come inside and make things happen. He gives me license and freedom to do that.

“He’s very special to this club and for this club. He knows where Man United has to be and that is at the very top and putting in performances.”

United have thrashed Cardiff, Huddersfield and Bournemouth in Solskjaer’s first three games in charge and head to Newcastle on Tuesday looking to make it four in a row.

A team organised by Rafael Benitez will be a test of Solskjaer’s attacking philosophy, although Newcastle have struggled at St James’ Park and are without a win at home since a 2-1 victory over Bournemouth on Nov. 10.

“We are enjoying playing football and winning games three and four one,” Lingard said. “Obviously we would like a clean sheet. But we will on that and try to improve on it.

“It is all about how we go into games. If we go into it like we have done the last three matches we will win the game.