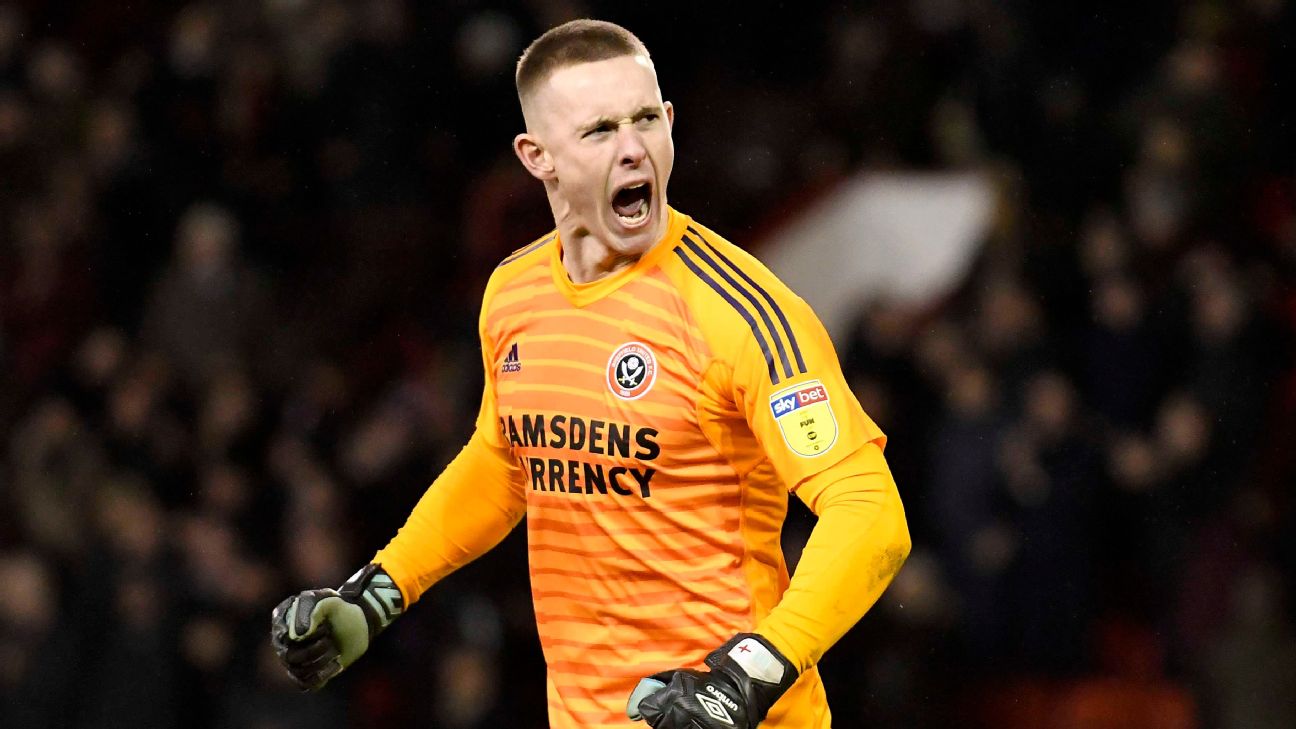 Bayern Munich and Juventus are among the clubs keeping tabs on Manchester United goalkeeper Dean Henderson as he continues to impress on loan at Championship side Sheffield United, sources have told ESPN FC.

The England under-21 international has played a key role in the push for promotion at Bramall Lane, alerting the two European heavyweights as well as a host of Premier League sides including Arsenal and Tottenham.

Henderson signed a two-year contract at United — who also hold an option to extend the deal by another 12 months — in the summer after a successful season at Shrewsbury. He was named in the League One team of the year after helping Shrewsbury reach the play-off final.

The 21-year-old has been a regular at Sheffield United this season as they have risen to third in the Championship table to challenge Norwich and Leeds United for automatic promotion.

Only Middlesbrough and Bristol City have a better defensive record than Chris Wilder’s side. Henderson, capped five times by England’s U21s, has kept 10 clean sheets including three in his last five games.

United are keen to keep hold of the goalkeeper, signed as a 14-year-old from Carlisle in 2015, but face a battle as some of Europe’s biggest clubs monitor his situation. He is the latest English youngster being tracked by Bayern, who saw a bid for 18-year-old Chelsea starlet Callum Hudson-Odoi knocked back in January.

Henderson is behind David De Gea, Sergio Romero and Lee Grant in the pecking order at Old Trafford but is seen as a potential United No. 1 by the club’s academy staff.

United are in negotiations with De Gea about extending his contract beyond 2020 but progress has been slow and there has yet to be a breakthrough in the talks.