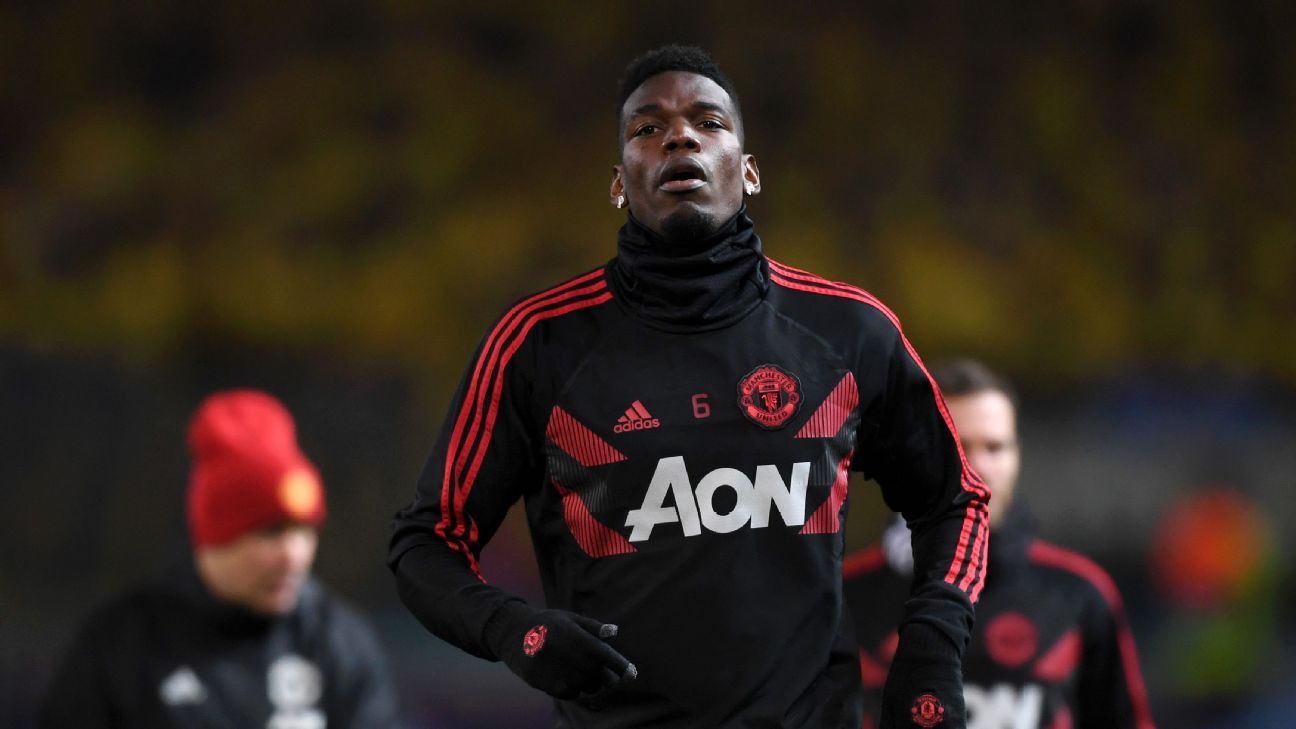 Manchester United will reject any attempts to prise Paul Pogba away from Old Trafford in January, sources have told ESPN FC, despite growing interest from Juventus in re-signing the France midfielder.

Pogba, who cost United a then-world record £89 million when returned to the club from Juventus in August 2016, has been dropped to the substitutes’ bench by manager Jose Mourinho for the club’s last two games, against Arsenal and Fulham in the Premier League.

Mourinho insisted after Saturday’s 4-1 win at home to Fulham that Pogba will start Wednesday’s Champions League clash with Valencia in Spain and will “show everyone how good he is.”

But despite Mourinho’s assurance that the 25-year-old will be given the chance to prove his worth this week, Pogba’s future at Old Trafford is increasingly uncertain following a turbulent season since helping France win the World Cup in Russia.

Mourinho has stripped Pogba of the vice-captaincy, claiming that he is unsuited to the role, and the pair were also involved in a much-publicised training ground spat, when television cameras captured the manager clashing with the player in front of teammates.

Pogba, who was ranked as the fifth-best midfielder in in the ESPN FC 100, has also delivered thinly veiled criticisms of Mourinho’s tactics, saying United should “attack, attack, attack” after the draw at home to Wolves in September.

Mourinho last week refused to discuss allegations that he described Pogba as a “virus” following the 2-2 draw at Southampton earlier this month, but the player has not started a competitive game since his poor performance at St Mary’s.

But although the United hierarchy are aware of Pogba’s struggles with Mourinho this season, sources have told ESPN FC that the club has no intention to sell the player.

Barcelona have held a long-standing interest in Pogba, but financial constraints at the Camp Nou due to the Spanish champions’ wage bill make it unlikely that they would be able to pursue a move for the midfielder next month or during the next summer window.

Juventus are interested in taking their former player back to Turin, with sporting director Fabio Paratici saying last week that a move for Pogba has been “discussed many times.”

Sources have told ESPN FC that United and Juventus have a close relationship at board level and speak regularly, although the Old Trafford club have not been made aware of concrete interest from Juve in making a move for Pogba in January.

But while United know that there would be a market for the player if he was to be made available, there are no plans to sell Pogba next month.