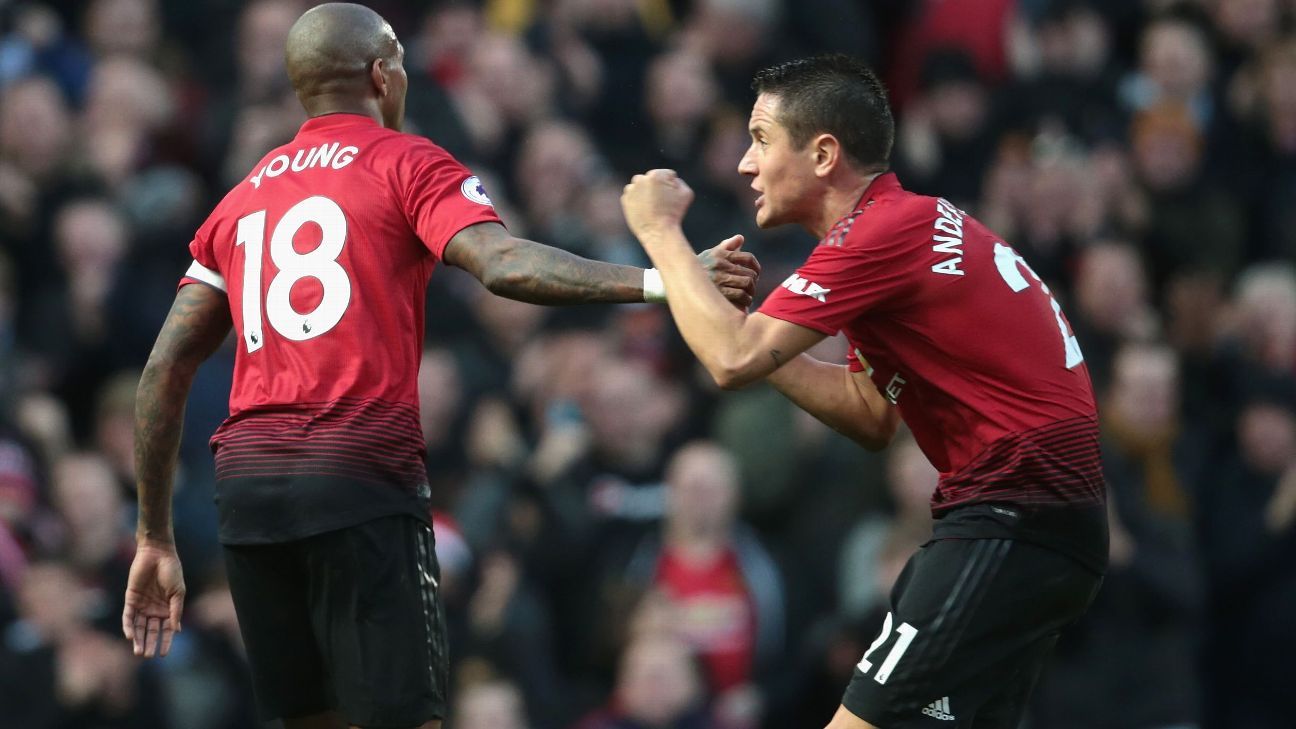 They have been free to negotiate with clubs outside England from Jan. 1 but United are confident they will reach agreements as negotiations continue.

Mata, 30, is keen to stay at Old Trafford but has been the subject of interest from a number of clubs in the Premier League and across Europe.

Herrera would also like to stay and is prepared to snub interest from former club Athletic Bilbao to extend his contract. Herrera, according to a source, is happy playing under caretaker manager Ole Gunnar Solskjaer after starting three of the Norwegian’s five games in charge. He was rested for the FA Cup victory over Reading and is expected to start against Tottenham at Wembley on Sunday.

Young, 33, is also open to staying but is keen to seek assurances about how many games he is likely to play. The full-back has options in Italy, Spain, the United States and China and has not ruled out playing abroad if it means getting regular first team football. After spending last season at left-back under former manager Jose Mourinho, Young has made himself the regular right-back with Luke Shaw taking over on the left.

Meanwhile, goalkeeper Joel Pereira has returned early from a season-long loan spell at Vitoria Setubal. The 21-year-old is likely to head back out on loan before the end of the January transfer window.

Timothy Fosu-Mensah is also free to return to Old Trafford from Fulham after being told he is not in manager Claudio Ranieri’s plans. The Dutchman, 21, was due to spend the season at Craven Cottage but could now find a new club ahead of the second half of the campaign.

Sources have told ESPN FC that United also expect a number of under-23 players to head out on loan with Ethan Hamilton, Regan Poole and Ro-Shaun Williams among those who could secure a temporary move for the rest of the season.