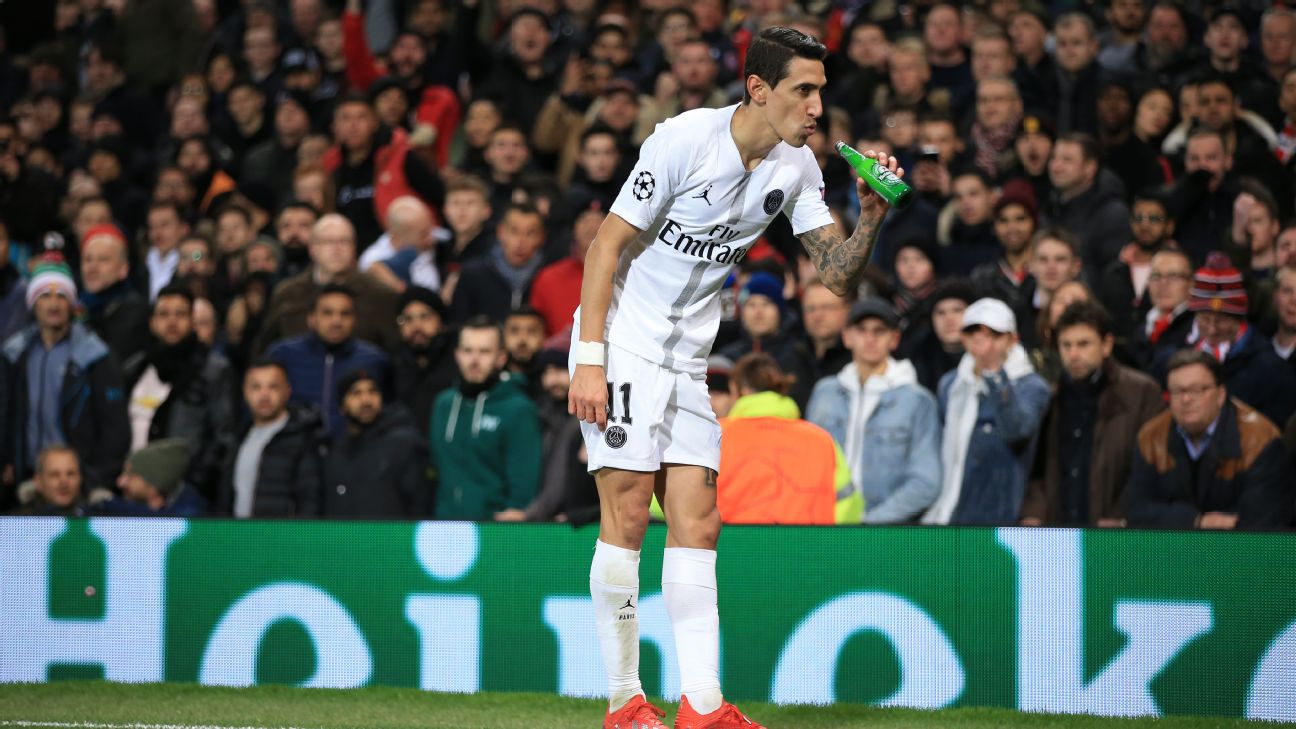 Manchester United and Paris Saint-Germain have both been fined by UEFA regarding incidents during the French giants’ 2-0 Champions League last-16 first leg win at Old Trafford earlier this month.

Presnel Kimpembe and Kylian Mbappe scored the goals for the Ligue 1 leaders on the pitch, but off it, Angel Di Maria was targeted with objects by the home crowd and the travelling supporters were also guilty of throwing items towards members of the home side.

As hosts, United were hit with a €16,000 fine because of blocked stairways and thrown objects, while PSG received a €41,000 penalty and were instructed to contact their opponents inside of 30 days to sort out damages to away seats and the segregation net separating them from the home crowd.

On top of the damages, PSG were also in trouble because of the use of fireworks, thrown objects and crowd disturbance.

Les Parisiens were also fined €25,000 for their 4-1 final Champions League group stage win away at Red Star Belgrade getting underway late and the improper conduct of officials.

Coach Thomas Tuchel has been handed a one-game suspended ban over a period of 12 months because of his behaviour playing a role in the delayed kick-off.

PSG and United will meet at Parc des Princes in the French capital for the second leg of their clash next Wednesday.