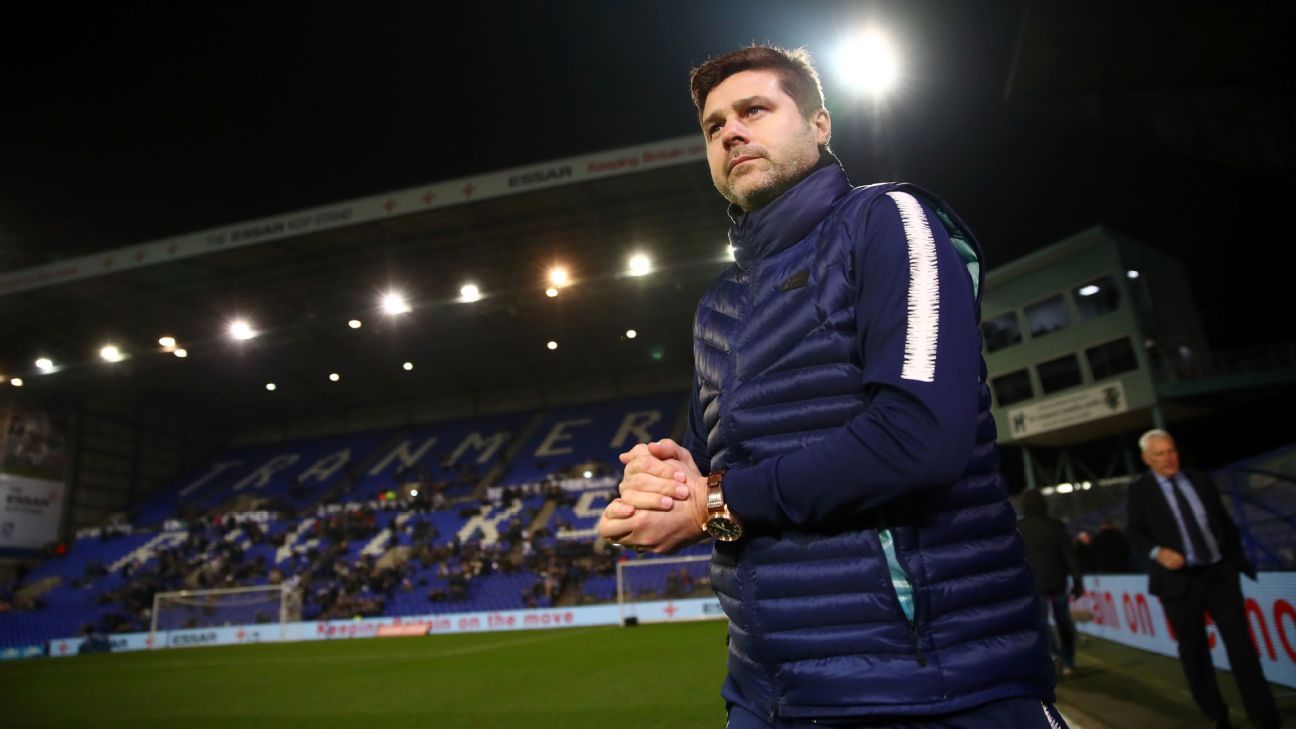 MANCHESTER, England — Ole Gunnar Solskjaer says speculation surrounding Manchester United’s pursuit of Mauricio Pochettino is “there for a reason” because Tottenham have performed so well under the Argentinian.

Solskjaer and Pochettino will go head-to-head at Wembley on Sunday when United take on Tottenham and the Norwegian can understand why his opposite number is favourite to land the role at Old Trafford.

“The speculation is there for a reason because he’s done well but it’s not my job to rate different managers. My focus is on me and my team.”

Solskjaer and his squad arrived back at Carrington on Thursday evening after a warm weather training camp in Dubai.

Paul Pogba arrived late after staying behind in Manchester to undergo further treatment on a thigh injury but Solskjaer is confident the Frenchman will be fit to face Spurs.

“He looked OK towards the end so he will be fit,” said United’s caretaker manager. “He did have some problems but came through the last couple of sessions well so he should be OK.”

United have not won a league game at Spurs since March 2012 under Sir Alex Ferguson.

Solskjaer enjoyed success against them as a player scoring seven goals in 13 games and the 45-year-old has promised to attack Pochettino’s side.

“We are playing one of the best teams in the league and have to be aware of their strengths,” said Solskjaer.

“But I have been brought up in a way. We need to attack teams, that’s our strength as well going forward and attacking as a team.

“We won’t get as many chances to attack against this team as before so we’ve got to be ready when we’ve got hold of the ball and play well, use it because Wembley is a decent-sized pitch.

“We’ve had tests but of course this is against a top, top side and if we want to get close to them and go past them we will need a good result.”