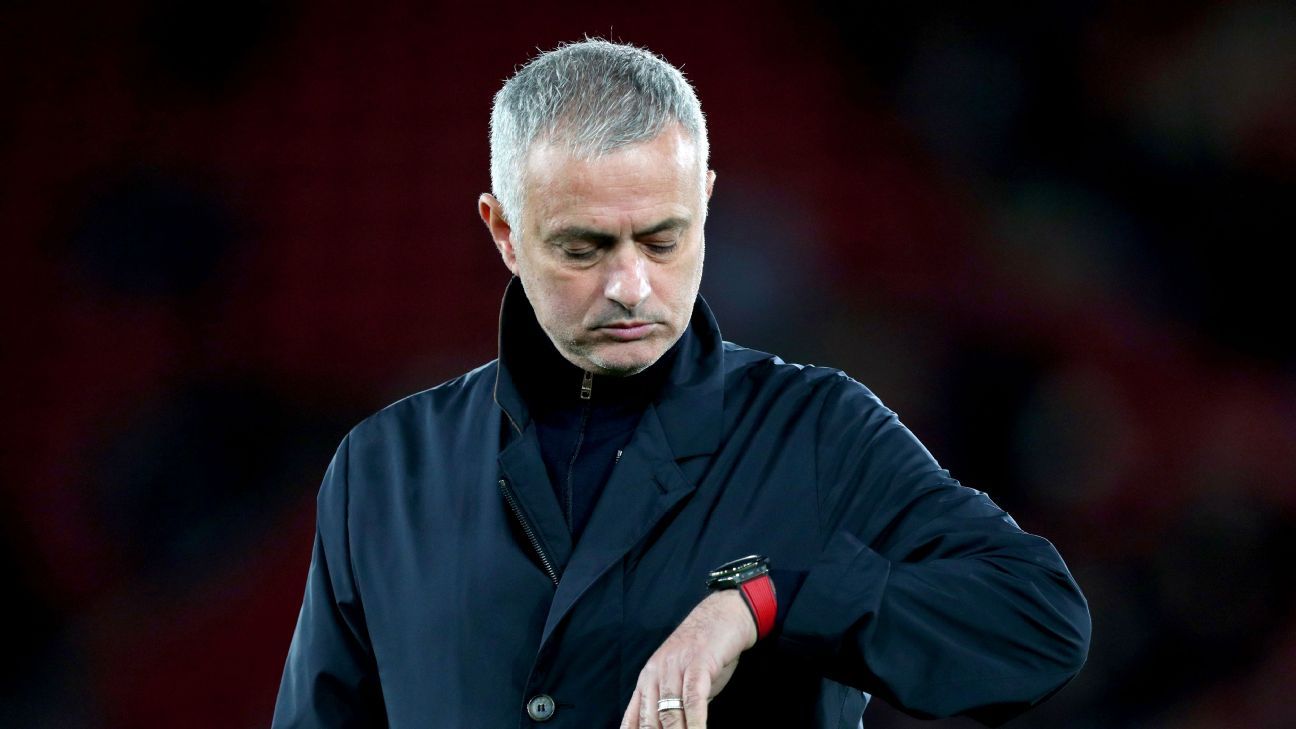 MANCHESTER, England — Jose Mourinho has suggested that Manchester United face a wait to win another title unless Manchester City’s spending is reined in.

United, who have not lifted the Premier League trophy since 2013, finished 19 points adrift of Pep Guardiola’s champions last season.

Mourinho’s team are already out of the race this season after a run of four league matches without a win left them 18 points behind City, and he said something would have to change before United were realistic contenders again.

“I don’t know, it depends on our evolution but also others’ evolution,” he told a news conference on Friday.

“If the ones above us keep going in the same direction and if their ambition and investment is continuous, that’s one thing.

“Another thing is if they stop, or if the financial fair play makes them stop and then we can close the gap a little bit better.”

Mourinho complained before the midweek 2-2 draw with Arsenal that United’s struggles this season were because they were the only team among the top group that had not improved.

Sources have told ESPN FC the 55-year-old was disappointed at a lack of new recruits during the summer but, asked directly who was to blame, he refused to point the finger.

Mourinho has spent close to £380 million in his two-and-a-half years at Old Trafford, while Guardiola has spent £527m over the same period.

The team Mourinho picked to play Arsenal on Wednesday had no room for his three most expensive signings — Paul Pogba and Romelu Lukaku, bought for a combined £164 million, were named on the bench while £52 million midfielder Fred was omitted from the squad.

Lukaku, in particular, is struggling for form in his second season at Old Trafford, having scored just once in his last 14 appearances.

The 25-year-old was almost ever-present last season before playing a key role in Belgium’s successful World Cup campaign, but Mourinho rejected a suggestion that his problems in front of goal could be put down to tiredness.