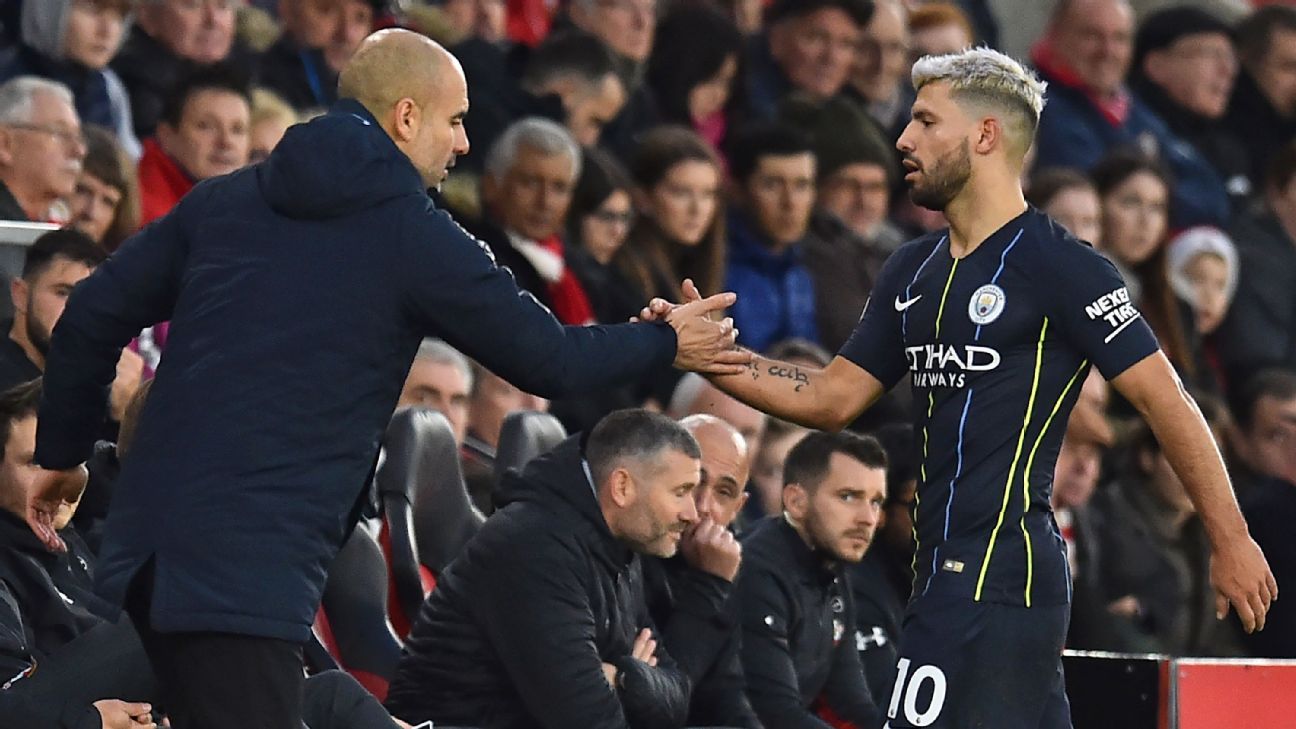 SOUTHAMPTON, England — Pep Guardiola says it will be “almost impossible” for Manchester City to defend their Premier League title if they don’t beat Liverpool on Thursday.

City moved up to second and cut the gap on Liverpool to seven points when they recovered from back-to-back defeats to beat Southampton 3-1 at St Mary’s.

The champions can reduce the advantage further when the two sides meet at the Etihad Stadium on Thursday and Guardiola said it is a must-win game.

“With the position of Liverpool, if we drop points then it is over, it is finished. It would be almost impossible,” Guardiola told a news conference after the win at Saints.

“Of course they are going to drop points, but not too many. If you want to be there as far as possible until the end we have to remember what happened last season.”

Jurgen Klopp’s side remain unbeaten in the Premier League and Guardiola said Liverpool are one of the best teams in the world at the moment.

“We won a lot of games but unfortunately we lost two and we have a rival who at the moment is the best team in Europe, or in the world,” he added.

“That’s why it’s a challenge for us next Thursday, to try to win and sustain this position as far as possible to arrive at the end of the season fighting for the title.

“We’re not here to send a message, Liverpool know what they have to do, we know what we have to do next Thursday.

“I know the distance is big — seven points — especially because they’re so solid and consistent, but we’re at home, hopefully our extra help from our people at the Etihad can help, they can support us. Not just for the game, but these players deserve it. What they have done in the last 14 or 15 months, how they defend this club, is incredible, it’s massive.

“In the winter break everyone loses games, except for Liverpool in this period, but everyone drops points, that’s normal. We spoke about responsibilities and what we are as a team and they did it today, that was fantastic.”

His words were echoed by Vincent Kompany, who said the players have to give everything in the clash with Liverpool to haul themselves back into the title race.

“We shouldn’t focus too much on points at the moment, we know if we can play to our potential we know we are a good team,” he told SkySports. “Our pride has been hurt over the last few weeks but we have everything to play for and it depends on us.”

Asked how his side will tackle the Liverpool match he added: “The same as always, we want to win. It is one of those key games you live for. Every living soul that comes into the stadium on Thursday has to be ready to fight and give it to them, and we should be able to pull everything out of the locker for that game.”

City go into the game having failed to keep a clean sheet in their last 10 matches. They went ahead at St Mary’s through David Silva but the Saints levelled when Pierre-Emile Hojbjerg punished a poor touch from Oleksandr Zinchenko.

But the visitors responded with a James Ward-Prowse own goal before Zinchenko made amends for his error by setting up Sergio Aguero for a header on the stroke of half-time.

“Oleks was the best player on the pitch because after the mistake he never hid, he never said he didn’t want the ball,” Guardiola said. “Before the cross to Sergio he made four or five actions to pass the ball and play.

“That’s what I’m most delighted with, mistakes are part of the game. It was two or three balls in that position in the second half where he set the ball, he did it. He is young, he will learn.

“I said to the players at half-time: ‘Learn from Zinchenko today, guys.’ Everybody can make a mistake but what he has done after that in a game where he can feel bad or guilty for the team, he was absolutely outstanding. One of the most incredible things I’ve ever seen.”