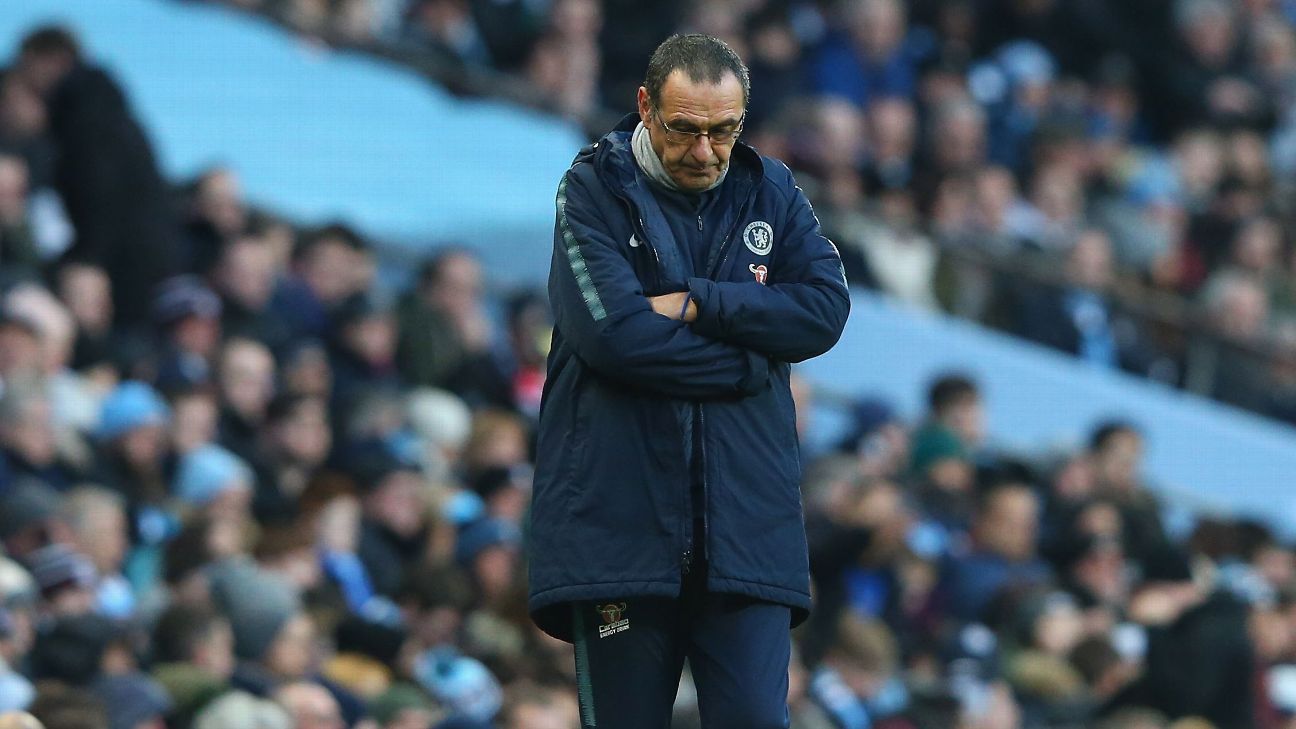 Manchester City have apologised for playing Chelsea victory anthem “One Step Beyond” after Sunday’s 6-0 victory over the Londoners at the Etihad Stadium.

The song, by Chelsea supporters Madness, is used after wins at Stamford Bridge and was played earlier in the season when Maurizio Sarri’s side became the first team to beat City in the Premier League this season.

City have used the song after recent wins over Chelsea at the Etihad, but cut it short on Sunday after their humiliating margin of victory.

Chelsea boss Sarri headed straight down the tunnel without shaking hands with Pep Guardiola, but the pair spoke privately after the game.

Pressure on the manager is increasing after the thrashing saw Chelsea drop to sixth in the table, but Guardiola urged them to back him.

“I know exactly what he wants to do,” he told a news conference. “This kind of person, these type of games, always helps to make our football better.

“They beat us at Stamford Bridge and against Napoli [Sarri’s old club] last season they were tight games — in moments of those games, they were better than us.

“But people don’t understand how difficult it is to do something — my first year was difficult too. It needs time, it only depends on the belief of the owners and the people in charge.”