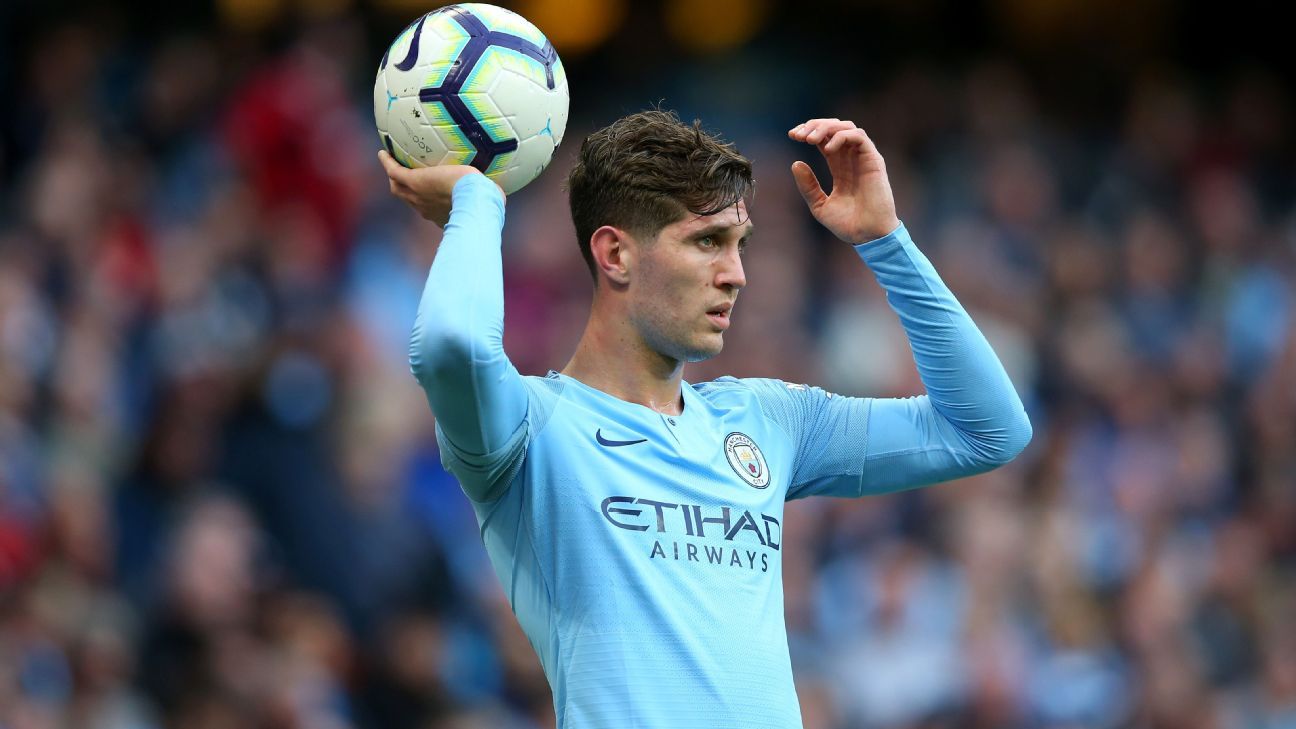 Manchester City are expecting a scrap in their final two matches as they close in on a second successive title and don’t anticipate “easy wins” in either of their remaining games, according to defender John Stones.

The Premier League leaders need just two victories from their final games against Leicester City and Brighton to guarantee finishing above rivals Liverpool.

But with Leicester, now managed by former Liverpool boss Brendan Rodgers, still fighting for a European place and Brighton not certain of survival, Stones says he and his teammates are taking nothing for granted.

“Nobody in our dressing room will take these last games lightly and say these are easy wins,” he said. “All 20 teams in this Premier League — none of them will give you an easy game, no matter where they are.

“Even the ones who have been relegated already. They’re still fighting for themselves and for their clubs. Never underestimate any team that’s lower in the league than you are, that’s when you start to become complacent and slip up yourselves.

“I think as players we go in and attack the games as difficult, respect our opponents and try to play our game.”

City are already on a run of 12 successive victories since a defeat against Newcastle in January, which left them four points behind Liverpool having played a game more.

Other than last season’s title success, two of City’s Premier League wins have come on the final day of the season and Stones says the experience of senior players has helped them through.

“We’ve got to be guided by those and try to take everything in. It makes everything exciting, keeps everyone on our toes. If you ask me if i’d prefer to win it like last season, I’d say yes. But it’s the situation that we are in and one we’re really enjoying, trying to go with the flow, take everything in and keep putting the performances in.”

Raheem Sterling has also come to the fore this season and his outstanding performances saw him win the Football Writers’ Association Footballer of the Year award.

The 24-year-old has also been acclaimed for speaking out on social issues including racism and Stones says he is a worthy winner.

“How Raheem has handled himself this season, he has overcome a lot of things — some non-football related,” Stones said. “That’s been something.

“How he has stood up for his beliefs and still gone out and performed the way he has. That’s admirable for me — as a friend — but I also admire him for going out and scoring the goals he has.”