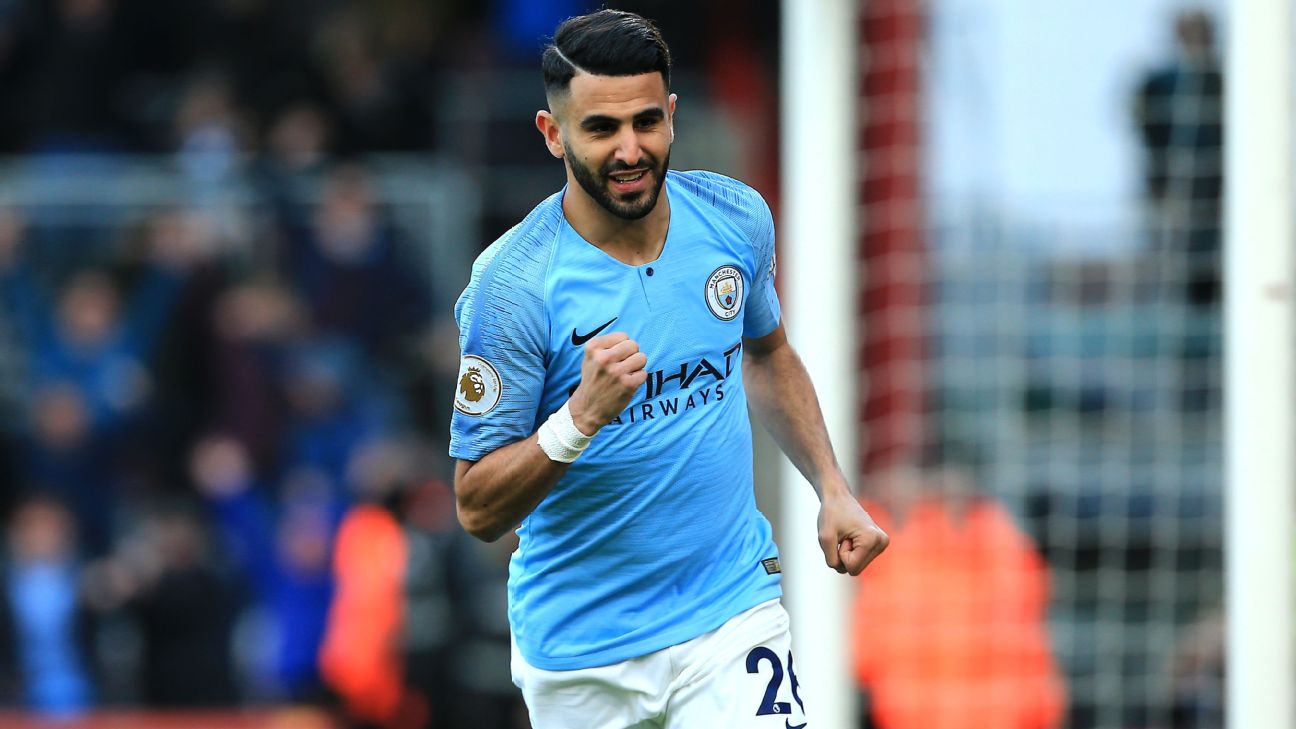 Riyad Mahrez has said Manchester City are keeping calm and enjoying the pressure of the Premier League title race.

Mahrez, who joined City in a club-record £60 million deal in the summer, was part of the Leicester side that won the 2016 title in one of the greatest shocks in English football history.

The Algeria international said City — bidding for a second successive title — were enjoying the battle with Liverpool, who are a point ahead of them.

“We live for this, to be honest, this type of pressure,” he told reporters. “It’s good pressure — it makes you try to achieve more and more.

“At Leicester we had a feeling where no one had won the league, but here everyone has won it so it’s not the same thing. Here, it’s more calm and composed. We know what to do.

Mahrez struck to give City a 1-0 victory at Bournemouth on Saturday, and boss Pep Guardiola said the goal was “important for him” after he had struggled for a starting role.

“As an attacking player it’s always good to score and help the team to win,” Mahrez said. “I know I was a long time without playing, but I’ve always been focused.

“But scoring is not a final thing — I still have to work hard because everything you have done in football is forgotten and it’s about the future.

“You have to respect the choices of the manager. When he needs you, you have to give everything. Do that, and the goals and assists will come.”

Mahrez saw his volley squirm past Bournemouth keeper Artur Bourc and said: “I was lucky, to be honest. Sometimes when it comes to my right I just close my eyes and shoot. I tried to shoot across but hit the floor at the same time, so it went inside the post.

“Sometimes it’s enough and you have to take it. We are not always going to win 3-0 or 4-0. I remember when I was at Leicester, around this time we were winning every game 1-0. It’s a win, very good.”