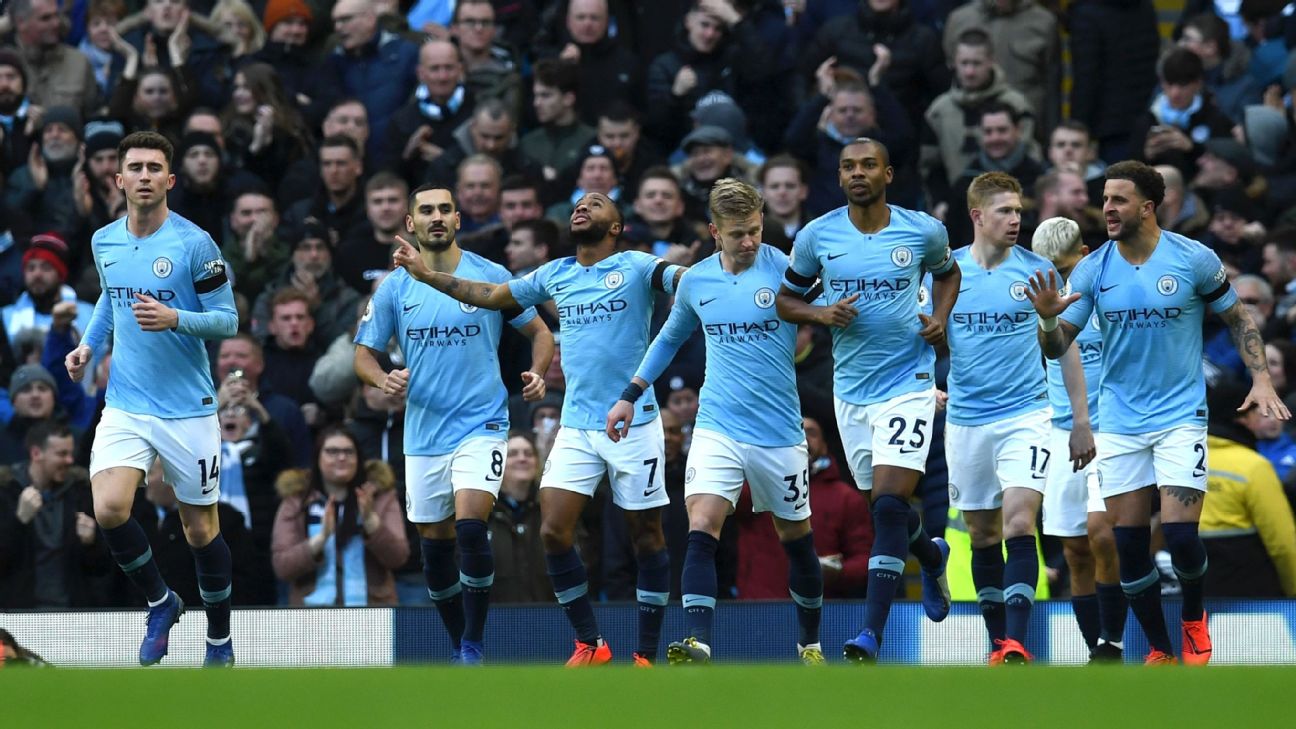 MANCHESTER, England — Manchester City have agreed the second biggest kit deal in Premier League history — only behind neighbours Manchester United — after announcing a new long-term deal with Puma covering the Premier League champions and four of its sister clubs.

Although the details of the deal have been kept secret, sources have told ESPN FC that they have agreed a 10-year deal worth around £65 million a year.

That is a significant hike on the current £20m deal with Nike that finishes at the end of the season.

New York City, who are also part of the City Football Group (CFG), are bound by the MLS-wide sponsorship with Adidas.

CFG CEO Ferran Soriano believes the deal shows that City are now competing with the biggest clubs in Europe for sponsorship deals.

“It is a historic day for us, what we are doing has never been done before,” he said. “It is an unprecedented partnership. We needed a partner that can go fast with us.

“This is who we are now, this is the product we can offer.”

City players Sergio Aguero, Vincent Kompany and David Silva already have individual deals with Puma and the sports manufacturer will explore the possibility of adding more from the first-team squad.

But City will become the biggest club in the their portfolio and Puma CEO Bjorn Gulden says that Pep Guardiola’s style of play had an impact on their decision to go with the English side.

“There’s no doubt from a global point of view that the Premier League has the biggest international impact so if you have the best club they will be the most important club,” he said.

“I think the fans globally like to see interesting and attacking football and City and Pep have that image.

“A lot of it has to do with the history of these guys coming from Barcelona and Pep as a personality is a positive thing. But I think that you look at the players — it’s going to be a brand leader of course.”

The new kit will be launched in early July ahed of the preseason tour to Japan and will be worn for the first time in their friendly with another CFG club Yokohama F Marinos. The Japanese side are also not part of the deal as they are covered by a current agreement with Adidas.