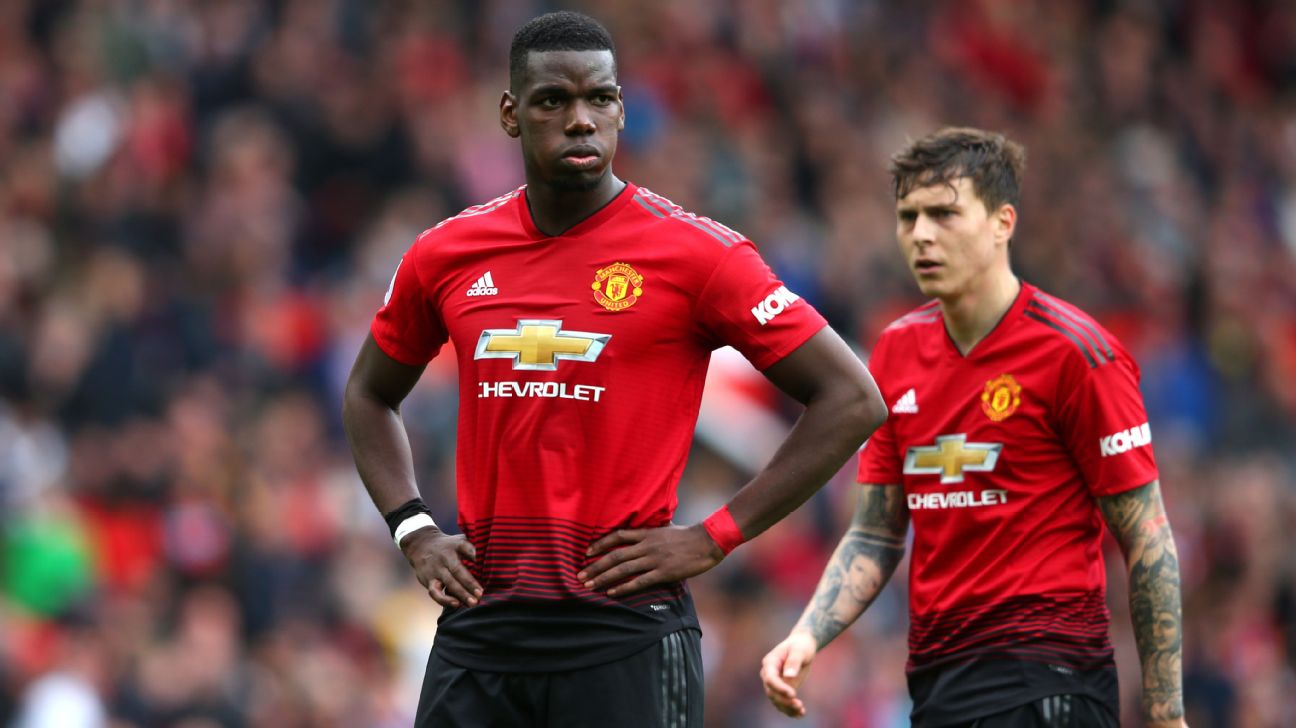 Paul Pogba will be forced to take a pay cut if he leaves Manchester United for Real Madrid this summer, as sources have told ESPN FC that the Spanish club are not prepared to match his £290,000-a-week Old Trafford wages.

Sources at United have repeatedly said Pogba, 26, will not be sold at the end of the season, despite persistent speculation linking the midfielder with a move to the Santiago Bernabeu.

Both Pogba and Madrid boss Zinedine Zidane have spoken recently about the prospect of the France international playing in the Spanish capital, but United manager Ole Gunnar Solskjaer has said that he expects the £89 million signing from Juventus to be a part of his squad next season.

Sources have told ESPN FC, however, that some of Pogba’s club teammates expect him to push for a move this summer if United fail to qualify for the Champions League — an outcome which is now increasingly likely following Sunday’s 1-1 draw with Chelsea at Old Trafford which has left United three points adrift of the top four with only two games left to play.

United’s determination to keep Pogba, rooted as much in the player’s commercial value as his contribution to the team, may yet prompt the club to discuss a new contract with his advisors in an effort to put an end to Madrid’s efforts.

But while sources have told ESPN FC that Madrid’s interest in Pogba is strong and long-standing, the club are unwilling to add further strain to their huge wage bill by offering him a contract worth more than his United deal.

Madrid are also in the hunt for Chelsea forward Eden Hazard, with the club aware of the need to strengthen all departments of the team and reduce the average age of Zidane’s squad.

With high earners Gareth Bale, Toni Kroos and Isco all facing uncertain futures, Madrid need to create space on their wage bill to accommodate the likes of Hazard and Pogba, who would both likely cost in excess of £100m each should transfers be negotiated with Chelsea and United respectively.

And if Pogba is able to force through a move from United, he will have to accept a reduced salary in order to make it happen this summer.