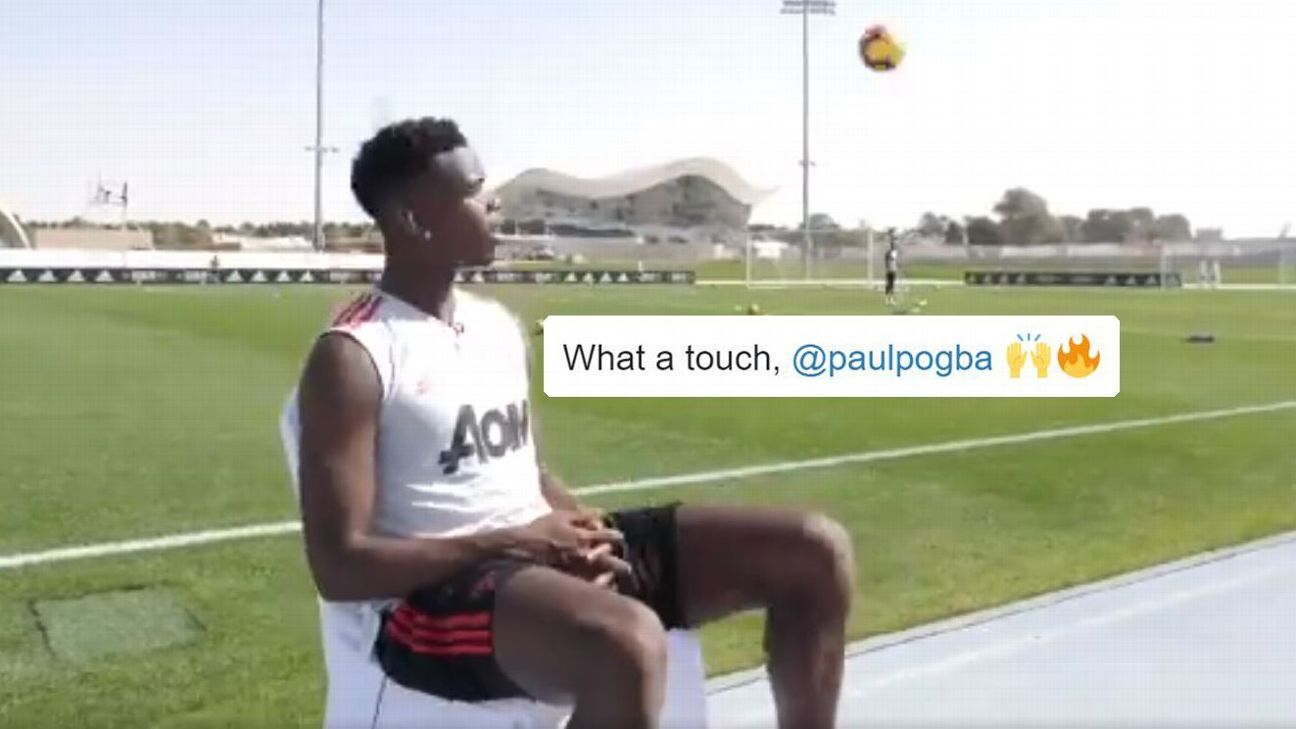 Since Jose Mourinho was sacked, Pogba has been brought back into the team and responded with four goals and three assists in four appearances for the caretaker boss.

And the good times continued at Manchester United’s training camp in Dubai this week, where Pogba’s stunning ball skills and effortless style were caught on camera during an interview with MUTV.

As Pogba was sat talking to the film crew, a teammate mischievously clipped a ball at them from distance. The midfielder gave a casual side-eye toward the incoming missile, then turned away again as he took the sting out of the ball and directed it out of harm’s way with the back of his left foot, all the while continuing to speak to the camera with just the merest of pauses.

Some may question Pogba’s various outlandish hairstyles or his patented Pogmojis, but there’s no faking that instinctive level of cool.

That said, it’s not quite on the same level as Antonio Conte’s incredible first touch, exhibited in 2016 while on the touchline at Chelsea.

Pogba’s touch was impressive, but he’ll need to show he can do it while wearing a pair of brogues before he reaches Conte’s level.