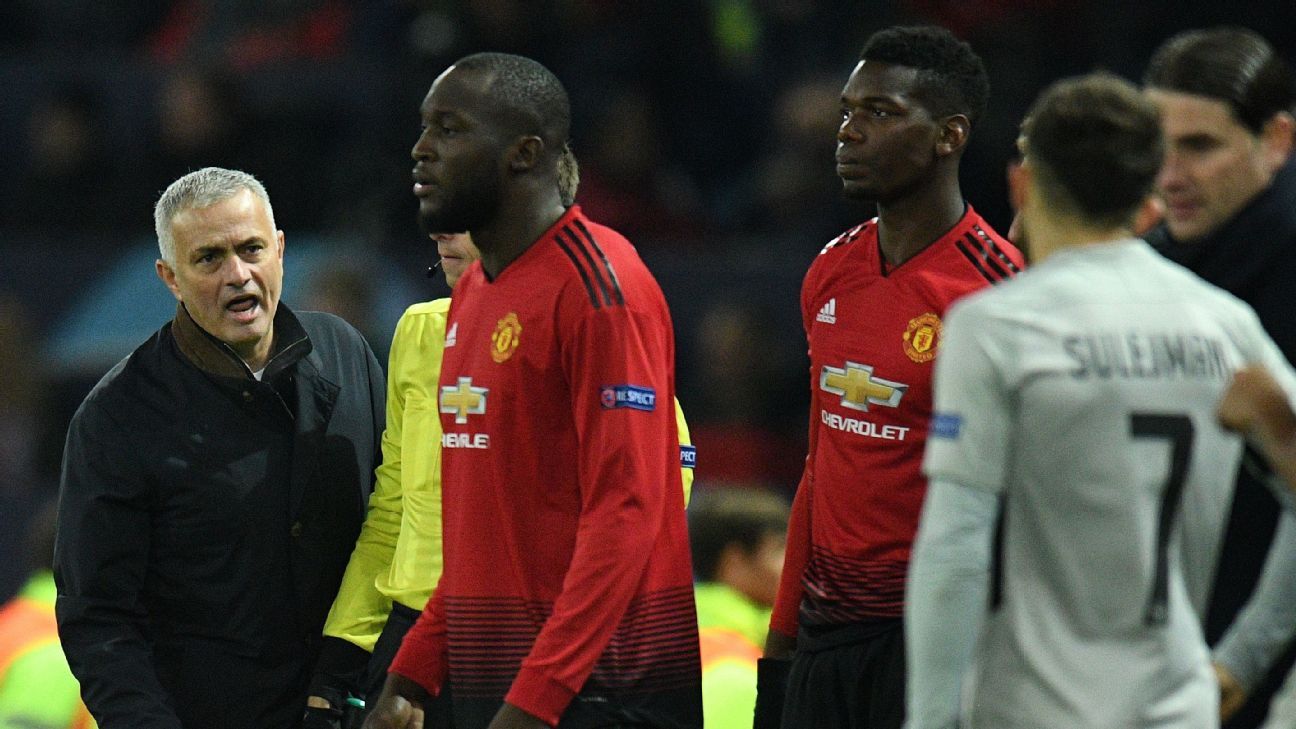 The last time Manchester United went into a league game against Liverpool with a bigger deficit than the 16-point gap between the two clubs, the men from Anfield were just weeks away from clinching their 18th — and last — English league championship.

Back in March 1990, when Alex Ferguson’s relegation-threatened team were languishing in 16th position of the old First Division, two points above third-bottom Manchester City, United faced Liverpool at Old Trafford no fewer than 21 points behind their century-old rivals.

Liverpool would win that game 2-1 and leave United in even deeper trouble at the foot of the table, so while the picture looks bleak right now under Jose Mourinho, it has been much worse at Old Trafford in living memory. But everything United do or achieve is measured against Liverpool, both in the present and in the past.

United have won 20 titles to Liverpool’s 18, while Liverpool have five Europeans Cups compared to the three won by United and both sets of supporters proudly boast about those respective tallies.

Right now, though, United are on the downside of the comparison with Liverpool, with Jurgen Klopp’s team going into this weekend’s clash at Anfield as the unbeaten Premier League leaders.

Liverpool look to be the real deal, with optimism high on Merseyside of a first title since 1990, but United are a club and a team that appears to be drifting dangerously off course under Mourinho.

Things were bad for United under David Moyes in 2013-14, but back then, they only trailed Liverpool by 11 points when they met during the closing weeks of the season, so Mourinho’s team are plumbing new depths in the Premier League era.

But how has it come to this? Only last season, United finished in second place in the Premier League, six points clear of fourth-placed Liverpool, so the points swing since May has been dramatic and, from a United perspective at least, alarming.

The difference, from a football standpoint, is that one team — Liverpool — has become a formidable unit thanks to its sense of the collective under Klopp, whereas United are now limping along with an expensively-assembled squad of individuals that Mourinho has been unable to mould into a cohesive unit.

Liverpool’s famed front three of Mohamed Salah, Roberto Firmino and Sadio Mane have, in the opinion of many observers, so far failed to replicate their goalscoring heroics of last season, yet they go into the United game having scored 20 league goals between them, despite not hitting their best form.

United’s front four of Romelu Lukaku, Alexis Sanchez, Anthony Martial and Marcus Rashford have scored 17 combined Premier League goals in comparison, but it is further back that United really fall short in relation to Liverpool.

The tight defensive unit marshalled by Virgil van Dijk has conceded just six goals in the league so far, with only one of those coming at Anfield. United, meanwhile, have no Van Dijk-like figure to knit it all together at the back, which is why they have shipped a remarkable 26 goals in just 16 league games so far.

But United’s defenders, who have been publicly dismissed as not being good enough by Mourinho this season, are only part of the problem. In front of them, they are protected — or not, as would seem to the case — by a dysfunctional midfield inhabited by players who are either not good enough or not trusted by Mourinho to do what he asks of them.

If the midfield is a team’s engine, United’s would be that of an unreliable old family car with too many miles on the odometer, with Liverpool instead being blessed by a powerful, energetic, if slightly functional, motor driven by the ultra-reliable Jordan Henderson, James Milner and Georginio Wijnaldum. Reliability and energy are two crucial qualities that United do not possess in midfield.

Paul Pogba, if he plays on Sunday, would be able to stake a claim to being the most talented midfielder on the pitch this weekend, but Mourinho simply cannot get the best out of him. Pogba is careless in possession, he slows the team down and, while he is capable of moments of brilliance, he has become a player this United team cannot accommodate successfully.

Nemanja Matic is proving too slow and immobile to make a positive impact, while Ander Herrera is not good enough to affect a game against a top quality opponent like Liverpool.

Fred, the £53 million summer signing from Shakhtar Donetsk has become Old Trafford’s “Invisible Man”, and Marouane Fellaini is too often used as a desperate Plan B in the closing stages, when every other avenue has proven to be a dead end.

Klopp has been able to build a team at Liverpool that works as a collective unit, with overlapping full-backs complementing the forwards when attacking and midfielders prepared to work at both ends of the pitch. As a team, Liverpool have become greater than the sum of their parts, but United are now a group of underperforming individuals who appear to have forgotten the old maxim that there is no “I” in team.

But it all comes back to the men in charge of the team and tactics.

Klopp exudes passion and belief in his players and they share a bond with the ex-Borussia Dortmund coach, perhaps best exemplified by his on-pitch celebration with goalkeeper Alisson following the stoppage-time victory against Everton earlier this month.

Liverpool’s players want to play for Klopp and are motivated to do so, but that cannot be said for United under Mourinho. Where Klopp is positive and upbeat, Mourinho is critical and dour and there is no warmth shown towards the Portuguese from his players. Liverpool have found themselves with the perfect blend under Klopp, while it is all going sour under Mourinho at United.

Back in 1990, there was light at the end of tunnel under Ferguson. At present, Mourinho is taking United deeper into the gloom with his team and the mood around it becoming the direct opposite of Klopp’s at Anfield.

That is why United are now so far behind their old rivals.