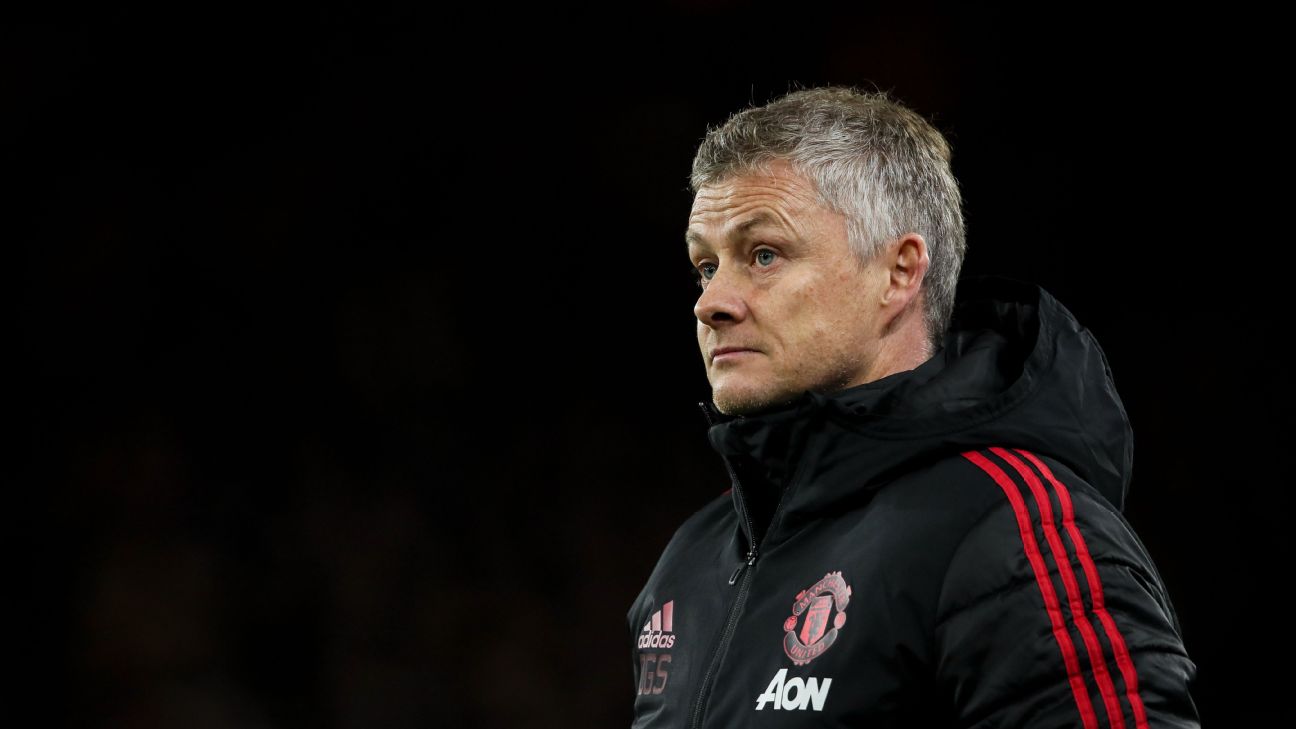 We were told to trust the process.

Jose Mourinho was gone. Ole Gunnar Solskjaer, his interim replacement, would buy you time by steadying the ship and avoiding the typhoons the Special One seemed to blithely steer into. The club would also use that time constructively, executing a thorough internal review as well as a complete, external, high and wide search for the best possible permanent manager.

It made sense and it fit executive vice-chairman — read: head honcho who answers only to the club’s owners, the Glazer family — Ed Woodward to a tee. This is how you expect a guy who majored in Physics at university, became a certified accountant and then went on to work for JP Morgan as an investment banker in mergers and acquisitions to think. There are laws you can’t avoid. There are figures that need to add up. And, when making a deal, you identify your goal and then lay out the path to reach it, never losing sight of the fact that you are looking for value.

It was rational. It was corporate. It was right. And it lasted all of 99 days, until Solskjaer was named as permanent manager on Thursday.

In less than 20 matches, the Norwegian has persuaded Woodward and the Glazers not just that he was the right man to take the club forward, but that the entire process could be ditched as well. There was no need to wait until the end of the season to make a final decision; the heir to Sir Matt Busby and Sir Alex Ferguson is right here.

It’s not just a gamble on Man United’s part, either. It’s a distinctly un-Woodwardian decision. This doesn’t necessarily make it the wrong decision, mind you. Just one that, you feel, is more about emotion and intuition than cold, hard logic.

Manchester United presented a whole bunch of reasons why Solskjaer makes sense and while there’s some validity to them, there’s also a hefty degree of spin.

Solskjaer won his first eight games in charge in all competitions and his record through 19 games — 14 wins, two draws, three defeats — is substantially better than any of his predecessors at the club in their first 19 matches. (This is true, but it’s still only 19 games. And against better sides — Chelsea, Wolves, Tottenham, Liverpool, Arsenal (twice) and Paris Saint-Germain (twice) — his record is four wins, a draw and three defeats.)

It’s not just results that have improved; performances have too. United are playing much better than before. (The bar set by Mourinho in terms of quality football, especially this season, was pretty low and there’s no question things have improved. According to Expected Goals (xG) data from StatsBomb, Mourinho’s United averaged 1.23 xG a game in the Premier League compared to Solskjaer’s 1.49, while conceding 1.69 to Solskjaer’s 0.91. But you don’t need big data to see that despite some subpar performances in recent weeks — against Arsenal, Wolves, Liverpool, PSG at home — there has been a marked improvement.)

Solskjaer is an excellent man-manager, he’s always positive and the players all speak of him very highly in public. (Again, compared to latter-day Mourinho, Dr. Gregory House would have been a barrel of fun. As for players saying nice things about the boss when the team is winning? That’s par for the course: don’t read too much into that. But sure, he seems pleasant and level-headed.)

Solskjaer has a genuine commitment to playing youngsters in keeping with the club’s long-standing tradition: a third of the matchday squad against PSG were academy graduates. (Correct, but it should also be noted that United had no fewer than 10 players unavailable that day. And the thing about playing the kids, if you’re a big club, is that the kudos run out pretty quickly if you don’t get results to go with it. Louis Van Gaal, after all, played the likes of Cameron Borthwick-Jackson, James Wilson, James Weir, Nick Powell, Paddy McNair, Donald Love, Will Keane, Tyler Blackett and Tom Thorpe… a fat lot of good that did.)

Solskjaer spent 11 years at the club as a player and two as reserve-team coach. He understands the culture and the inner workings. He’s United through and through. (This is true. But then so are Ryan Giggs and Phil Neville, who both had assistant roles under David Moyes and Louis Van Gaal, and you wouldn’t necessarily want those guys back as permanent managers.)

Solskjaer is very close to Sir Alex Ferguson and has his blessing. (So was Moyes.)

If you’re a glass half-full guy, these are reasons to consider Solskjaer, not to hand him the job two months early without the benefit of 50 percent more time to evaluate him. That’s why, you suspect, other factors come into play.

One is money. Solskjaer will earn less than half what Mourinho was paid, which also makes replacing him a whole heck of a lot cheaper should things not work out. He’s also far more pliable than his two immediate predecessors, Mourinho and Van Gaal. It’s partly because he lacks their long resumes and political heft, and partly because Solskjaer simply appears like a more reasonable human being. If he doesn’t get his way, he’s unlikely to moan to the media about Woodward’s failings (real or perceived) or throw his players under the bus.

The other, quite obviously, is that there’s a tremendous feel-good factor surrounding Solskjaer. United fans adore him and you get the impression that many, if not most, want him in charge. This is a popular decision at Old Trafford, any way you slice it. And both Woodward and the Glazers could use some extra popularity.

You wonder, though, if the deciding factor was the cons of other potential candidates as much as much as Solskjaer’s pros.

It was widely reported that Mauricio Pochettino was top of Woodward’s list. Getting him out of Tottenham Hotspur was never going to be straightforward (and far more expensive, given his hefty long-term contract) or devoid of acrimony (Spurs are going head-to-head with United for a place in the top four). Was it a case of Woodward deciding that this was one can of worms best left unopened? Was Pochettino less enthusiastic about the gig than United thought he might be?

These questions will remain unanswered for a while. In the meantime, Solskjaer has to show he deserves United’s leap of faith. Ninety-nine days aren’t enough. This is Manchester United, a place where — despite the bruises of the post-Sir Alex Era — standards remain sky-high and the urgency to return to the top, particularly with Liverpool and Manchester City, the eternal rivals and the noisy neighbours, currently first and second in the table.

We haven’t seen how Solskjaer handles a crisis at a club of this magnitude, nor do we know how he’ll approach recruitment, which has been one of the sore spots since Sir Alex left. (And yes, he’ll be in the thick of it: every indication is that the club won’t appoint a high-profile Director of Football but instead will promote internally, meaning whoever gets the gig will be subordinate to Solskjaer — and Woodward, of course — in the decision-making process.)

What’s evident here is that having initially indicated they would trust the process, Man United have done a 180. They are trusting their gut, their emotions and a tiny sample size instead.