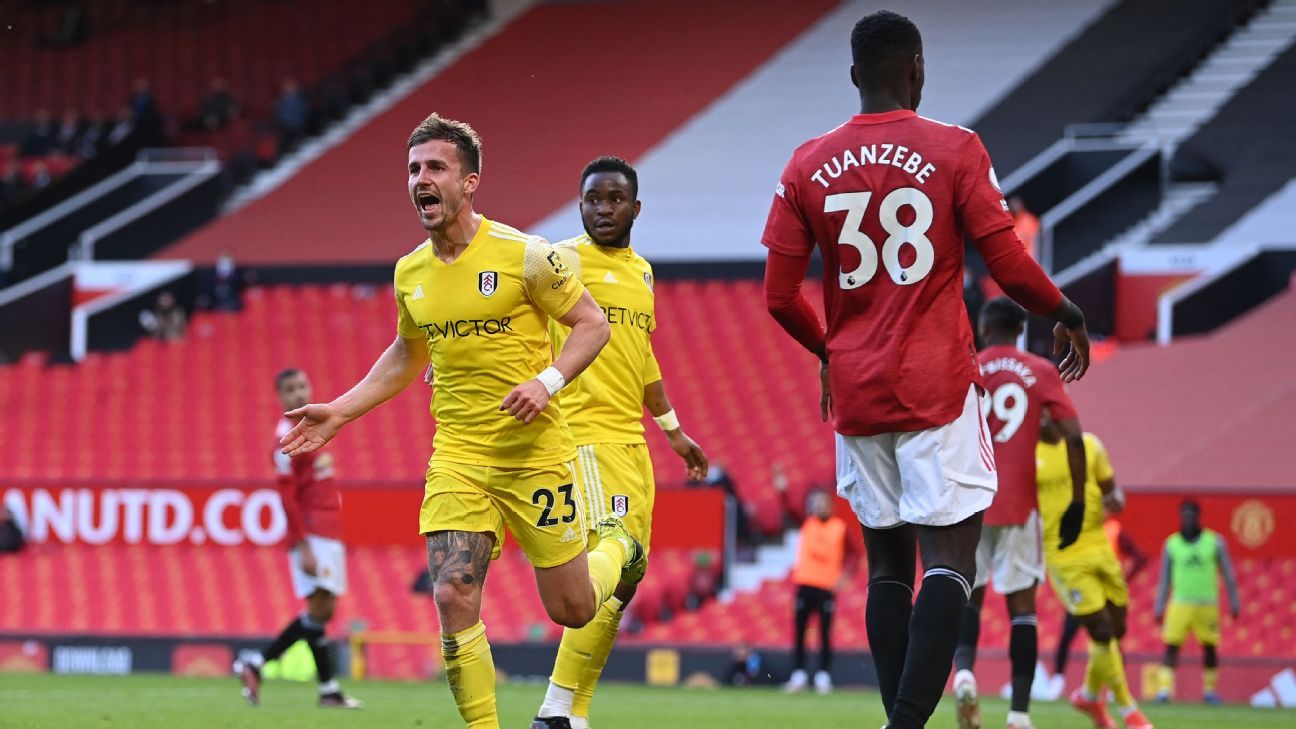 Manchester United will have to wait until the final day of the season to confirm a second place finish in the Premier League after being held to a 1-1 draw by relegated Fulham.

Edinson Cavani‘s long-range goal looked to have given United all three points as fans returned to Old Trafford but Joe Bryan‘s late header earned Fulham a share of the spoils.

Cavani, who has scored 9 goals in last 10 matches across all competitions, struck with a driven effort on 15 minutes after catching Fulham goalkeeper Alphonse Areola off his line.

But Bryan, who scored the goals that saw Fulham win the playoff final and earn promotion to the Premier League, equalised on 76 minutes to deny United a much-needed win.

With the Europa League final in eight days’ time, United have now failed to win in their last three games.