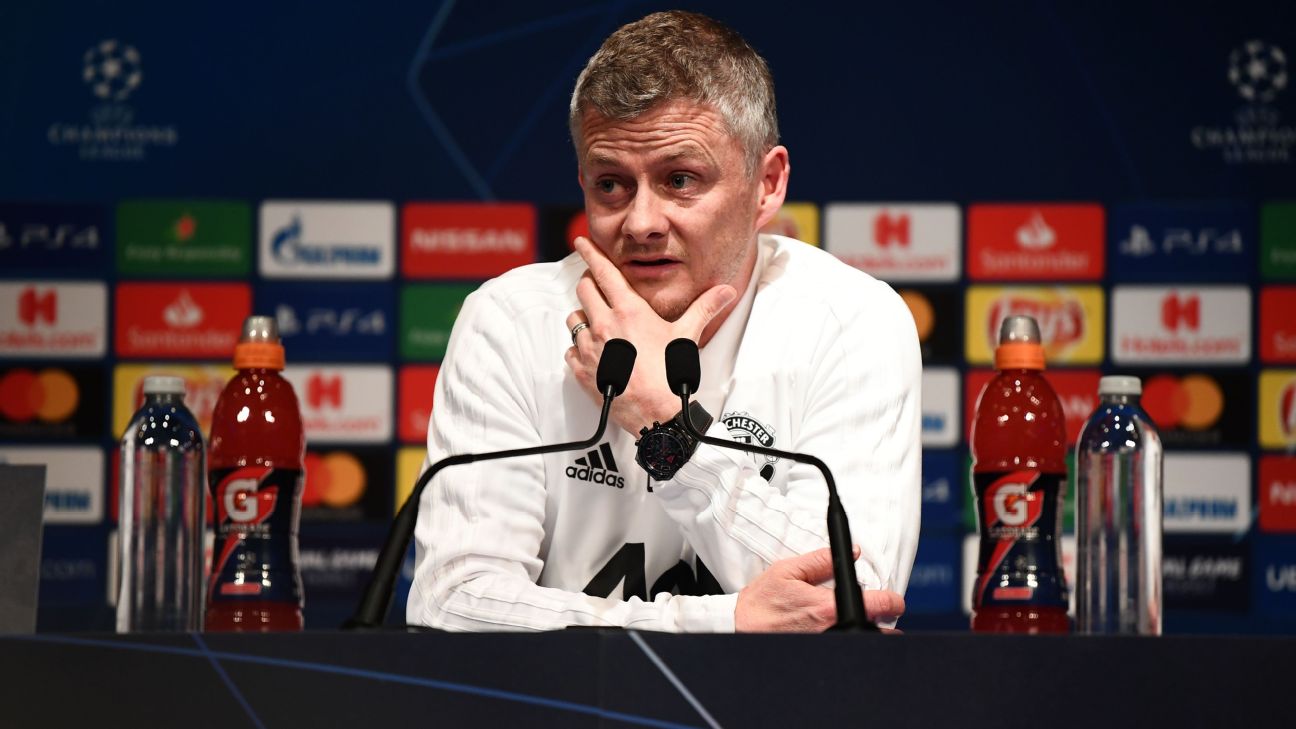 United have travelled to Paris with 10 players missing due to injury and midfielder Paul Pogba suspended due to a red card in the first-leg at Old Trafford.

As a result, Solskjaer has been forced to name untested youngsters such as Brandon Williams and Mason Greenwood in his squad simply to ensure United can fill the substitutes’ bench at Parc des Princes.

There have been 106 previous occasions when a team has lost 2-0 at home in a Champions League knock-out and not one has been able to overturn that deficit to progress.

But Solskjaer has said that United will have a chance of making the quarterfinals if they can score first on Wednesday.

“It’s never mission impossible,” Solskjaer said. “It’s difficult, but we’ve got to get the first goal and then anything can happen.

“We are 2-0 down, but we’ll never approach any game as a lost cause. We put that pressure on ourselves. Everyone expects us to go out, and go out easily, but that doesn’t happen with Man United.

“Our pride was hurt last time we played them, so we’re going to see players who give their all and, if we get nine or 10 playing to the top standards, we’ve got a chance.”

Solskjaer, a Champions League winner with United in 1999, believes his team can take hope from Juventus’ ultimately unsuccessful fightback against Real Madrid last season and PSG’s capitulation against Barcelona in 2017, when the French club lost the second-leg 6-1 after winning 4-0 at home.

“There have been some results in the Champions League over the last few years,” he said. “I don’t want to call it strange, but last year Juventus lost 3-0 at home to Real and, suddenly, they were 3-0 up at the Bernabeu.

“The year before that, Barca came back against PSG. We remember those results and there are so many examples of teams who can change results like this.

“My players have been fantastic away from home, they have beaten Tottenham, Arsenal and Chelsea, so it gives us belief.

“We need to stay in the game with half an hour left and, if there is one goal in it, anything can happen.

“But we need a good plan and it needs to be put in place. We need to perform on the night because they are a team full of quality.”

Anthony Martial, who limped out of the first leg with a groin injury, has been left behind in Manchester in an attempt to recover in time for Sunday’s Premier League trip to Arsenal.

But Solskjaer confirmed that Alexis Sanchez is facing a spell on the sidelines with a knee injury suffered against Southampton at the weekend.