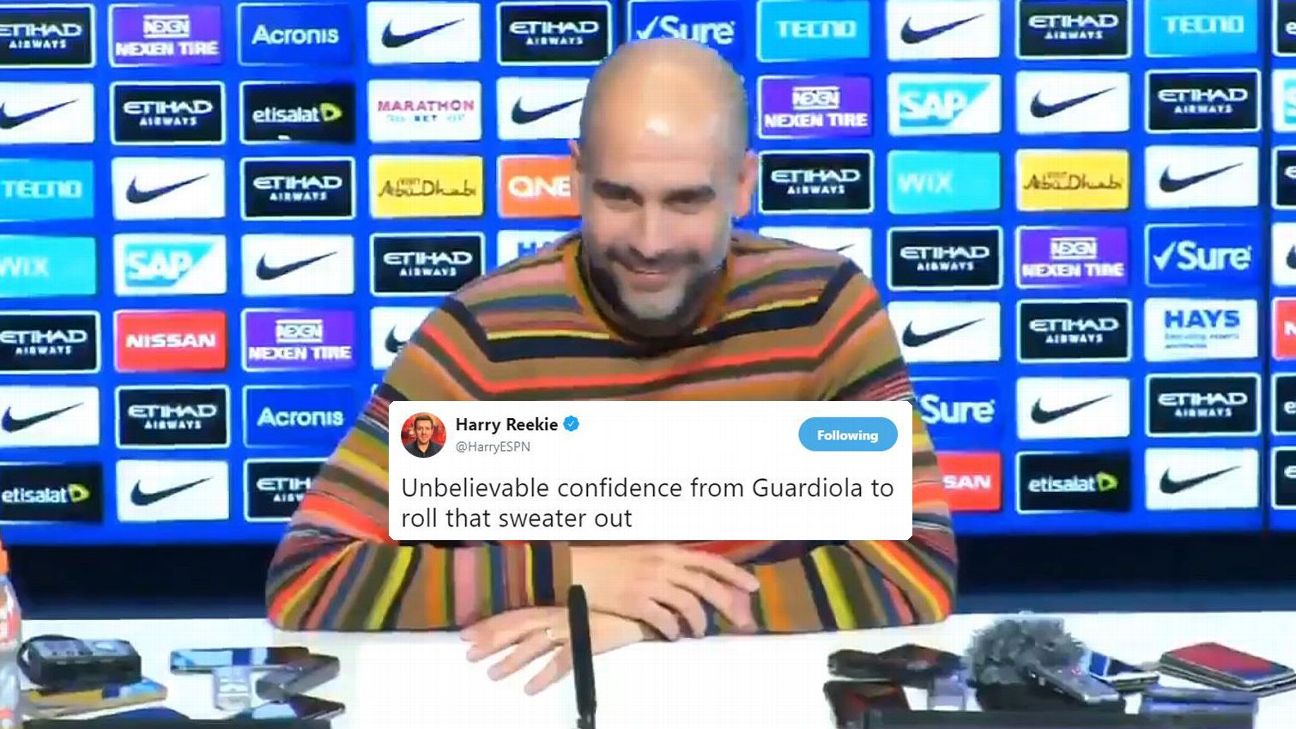 Manchester City may have seized back the lead (if only temporarily) in the Premier League title race a few days ago but all talk at Pep Guardiola’s Friday news conference was about the Spaniard’s choice of attire.

Looking like something from the carpet clearance aisle, the clothing in question caused something of a stir as Guardiola opted for an audacious jumper covered in multi-coloured stripes.

Unbelievable confidence from Guardiola to roll that sweater out pic.twitter.com/F9Zvfb0R2U

Indeed, the jumper of many colours caused something of a stir on social media, with dazzled onlookers doing their best to gather their thoughts in the face of such outlandish style.

When you’ve got a City press conference at 1.30pm and an audition for Joseph straight after pic.twitter.com/lYc4U3EGIz

You don’t wear a jumper like this unless you know the league is yours. Confidence 100. #Pep pic.twitter.com/L0zYiClseM

Should you wish to buy one of Pep’s pullovers for yourself, at time of writing the (no doubt haute couture) maker is yet to piggyback on the global publicity and own up to designing it. -But if you are after a similar item, then try your local jumble sale — particularly if you happen to live in a retirement community of some kind.

Of course, Senor Guardiola is no stranger to esoteric knitwear. In short, the man is nothing short of a sartorial maverick.