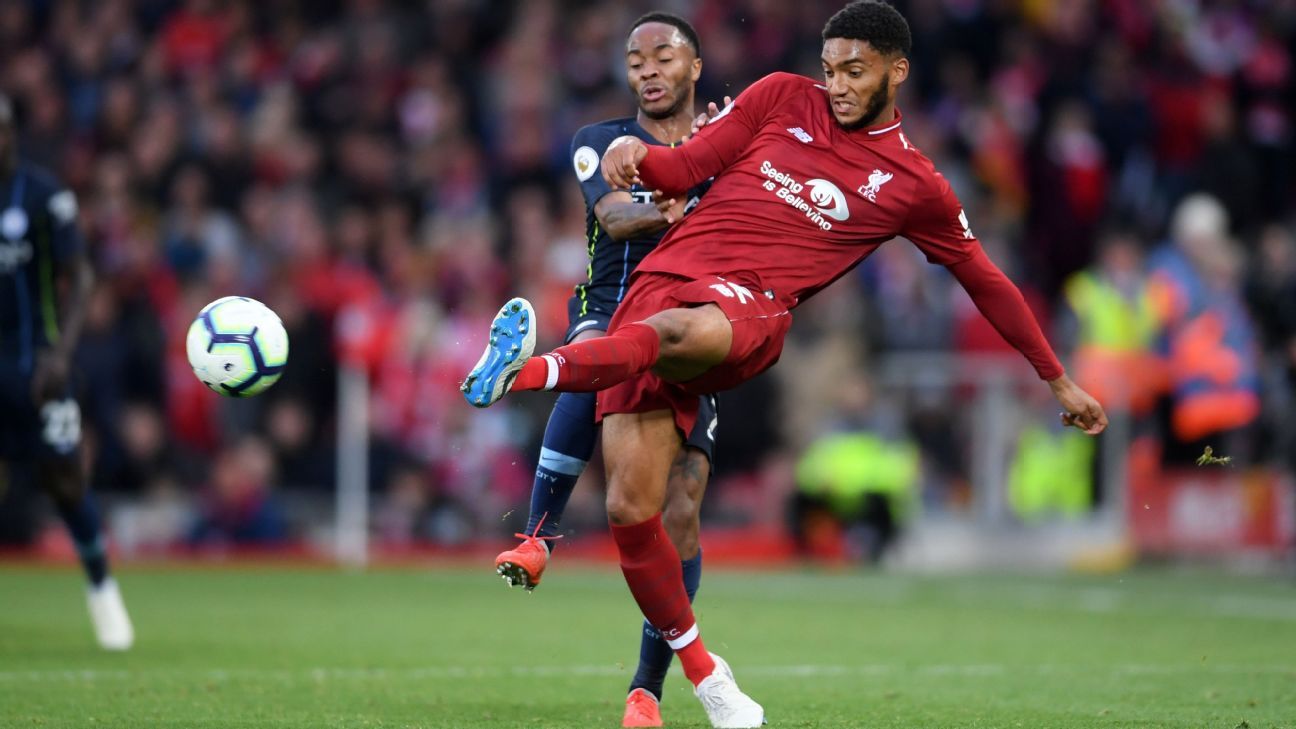 The 21-year-old England international has been sidelined for over three months after fracturing his lower left leg against Burnley on Dec. 5 in Premier League action.

“It is nice — Joe is not injured anymore and nearly fit,” Klopp told the team’s website. “He has to work on his endurance, that’s how it is and how the boys always have to do it, like [Alex Oxlade-Chamberlain] had to do it when he was finally back in training.

“After a long time, I think Joe was out for 15 weeks, that is long, so he needs to now create the basis again for the rest of the season.”

Liverpool lead Manchester City in the race for the Premier League title by two points with City having one game in hand. The Reds host Tottenham Hotspur this weekend.

Klopp added that he hopes for Oxlade-Chamberlain to return to full training this week following an injury on March 8 in limited action with the U-23 squad.

“I spoke to him a second ago; Ox is positive, we are all positive,” Klopp said. “It was a little setback, it was not more, but it was a setback. That’s how it is.”