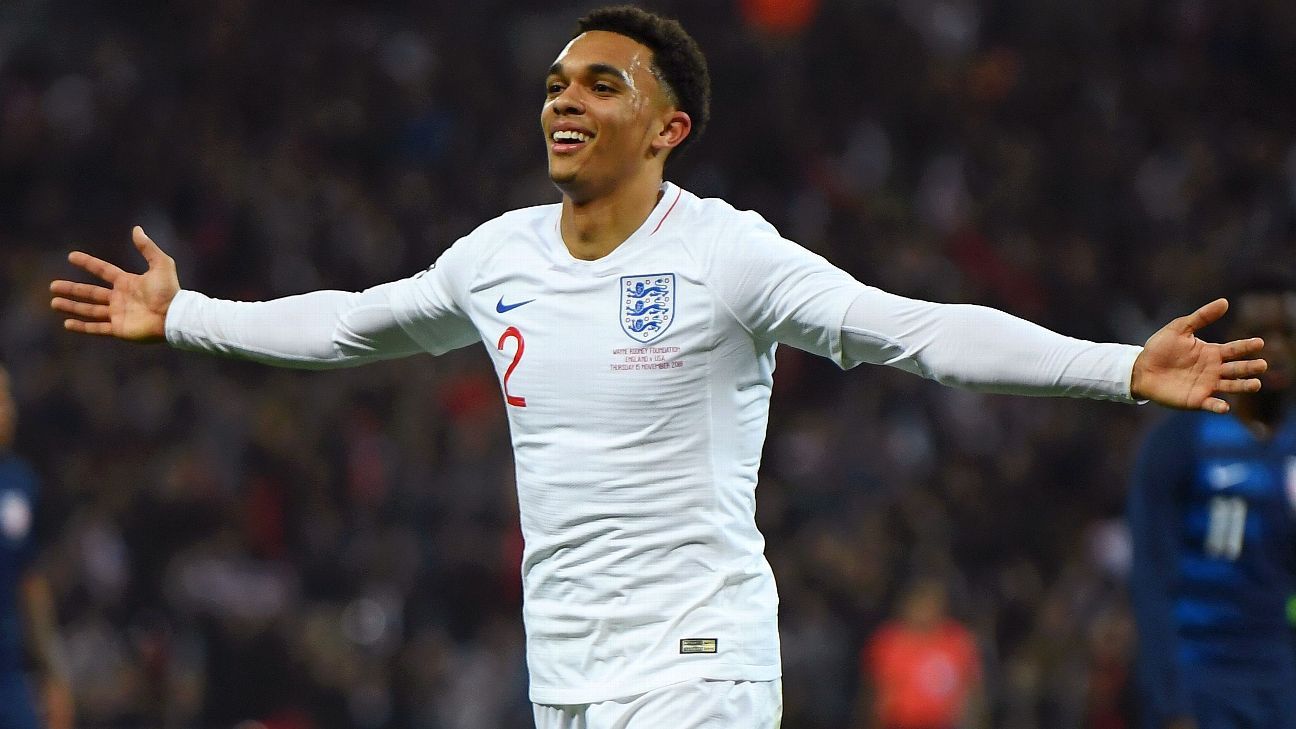 Liverpool right-back Trent Alexander-Arnold has withdrawn from the England squad for their European Championship qualifiers due to a back injury, the English FA said on Wednesday.

The defender had been nursing the injury and despite making progress, it is unlikely he will be fit for Friday’s home match against the Czech Republic or Monday’s game in Montenegro, the FA said.

Alexander-Arnold has returned to Liverpool to continue his rehabilitation and has not been replaced in England manager Gareth Southgate’s squad.

England were drawn in Group A, which also includes Bulgaria and Kosovo, for Euro 2020 qualifying.

The top two are guaranteed a spot at the tournament, although England are ensured at least a playoff place having won their UEFA Nations League group.