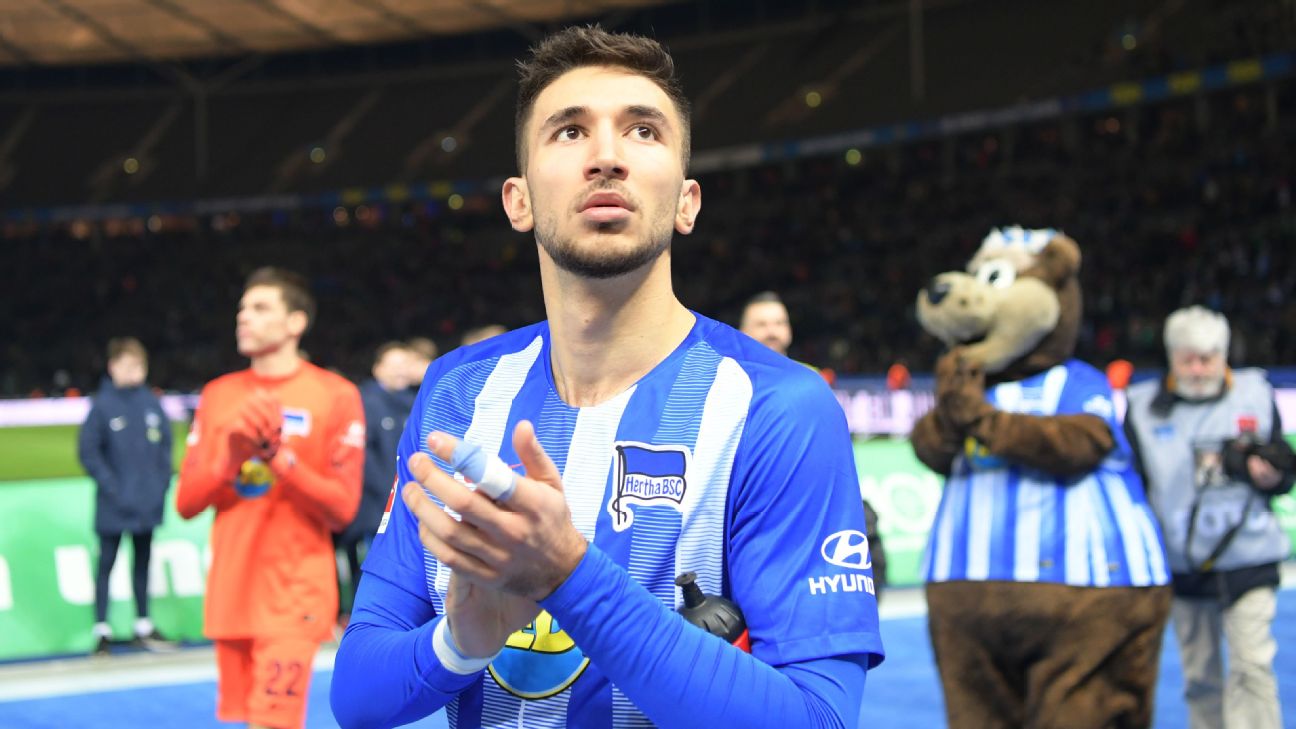 BERLIN, Germany — Marko Grujic has said Liverpool’s favourites tag against Bayern Munich in the Champions League highlights the progress made under Jurgen Klopp.

Liverpool, last season’s finalists in the competition, meet the Bundesliga champions in the round of 16 first leg at Anfield on Tuesday.

And Grujic, who is spending the season on loan at Hertha Berlin from Liverpool, said the reputation of Klopp’s side is now much different to when he signed in January 2016.

“It’s changed,” the midfielder told ESPN FC. “Now everybody is like: ‘Liverpool will go through, 100 percent.’

“But with Bayern, you cannot be sure that much that Liverpool will go through. Looking from the form point of view, Liverpool is a much bigger favourite, I would say.

“I’m looking forward to it. Maybe I have the chance to go see it in Munich because it’s not too far.

“They [Bayern] are normally like Liverpool in England — one of the most dominant teams in Germany. They play possession football from the back and as soon as they lose the ball, they try to win it back and counter-press.

“They are two really quality teams and two of the biggest teams in the world. It will be enjoyable for us to watch the game.”

Liverpool are battling Manchester City for the Premier League title, with Klopp’s work on Merseyside gathering plenty of attention in Germany. Klopp won two Bundesliga titles with Borussia Dortmund and will return to his homeland for Liverpool’s second leg at Bayern on March 13.

“I can see in the newspaper that there is a lot of information about Liverpool because Klopp is German and he was doing some great things in Dortmund,” Grujic said. “I think Germans really love following Liverpool because of him and the style of play.

“It’s a massive game for the fans here in Germany and in England. Liverpool-Bayern, everyone will enjoy it.”