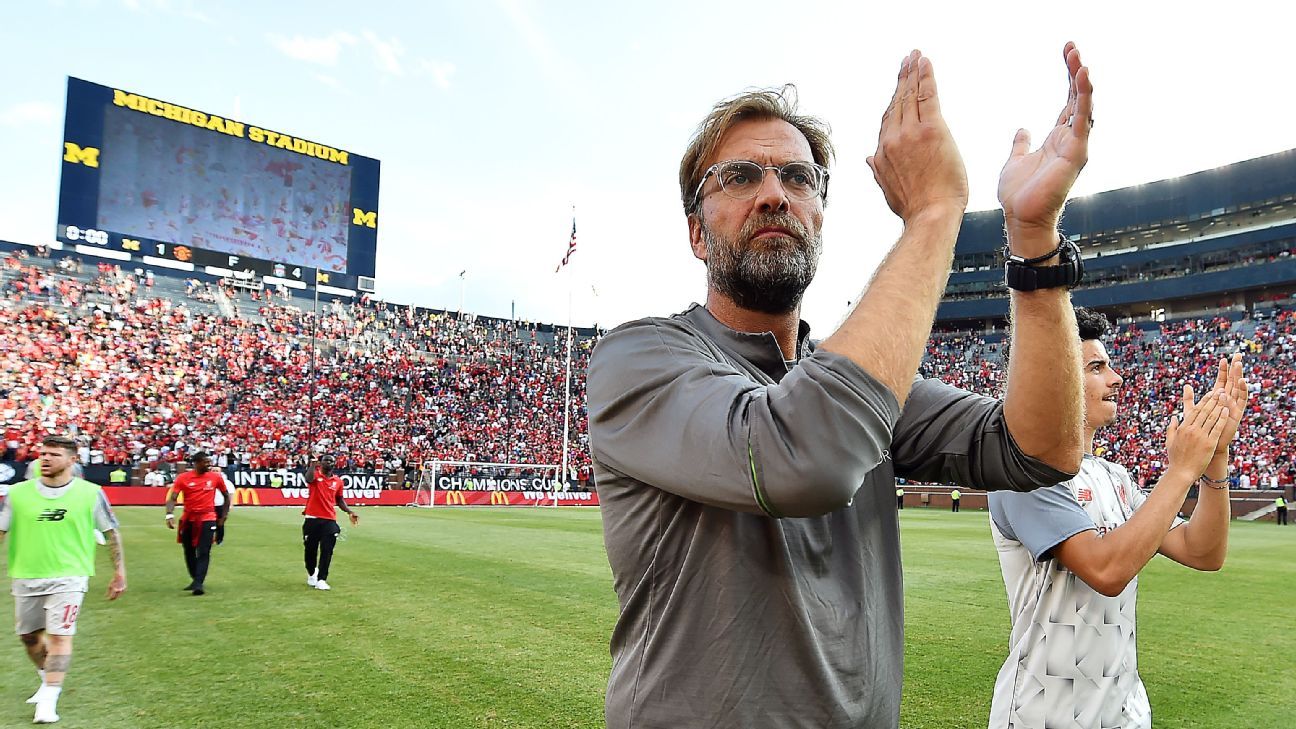 Liverpool are exploring the idea of returning to the United States for their preseason tour ahead of the 2019-20 campaign, sources have told ESPN FC.

Jurgen Klopp’s side visited America last summer when they played friendlies in Charlotte, NJ and Ann Arbor, MI — where they beat Manchester United 4-1 in front of a 105,000-strong crowd — as part of the International Champions Cup.

And Liverpool could return to North America for the second straight summer in what would be a break from tradition — the club have usually alternated between America and Asia for preseason tours.

Liverpool used Stanford University as their main base for the tour of the U.S. in 2016 — Klopp’s first preseason in charge of the club.

In July 2017, they participated in the Premier League Asia Trophy in Hong Kong, although monsoon conditions disrupted training and led to concerns about the state of the pitch at the stadium where the tournament was being held.

For the past two summers, Liverpool have held a European-based training camp upon their return from tours overseas.

Meanwhile, Liverpool have announced that promising academy striker Paul Glatzel has signed his first professional contract at the club.

The 18-year-old, born in Liverpool to German parents, has scored 23 goals at youth level this season and spent time with the first team at Melwood.