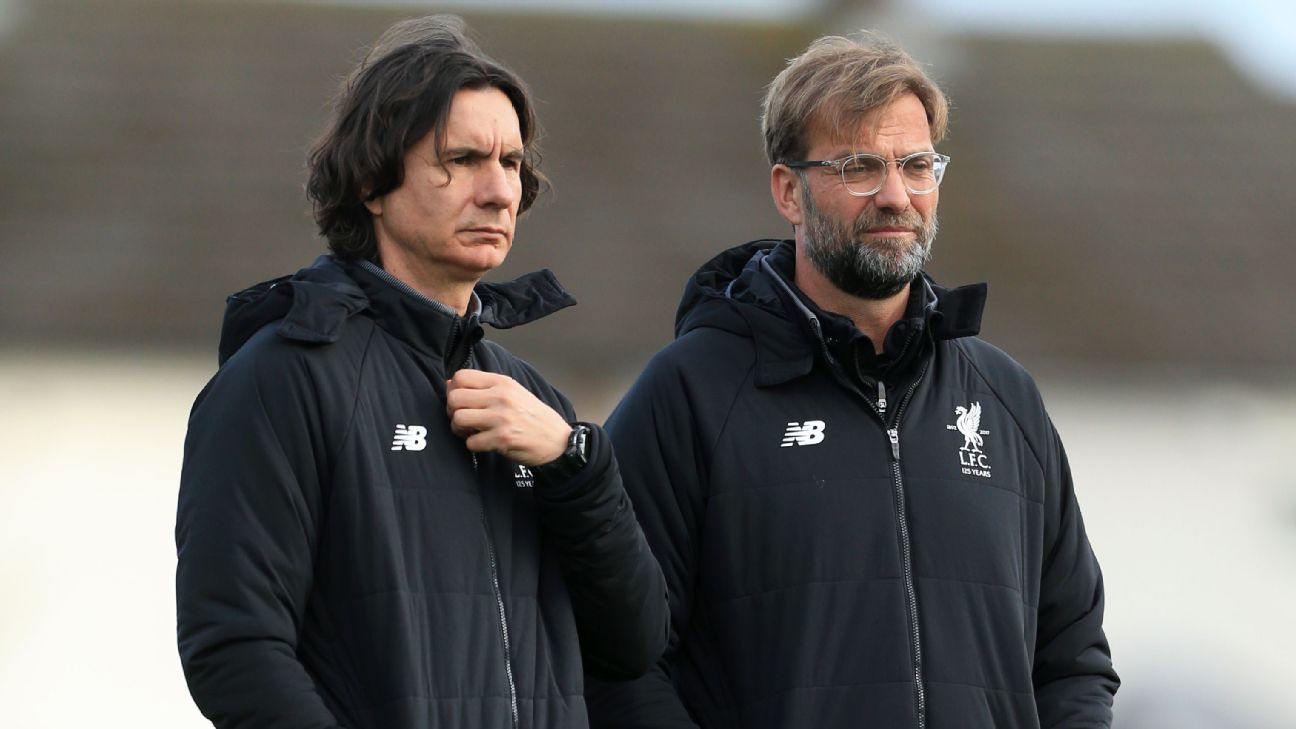 Liverpool have confirmed Zeljko Buvac’s permanent departure from the club while sources have told ESPN FC Pepijn Lijnders turned down opportunities to stay in management to become assistant manager at Anfield.

Buvac, Jurgen Klopp’s long-time assistant, had been absent on leave since April after Liverpool announced he would be spending “time away” from the club due to “personal reasons”.

But sources told ESPN FC on Saturday that Liverpool and Buvac had reached agreement to finally settle his contract with the club.

The Bosnian-Serb’s profile has now been removed from Liverpool’s official website. A source said his departure from Liverpool was down to a breakdown in his 17-year working relationship with Klopp.

Meanwhile, Lijnders returned to Liverpool in June after a five-month spell as head coach of NEC Nijmegen in the Netherlands.

Sources have said that an English League One side and two first-tier European clubs approached Lijnders about managerial positions, following his departure from NEC.

The 35-year-old, however, was extremely keen on a return to Liverpool’s coaching staff, having been promoted to first-team development coach by Brendan Rodgers in 2015.

Lijnders, who started at Liverpool as Under-16s coach, told ESPN FC in April that Klopp was one of the most important influences on his coaching career and remained in close contact with German while at NEC.

Lijnders has now been given the job title of assistant manager at Liverpool, along with Peter Krawietz, who worked with Klopp at Mainz and Borussia Dortmund.