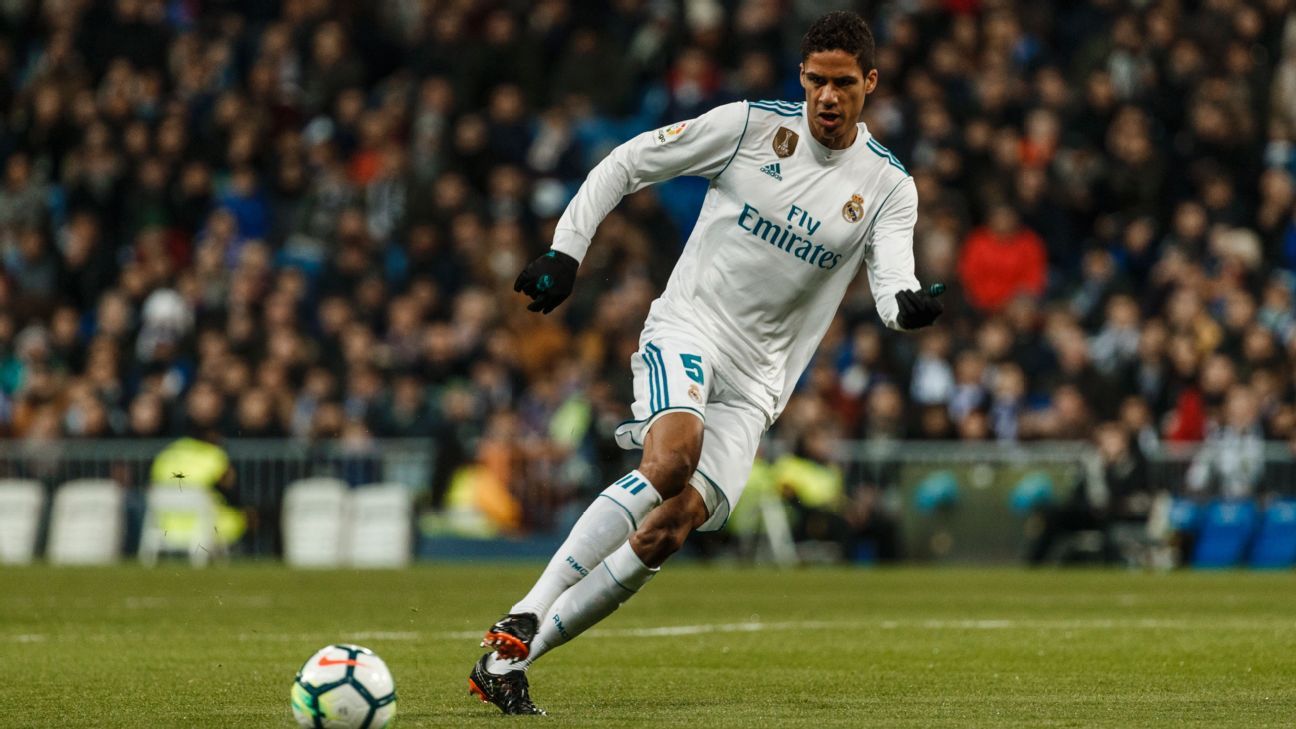 Real Madrid defender Raphael Varane has reportedly stunned bosses at the Bernabeu, with L’Equipe claiming that the Frenchman is considering leaving the Spanish giants.

Varane has been in the Spanish capital for eight seasons after signing for the club as an 18-year-old from Ligue 1 side Lens in 2011, and with 16 trophies under his belt at Los Blancos, it is believed that the 25-year-old could be on the lookout for a fresh challenge.

Signing the centre-back wouldn’t be cheap, though. Varane has more than three years left on his Real Madrid contract, and he has a nine-figure release clause in the deal, which means any move for the World Cup winner would surely eclipse the highest fee paid for a defender, when Liverpool signed Virgil van Dijk from Southampton for around £75 million.

Manchester United, who have held long-term interest in the defender, are front of the queue.

09.04 GMT: Benfica´s rising star Joao Felix says he is not getting carried away by rumours linking him with top European clubs.

Felix, 19, is a reported target of Manchester United, Juventus and Real Madrid and has scored 10 goals and set up five more in 18 league appearances. The midfielder has a €120m release clause, but is trying to remain calm over a future move at this point.

“I’m not worried whatsoever about my value in the market, the transfer windows,” Felix said during a sponsorship event, as reported in Record. “I only focus on playing, that’s what I’m here for, the rest I leave it to the (Benfica) president. How much am I worth? Two million is fine. I’m going through the best time in my life but everything has happened so fast. I haven’t really stopped to think about it. I remain humble. I’m happy at Benfica, people like that I’m here and I’m also happy here.”

Asked about being likened to Cristiano Ronado, he said: “At the end of my career we shall see. I’ve always liked Kaka, Cristiano Ronaldo, Messi and Neymar.”

08.30 GMT: FC Porto goalkeeper Iker Casillas says he intends to end his career at the club, with the former Spain captain confirming he will sign a new deal this week until June 2021.

Casillas joined Porto from Real Madrid in the summer of 2015 and has kept 71 clean sheets in 149 appearances for the Dragoes. His contract ends this summer.

“Since I’ve arrived in Portugal, (FC Porto president) Pinto da Costa has treated me so well,” Casillas told Movistar+ .”This week I’m going to renew my contract with Porto that will see me remain at the club until I’m 40. I’m 38 now so I will probably end my career at FC Porto.”

Arsenal are set to send loanee Denis Suarez back to Barcelona, with boss Unai Emery already drawing up a short list of potential replacements, says the Sun.

The Spaniard has struggled to adapt to the physical side of the English game following his temporary switch in January, with the Barca academy product yet to start a game while struggling to make an impact in his half-dozen substitute appearances for the Gunners.

The Arsenal hierarchy are unlikely to convert the 25-year-old’s loan move into an £18 million permanent deal, with sources in the report claiming that PSG midfielder Christopher Nkunku is their preferred target in the summer.

The French youth international impressed Emery during his managerial tenure at Le Parc des Princes and is set to be available again for a move across the Channel in a few months after the north Londoners failed in an attempt to sign the 21-year-old on loan in January.

With Chelsea’s push toward a top-four finish being dealt a huge blow following a 2-0 defeat by Everton on Sunday, it appears that the European elite are circling around Stamford Bridge’s prized assets.

Reports linking Eden Hazard with a move to the Bernabeu continue to rumble on, but Calciomercato are reporting that as many as three of the continent’s biggest hitters are interested in signing French midfield enforcer N’Golo Kante.

The 27-year-old has four years remaining on his contract in west London, but with the club’s chances of securing Champions League football in serious jeopardy, Juventus, PSG and Real Madrid are keen to take advantage. Chelsea would be reluctant to sell, however, with the club facing a lengthy transfer ban, which means any replacement for Kante would have to come from within the current ranks.

— Arsenal’s protracted search for a new director of football looks set to continue after former Gunners winger Marc Overmars extended his contract at Ajax. The Dutchman spent three years of his playing career in north London, but The Telegraph says the 45-year-old has decided to face the “many challenges” he has ahead of him in Amsterdam.

— Former Real Madrid goalkeeper Iker Casillas has revealed his desire to return to La Liga despite recently signing a contract extension with Portuguese giants Porto, according to Marca. The 37-year-old was speaking at an official La Liga event and said to those in attendance: “I would love to return to La Liga. My Real Madrid and Spain careers are in the past.”

— The Sun claims that Manchester United are considering sending midfielder Andreas Pereira out on loan next season, but only if the Brazilian agrees to a long-term contract extension. The academy graduate triggered a 12-month add-on at Old Trafford last week, but Ole Gunnar Solskjaer is prepared to let him leave on temporary basis to gain first-team experience. Leicester City are believed to be a potential domestic destination for the 23-year-old.