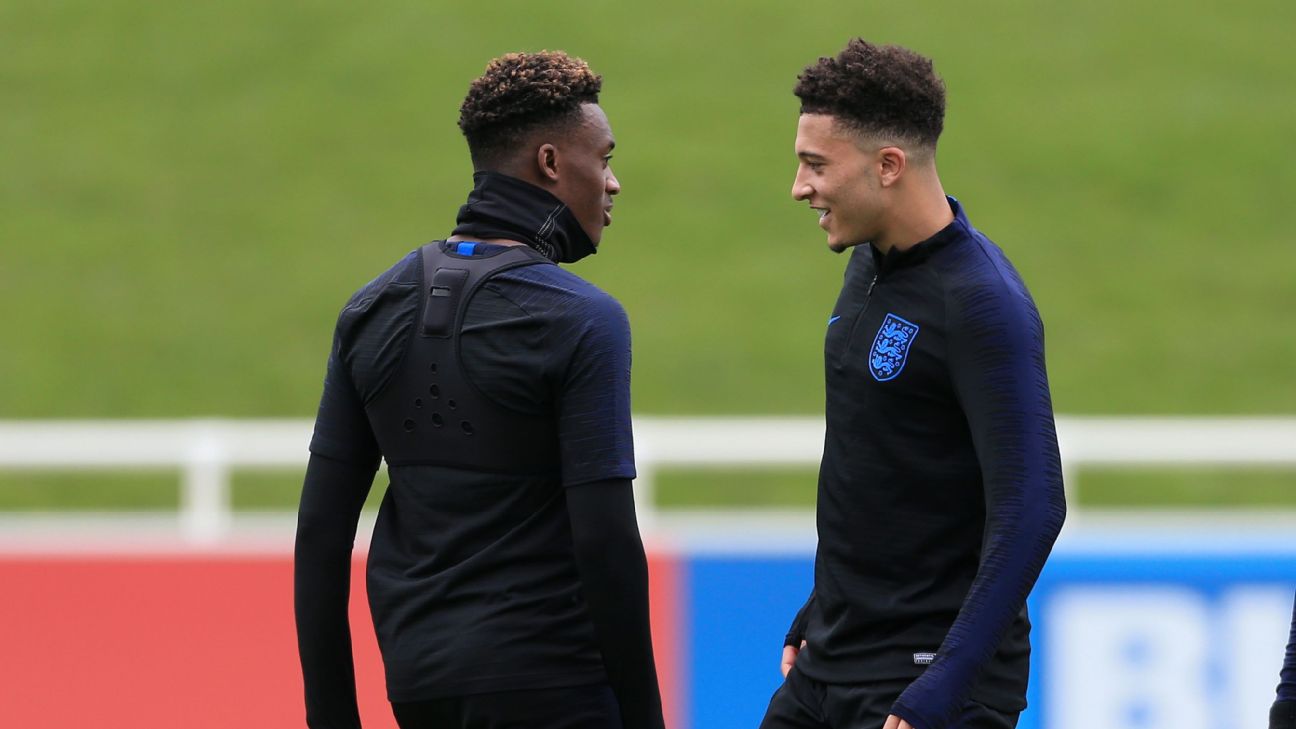 Promising Borussia Dortmund attacker Jadon Sancho could be heading to Old Trafford this summer, as The Express say that his former club Manchester City did not include any clause on the player preventing him from joining another club when he was sold for just £8m back in 2017.

City do have a buy-back clause on Sancho, but if United are willing to spend up to £80m then there’s nothing the blue half of Manchester could do about it.

Dortmund meanwhile have their own plans for when Sancho departs, according to the Mirror, namely to sign another young Englishman who has been making waves: Chelsea’s Callum Hudson-Odoi.

The winger has been the subject of a few bids from Bayern Munich with his contract running down and no plans to extend it. But if Dortmund can go higher than £35m, they would land ANOTHER teenager superstar and stick the boot into their main rivals in one fell swoop.

08.28 GMT: Gazzetta dello Sport report that PSG remain in the hunt for Fiorentina’s Federico Chiesa. Juventus are also keen and could raise some funds by selling winger Douglas Costa.

08.00 GMT: Mauro Icardi‘s standoff with Inter Milan appears set to end amid reports that he will return to training with the club on Thursday.

The Argentine forward has not been on the field in more than a month, since being stripped off his captaincy amid protracted contract negotiations. The 26-year-old Icardi has said he has a knee injury, although the club has said that tests did not reveal any particular problem.

After the meeting, Icardi made three Instagram posts featuring black-and-white photos of him wearing Inter’s shirt and the captain’s armband.

Discussions between Everton and parent club Barcelona are ongoing when it comes to the long-term future of loan star Andre Gomes, but now a third party appears to have now entered the equation. While Everton have been benefiting from the midfielder’s services this season, Tottenham are now thought to be interested in securing the signature of the 25-year-old for the 2019-20 campaign and beyond, according to The Sun.

The prospect of Spurs being able to offer more Premier League football, combined with Champions League action and a shiny new stadium, could be enough to thwart the Toffees’ plans and tempt Gomes away from Merseyside to the capital.

In a recent interview with Sky Sports, Gomes kept his cards close to his chest on the subject of his future, adding that he’s enjoying his football again and wants “to give the best performances” he can.

While on the subject of Goodison Park, another man who could be on the way out is Brazilian star Richarlison, if reports from MilanNews are to be believed.

That’s if an agreement can be made on an appropriate transfer fee between Everton and AC Milan. The Italian side have expressed a longstanding interest in the forward, stretching back to his time at Brazilian outfit Fluminese. However, Milan aren’t willing to splash as much as £60 million on Richarlison, which is the fee the Toffees have put on the table.

Richarlison signed for Everton from Watford for almost half of that figure, £35m, last summer. With Everton having won just two of their last 11 matches, and Milan potentially being able to offer European football next season, the San Siro could provide a suitable backdrop for the 21-year-old.

Moreno to find game-time in Lazio?

Out-of-favour Liverpool left-back Alberto Moreno might be on his way to Lazio in the summer, according to The Independent.

The Spaniard would join former Liverpool teammates Lucas Leiva and Luis Alberto should the deal go through. Game time has been sporadic for Moreno this season thanks in no small part to the magnificent form of Scottish international Andrew Robertson.

The Independent understands that Lazio are close to signing a pre-contract agreement with Moreno, but they may have to compete with AS Roma for his signature.

– Inter Milan are inquiring for the services of Valencia’s Rodrigo Moreno, according to Marca, citing Corriere dello Sport. The Brazilian-born Spain international is under contract until 2022 and has a €120m buyout clause, but the Serie A side see him as a way to bolster to their attack.

- Tanguy Ndombele could be bound for Paris, if you believe what the Lyon president has to say, according to The Mirror. Ndombele is one of European football’s hottest prospects, with a host of clubs falling over themselves for his signature. And supremo Jean-Michel Aulas has suggested he’d sell to moneybags Paris Saint-Germain if they match his £90m estimation.